Crunk. Hyphy. Death Rap. There is a subgenre of hip-hop for everyone, and for the past 10 years, geeks, hackers and gamers have had nerdcore—that sometimes-impressive, sometimes-cringeworthy lyrical ledger of rapid-fire references to anime, gaming, hacking, cosplay and programming.

But even within nerdcore, there are subdivisions, like CS rap: songs specifically for coders and programmers. Whether you’re looking for a late 90’s hacking throwback, a new punk anthem to chant along with against MPAA overreach, or the musical interlude for your crypto-oriented podcast, these are the tracks for you.

For your algo-rhythmic listening pleasure:

Futuristic Sex Robotz’s “Fuck The MPAA” might not seem like a perfectly logical successor to Anti-Flag’s “The Project For A New American Century,” but if online pirates need a worthy target of anti-establishment sentiment, the Motion Picture Association of America is a worthy target.

“But wait,” you say. “I was hoping for something more accessible, like a ‘Boulevard of Broken Dreams’ parody about 90’s-style phone hacking.” Your wish is granted.

Phreaking, phone hacking and blue boxing are going extinct as hobbies as landline telephones join fax machines in the annals of history. But in a way, that nostalgia gives this one a tragic, romantic twinge that really takes the edge off of the stalker-y vibe from the music video.

“You know rappers can’t pay bills / Face the tax implications of evasion when they stack mils / Got a homie phil deuce one taught me the solution / Dumping all his knowledge from the booth, son…”

YTCracker earned his proverbial street cred as a hacker by defacing the websites of NASA, the Texas Department of Public Safety, a handful of car companies and even a bank or two, before going on to become one of nerdcores most visible M.C.s. To this day, he’s still known to the grace the DEF CON stage, and is one of the few original nerdcore rappers still in the game.

“We Are All Aaron Swartz”

“My Girlfriend Is a Hacker”

“My Girlfirend Is A Hacker” tells the true story of the college romance of Int Eighty, Cincinnati-based nerdcore rapper and front-man of Dual Core, and his web developer girlfriend. It’s got a surprisingly soulful old-school flair that really warms the heart, if you can get past the fact that the rapper is totally amazed that a woman might be interested in computer science.

Before Bitcoin, Web 2.0 and the Internet of Things, there were the O.G.s of nerdcore. One of these prime movers of chip hop was Armand Navabi, also known as M.C. Plus+. Mr. Navabi has since stepped away from the mic—last time he dropped a new track was back in 2007—and may or may not currently be a developer for Google now. Though if his Twitter account is any indication, he’s still got a little bit of that nerdcore fire in his veins:

Call me Tunechi Navabi, or don't call me at all. #tunechi @Tunechi_Quotes

Speaking of MC Plus+: There was, at one point in nerdcore’s storied history, a semi-serious rivalry between MC Plus+ and another now-retired M.C. named Monzy.

Monzy wrote back in 2006 that “The Pimping Lemma” is some kind of “tribute to the brave women of computer science,” but the whole thing is simply crass and heteronormative top to bottom (it was legitimately difficult finding a half-decent quote).

Still, it gets an honorable mention for being the most prominent example of what appears to be a nerdcore East Coast/West Coast rivalry. 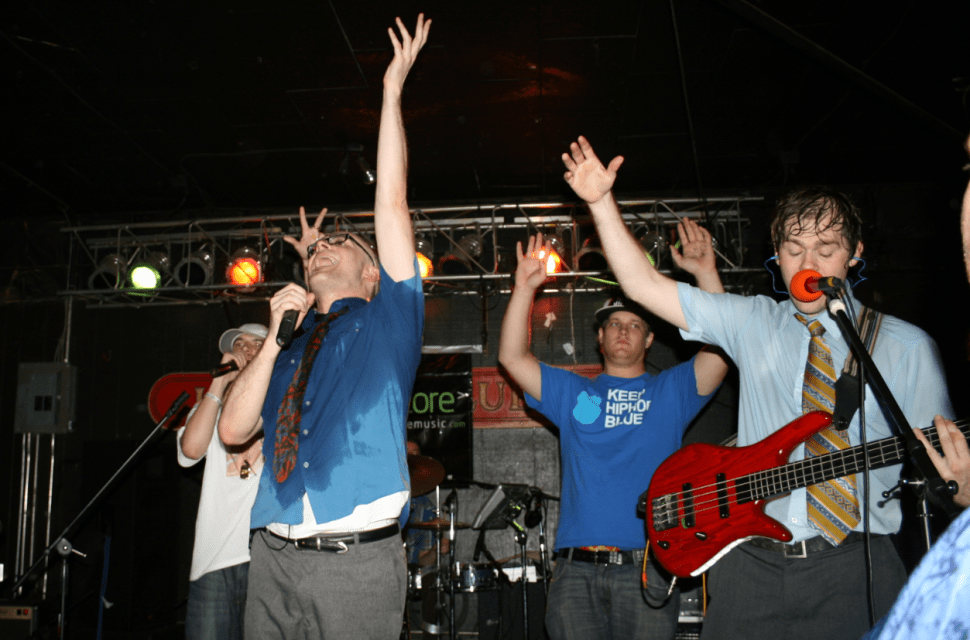