Mr. Schoenherr created the app when he, himself, was struggling through a long-distance relationship. (iTunes)

They say necessity is the mother of invention.

When Jeremy Schoenherr was forced into a long-distance relationship after his girlfriend scored her dream job in L.A., he set out to build an app that would help them feel connected, despite being over 2,000 miles apart.

When they first went long-distance last spring, Mr. Schoenherr and his girlfriend experimented with couples’ apps already on the market, like HowAboutWe’s You and Me app, and another one called Avocado.

The issue, Mr. Schoenherr found, was that they had too many features.

“My problem was, I just wanted to know what she was up to,” Mr. Schoenherr told Betabeat. “I wanted a recent picture of her face, and to say ‘hi’ really quickly.”

Even texting wasn’t doing the trick. As Mr. Schoenherr explained in a Medium post:

So Mr. Schoenherr, who also works as an iOS engineer at GroupMe, created Without: the simplest couple’s app around.

Mr. Schoenherr compares it to Snapchat, in that the app lets you send each other selfies with a quick, affectionate message layered on top. The app comes with a series of pre-programmed messages—like “I adore you”—or you can customize your own. It takes a mere two taps—not 17—to send a picture and a short message to your loved one.

“[On other apps] you can draw or use stickers,” Mr. Schoenherr said. “I was trying to go for something a little simpler.”

Other than sending and receiving photo messages, users can see their significant other’s geographical location, and what the weather’s like there.

“I could send her a quick thing that didn’t require her to stop what she was doing, but know that I was thinking about her,” Mr. Schoenherr explained.

Thankfully, the couple is no longer doing long-distance—Mr. Schoenherr eventually moved out to L.A. to be with his girlfriend. But even though they’re together now, he says they still use Without.

Mr. Schoenherr says he’ll continue to evolve the app, but will make sure not to “over-feature it.” He’s considering letting users send audio and video clips, as well as see their histories of sent and received photos (right now, you can only see the most recent photo you’ve received from your partner).

Did Mr. Schoenherr really believe, we asked, that Without had saved his long-distance relationship?

“I wouldn’t have released it,” he said, “if I didn’t think it made my relationship better, or made the long distance thing a little bit better.” 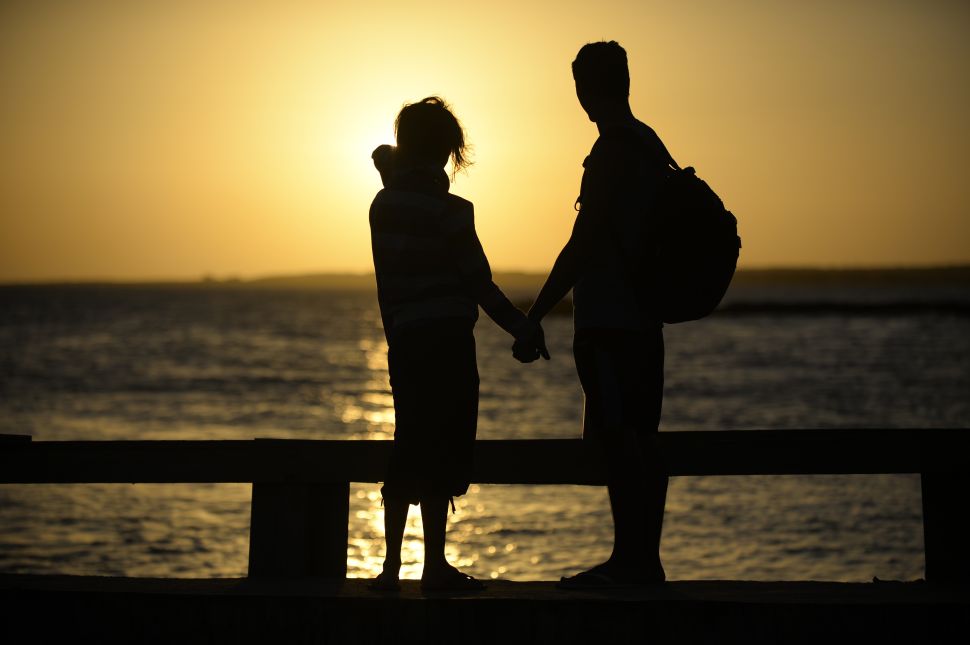