It is difficult to maintain illusions in the thin, pale light of early January—that washed-out, unfiltered brightness unkindly calling out wrinkles, dirty windows and all manner of other flaws. And as so many of us face up to our bad habits and myriad unloveliness this month—if only to sadly acknowledge their existences‚ so should the residential real estate market come to terms with reality.

It’s not that the last quarter of 2014 was as bad as all that—it was, in fact, a strong year for the sales and rental market—but there have been several warning signs that segments of the luxury market may be running out of oligarchs and captains of industry seeking tax shelter pied-a-terres. And while new construction prices (and all prices, for that matter) continue to rise, the most in-demand properties are increasingly one-bedrooms and lower-end resales.

As Fred Peters of Warburg noted in the brokerage’s market report, “The number of competitive bidding situations has dropped precipitously” and when they do take place they’re “mostly for units priced at $2,000,000 and under.” (So much for all that “moderately priced” luxury in the $8 million to $10 million range that developers have been bragging about building.)

For example, in the co-op market, while the average co-op sale price in the fourth quarter was $1.17 million, 3 percent higher than a year ago, according to Halstead’s report, one-bedrooms were up 7 percent over last year, averaging $671,000 compared to 2013’s $628,000. One broker recently told us that both the trophy sales and bidding wars over lower-priced units have been helping hide the co-op market’s soft middle. While $1 million and $40 million co-ops are moving fast, $10 million and $12 million units have languished.

Which makes the ever-rising sales prices—in Manhattan, the average hit a new high of $1.74 million last quarter, according to Douglas Elliman, and more than half of all sales sold at or above their list price—somewhat perplexing. Condo prices hit record highs this year of $2.4 million, according to Halstead, a sum that was driven up by the high price of new development (which was up 11 percent over last year, averaging $3.18 million).

As for finding savings in Brownstone and Northern Brooklyn, you’re probably better off staying in Manhattan. Ideal Properties Group reported that sales prices were up 32 percent over 2013, averaging $1.28 million, in that swath of Brooklyn the brand Brooklyn. Momentum, Ideal expected, would continue.

Or at least the appearance of momentum. Via Waburg’s report: “I suspect 2015 may be the year of the quiet incentive. Developers tend to resist negotiation (although I believe that will be taking place as well), so they are most likely to incentivize buyers by agreeing to pay transfer taxes, or lawyers fees, or customize the properties. And there will be price reductions, packaged however cleverly their marketing departments can manage.” 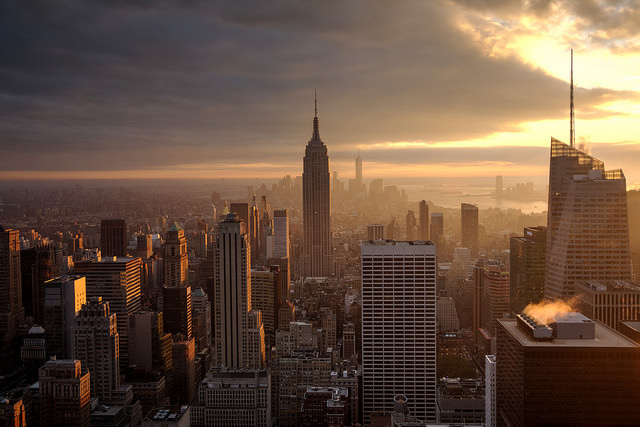