Titus Kaphar is having a big year. The artist, who splits his time between New York and Connecticut, has his first solo museum exhibition in the New York, titled “The Jerome Project,” currently on view at the Studio Museum in Harlem through March. Fortuitously, the show drew the attention of TIME magazine’s art director, who saw it and commissioned Mr. Kaphar to do a painting for the magazine inspired by the events in Ferguson, Missouri that have kicked off protests nation-wide. On Wednesday, Creative Capital announced that the artist was one of its 2015 awardees, set to receive funding to continue work on the “The Jerome Project.” And next week he will open his first solo show with Jack Shainman gallery, filling both its Chelsea locations. The Observer spoke with Mr. Kaphar earlier this week by phone. We discussed everything from what will be on view at the gallery to where he finds himself now that his art has graced the pages of TIME.

He explained that the works at the West 24th street location will be a continuation of “The Jerome Project,” a series started in 2011 based on mug shots of people who shared his father’s name. He’ll present a new drawing series titled “Asphalt and Chalk,” comprised of multiple images superimposed together to create a jarring visual effect. And the work at the West 20th Street locale will be “an introduction to my vocabulary,” he said. “It looks at the way I deal with history and my different modes of intervention.”

Mr. Kaphar frequently incorporates historical research into his paintings, drawing on figures and events that have been excluded from the art historical canon. Many of the pieces are interventions into that canon; he manipulates classic paintings by obscuring existing figures, inserting new ones, and blurring historical narrative.

So when it came to the TIME commission, while at first hesitant, he accepted the challenge because the subject overlapped with themes he’d already been working with. The painting, titled Yet Another Fight for Remembrance, depicts marching protestors with their hands held above their heads, half of their faces and bodies removed by large strokes of white paint. “In a way, I’ve been making this work for a long time—these issues have been happening for a long time,” he told us. “My work has a certain level of diversity: different branches on the same tree. People are looking at this particular branch right now, but that branch has been there for a long time. I will continue working on that project, and other issues with criminal justice.”

I was really concerned when I was approached for that specific project, but I felt like it was something that I needed and wanted to do. The way the media cycle works is not to necessarily canonize things, and in fact it’s often the opposite. The news cycle is so fast that I feared I was participating in the process of erasing the subject matter. When I started working on sketches I wanted to do something that incorporated that idea: the sense of being erased, this place of presence and absence at the same time. And that’s how I’ve used the white wash in my paintings in the past.

So far, the public’s conversations surrounding the deaths of Michael Brown and Eric Garner, among others, have yet to wane. Instead, they’ve drummed up widespread concern over police procedures and the deaths of unarmed suspects, particularly people of color. A host of responses have come from artists, and recurring symbols have emerged, such as the “hands up” image that has been shared among activists nationwide.

We asked him if he thought recent events had struck a different, more resonant chord:

The optimist in me wants to say yes, but the only way to really be sure is to see if it endures. The fact that we’re still talking about it is a good sign, but it hasn’t even been a year yet. So, we’ll see. There are a lot of people coming to this information as if it were new, and they’re shocked that so many people would need to have this fear and discomfort about police. And then there’s a whole other community for whom this happens all the time, every day, in every city in America.

Mr. Kaphar shared a recent, personal experience with the NYPD:

I was in Chelsea just last year with my brother who came up to visit me. We were walking around and I said, “Hey I have an exhibition up here, let’s go check it out.” We were having a good time, having a conversation, and as we were walking down 10th Avenue an undercover police car speeds up to us, two officers jump out, hands on guns, and say “Stop, can we speak to you for a second?” I’m like, yeah, sure, “What’s going on?” And they said, “We’ve been following you for the last two hours, going in and out of galleries, and we’ve heard that there’s been a ring of folks stealing art,” Actually, what he said, and I wrote it down afterward because I was so shocked, “a black ring of art thieves” that were stealing art from the galleries. I told them “I’ve got a show up right around the corner, we didn’t do anything, as a matter of fact if you’ve been following us for the past two hours then clearly you’d know that we didn’t take anything, so what’s going on here?” And they said, “Let’s have your IDs.” I’m getting frustrated, and the officers are like “We need to pat you down.” “Pat me down?! What do you need to pat me down for? We didn’t do anything, we didn’t take anything, If you’ve been following us than you’d know that.” I was getting more agitated, and I’m trying to keep my calm because my brother’s there, so finally I said, “ I don’t understand why you’re doing this. You know we haven’t taken anything. I don’t get this.” I didn’t say it calm because I was upset about the situation. And the last thing the officers said to me was “I hope you never find yourself in a situation where you need the police.”

On whether he planned to continue making work closely related to the subject matter in his painting for TIME, he responded:

I say all that because when I’ve told people about that being my experience, what I hear is “But Titus, you have a degree from Yale, you’re a successful artist.” And I have to say over and over again, that’s not the first time that’s happened to me, and it has nothing to do with any of those things. Part of me is frustrated, but part of me also feels this is an opportunity to share what’s going on outside of the circle that people experience. I hope that I have people in my circle that are telling me about circumstances that I haven’t experienced. Whatever the alternative is to what I am, I want to hear about. 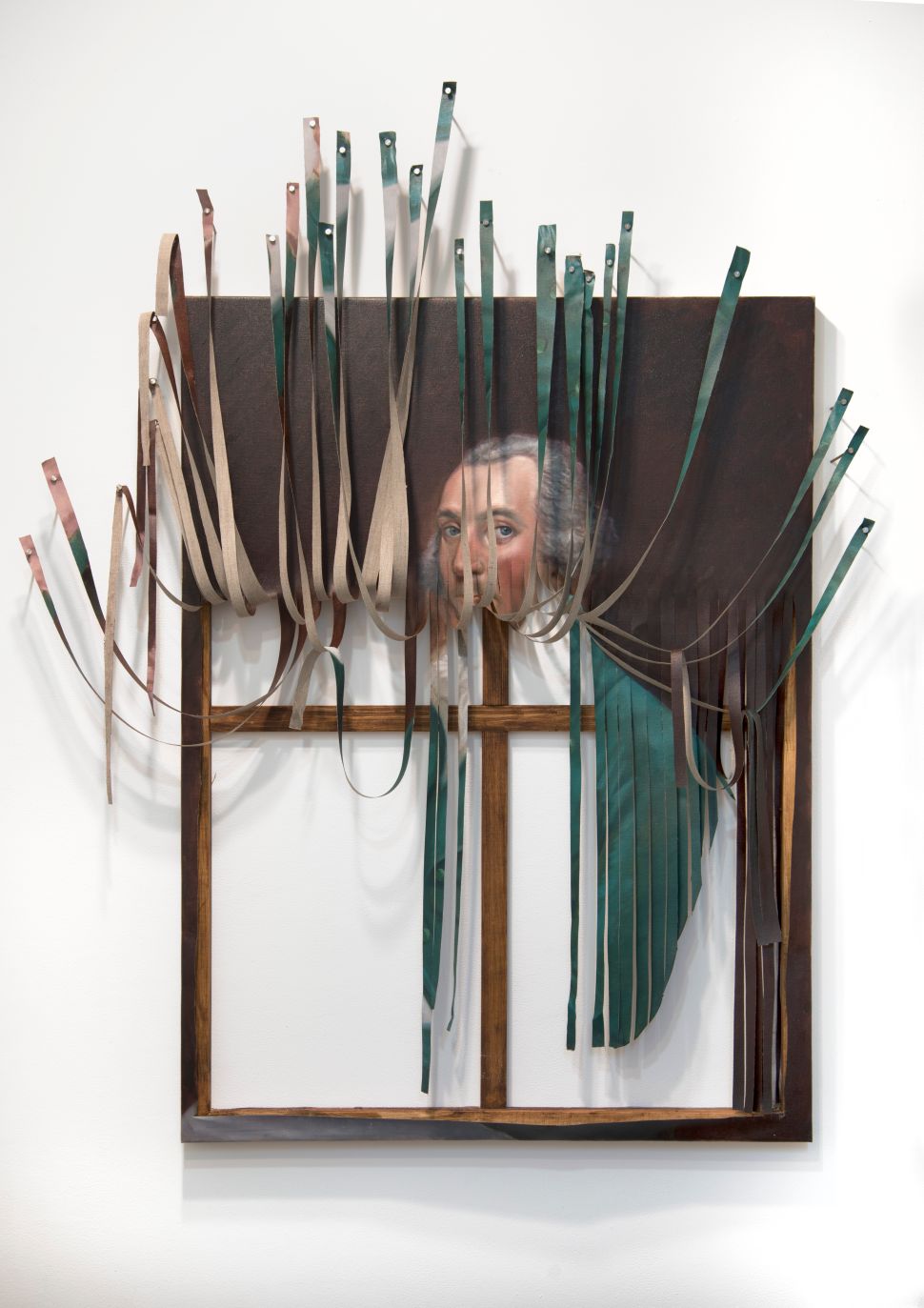