The Jazz & Colors Festival has twice taken place in Central Park during the fall, which is why it is called Jazz & Colors. Jazz bands—30 of them—are scattered throughout the park as city dwellers walk by and listen in on a song or two (the jazz) and then continue on. It’s a fun, romantic affair, the leaves are changing (the colors), autumn in New York, all that. (The acoustics aren’t great, though; it’s a park, not a concert hall, after all.)

But this year the festival will move inside, to the Met, where it will be presented tomorrow night. One wonders why it’s still being called Jazz & Colors, given that it isn’t taking place during the fall, and the Met isn’t known for its natural splendor. But the festival, officially referred to as “Jazz & Colors at the Met: The Masterworks Edition,” holds promise.

Booked by Limor Tomer and Brice Rosenbloom, who is responsible for the Winter Jazzfest, the show features a number of great acts—15 in total. (This is a museum, not a park, after all.) Those include the bassist Ben Williams and his group, Sound Effect; the clarinetist Don Byron; the violinist Jenny Scheinman performing in a group with the guitarist Marc Ribot; and a duo including Matt Mitchell on keyboards and Ches Smith on drums. Each group will play the same two sets, which will give festival attendees the chance to hear a wide range of interpretations. Songs from each set include standards like Duke Ellington’s “Take the A Train,” Charles Mingus’ “Goodbye Porkpie Hat” and Ornette Coleman’s “Lonely Woman.”

So, don’t be lonely and go if you can. It’s bound to be a refreshing experience, and it’s safe to say that the Met’s acoustics will be better than Central Park’s. 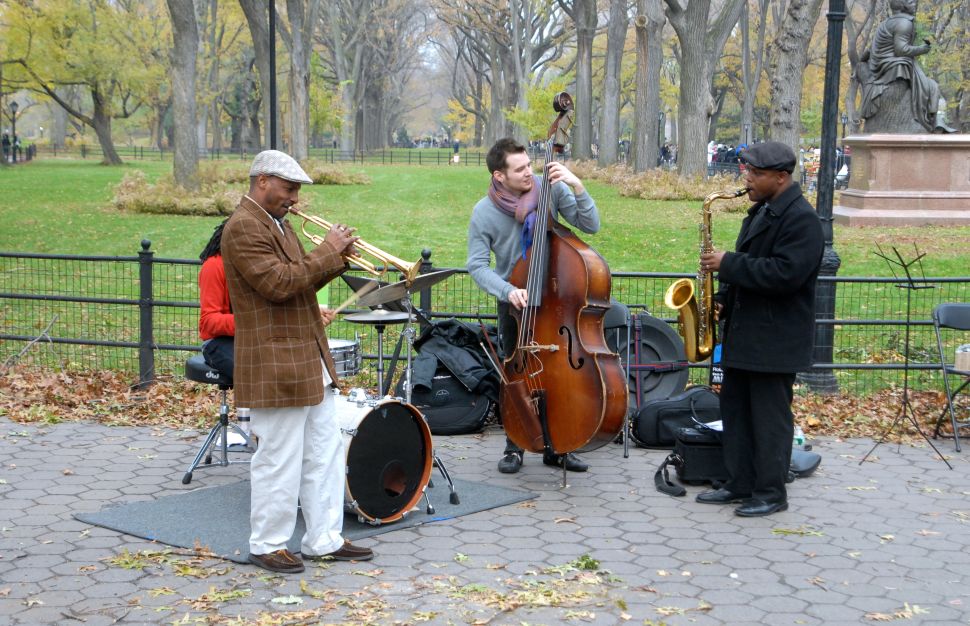