Do you like whimsy? You need to go see “Souvenirs from the Mundane,” a show by Jackie Case that opens today. It features a drawing of a fish drinking a vodka tonic, which seems incredibly important. Not even being glib, I really do want that picture. Rebecca Hossack, 262 Mott Street, 11 a.m., rebeccahossack.com, free

And so we occupy the Financial District once more, but this time for the Ecstatic Music Festival, which “brings together artists from across the sonic spectrum.” The event kicks off with a performance by Ian Williams of the indie rock band Battles, followed by a party at Tartinery. Concert 8 p.m. at the Winter Garden at Brookfield Place, 220 Vesey Street, free, artsbrookfield.com; party at Tartinery, 9-10:30 p.m., invite only

It’s cool when people have multiple talents. Like, for instance, I can write and also breathe and clothe myself (most days). Then there are people who take it to another level, like Clive Thompson, who not only writes acclaimed books like Smarter Than You Think: How Technology Is Changing Our Minds for the Better but is also a talented musician. Check out his band, The DeLorean Sisters, tonight at The Cutting Room. The Cutting Room, 44 East 32nd Street, 9:30 p.m., thecuttingroomnyc.com, $15

Squash always strikes me as a sport for the WASPs who decided that playing tennis until 2 a.m. while drinking martinis wasn’t helping them vent their frustrations with the unwashed masses effectively enough. They needed something where their soft, delicate hands could make contact with a flying object, and feel something akin to pain. Seems like a good thing. Which is to say, I really like the J.P. Morgan Tournament of Champions at Grand Central. The largest professional squash match in the world attracts around 20,000 viewers, and goes from January 16 to the 23. This year, it will be held in a new state-of-the-art, LED-enabled glass squash court. According to the press release, for the pros “playing on the glass court is equivalent to playing at Wimbledon.” Well, it sounds spiffy! There’s seating room for 500, and commuters passing by are welcome to watch in their standing-room area. Players from 23 different countries will be competing, but, spiritually, I believe they’re all from Chappaqua. Grand Central Terminal, all day, tocsquash.com, free to passersby, stadium tickets from $8-$170.

Pretty soon, when we talk about whether we want to go out for Italian food, or Chinese food, we’re going to start saying, “Who wants to go out for English?” First there was Fat Radish and their English boarding school-inspired dishes (celery root potpie), then the Peacock (sticky toffee puddings! Eton mess!) and now, direct from London, the Burger & Lobster chain has opened in the Flatiron District. However, it may not be introducing you to as many new dishes as some of the other British exports. Diners get their choices of a burger, a lobster, or a lobster roll, with a side of fries or salad, all for $20. It sounds like a really quaint idea for a hole in the wall kind of place, until you realize that the space is 13,000 square feet, and there’s a tank on the first floor—of course there are two floors, it’s 13,000 feet—that holds lobsters that weight up to 15 pounds. Imagine a lobster the size of two babies. That’s how large they are. Two babies worth of lobster. Taking that horrible comparison into consideration, stick with the burger. Burger & Lobster, 39 West 19th Street, burgerandlobster.com

Do you like that the ocean continues to exist? Sure you do. You see it once a year when you visit the Hamptons. It’s where the lobster from Burger & Lobster comes from! It’s a good thing. Singer-songwriter Bernard Fowler, whale biologist Nan Hauser and actor Jimmy Jagger seem to agree with you, as they’ll be at One Night One Ocean, an evening to benefit Seacology and restore the ocean. DJ Alexandra Richards will undoubtedly incorporate whale yelping into the mix. Capitale, 130 Bowery, 7 p.m., theoceancampaign.com, tickets start at $500

Are you tired of only saying “hello, I’m home” to your cat when you get home? Stop behaving like a Garfield cartoon. Garfield cartoons are heartbreaking. Instead, check out the Mingle 4 Mutts Mixer. Singles will drink and dance in black-tie attire mercifully devoid of cat hair. All of the proceeds will go toward Bianca’s Furry Friends, a feline adoption and wellness center. Your furry friend will approve. Hudson Terrace, 621 West 46th, 7 p.m, $225, https://www.eventbrite.com/e/mingle-4-mutts-tickets-14317942351?ref=ecal 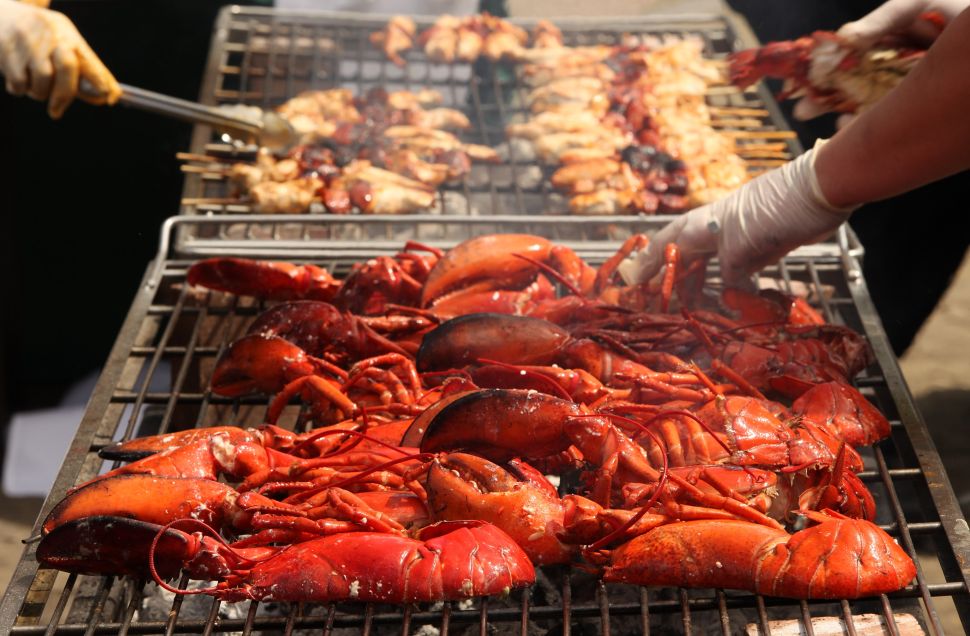 Filed Under: benefits, the eight-day week