It’s tricky to walk down Memory Lane. The roads not taken, the one less traveled by, and a host of other clichés lurk for you. This is a Memory Lane that doesn’t have an ending yet.

I was a struggling young assistant editor then, good at finding material but pretty bad at editing it. An author I signed knew another writer she thought I’d like, a woman who was a folk artist, a clothing designer, and owned a fascinating store called DL Cerney on a very cool section of downtown Broadway. The artist’s name was Linda St. John, and she sent me four huge black binders filled with color copies of her art and strange little true stories, like this one about her dad, called “Where’s My Gun”:

He come in late one night…hollerin’ for his gun. I woke up from the racket he was makin’ scroungin’ in the closet – stompin’ around, kickin’ things over. “I’m gonna kill em,” he yelled. “I’m gonna kill em.” I woke up my sisters and me and Alice and Ann sneaked out the back door and hid behind the forsythia bush in the back yard. “Where’s my .38 … where’s my .38?” We stood quietly in the cool spring air watching stars shoot across the dark heavens – hoping it wasn’t us he wanted to kill but rather some so and so down at the tavern.

The accompanying art was a craypas drawing of Linda and her sisters hiding under a blooming forsythia, their eyes widened in terror under the yellow flowers. It would be great to see the original artwork again, but it was stolen long ago by a mover who must have found the art as profoundly and peculiarly moving as I did. My Xerox of it has been much loved over the years.

I quit working as an editor and became Linda’s book agent. Linda became my dear friend and my favorite artist. I spent hours at her store looking at her work and buying dresses. One of Linda’s installations became rather famous in the folk art world, her collection of “1,000 Skinny Girls in a Dirt Yard.” Each girl has a ragged dress, a purse, and thin legs. Some dresses were made from Wonder Bread bags, the same bags Linda used to make into boots when she and her sisters were kids—a phenomenon that seems to be very amusing to elites who witnessed the President’s State of the Union and its rebuttal.

Once, Linda and I marveled at the fabulously beautiful Carolyn Bessette-Kennedy as she strolled by the store, which was around the corner from her apartment. The last time I went to Linda’s Broadway store, I strangely got off at Cortlandt Street and had to trek to get back to Broadway. It was late August, 2001. Last time seeing that subway stop.

Linda’s masterpiece, Even Dogs Go Home To Die, was published by HarperCollins at the worst possible time, in the late fall of 2001, and Linda’s destroyed store on Broadway closed a few weeks later. The other branch of DL Cerney was a recent victim of the new New York apocalypse: new owners buy an old building, store tenants leave.

There is a rumor that Even Dogs Go Home To Die may be re-issued. HarperCollins, put on some speed.

Linda won’t be the only artist appearing there, but her work is going to haunt you like no one else’s will. 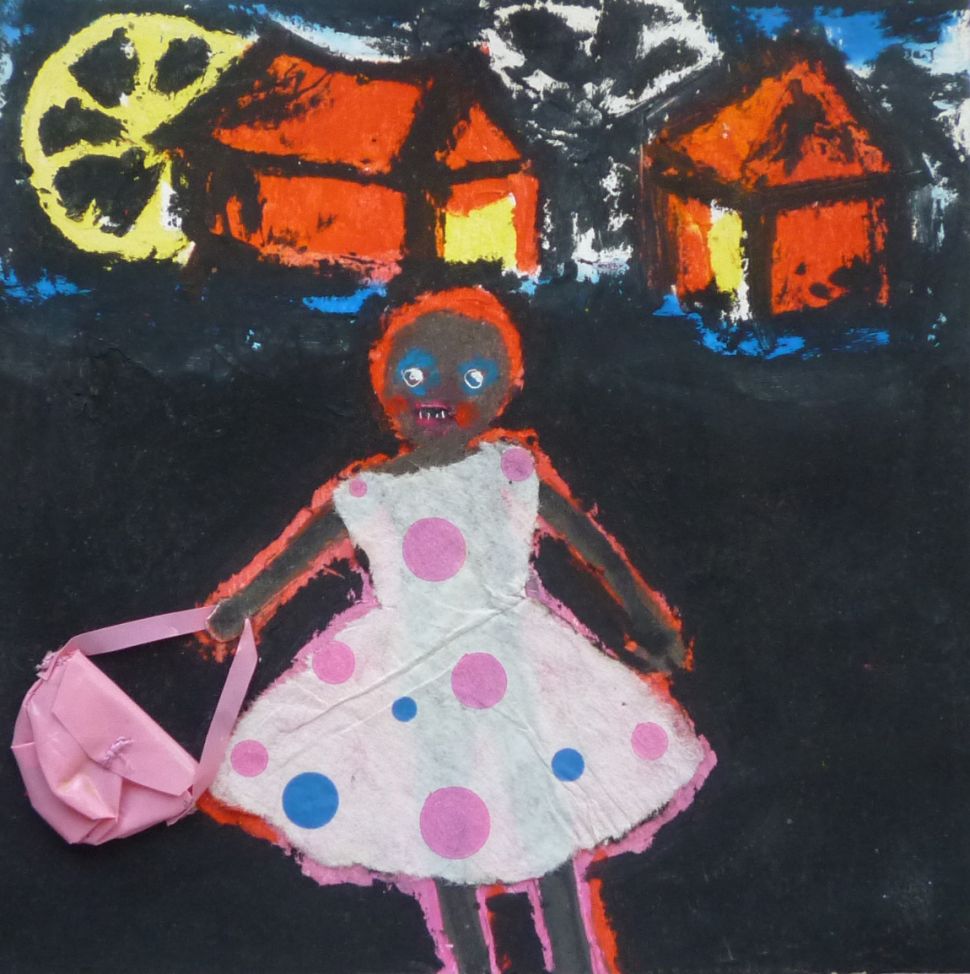