In 2014, online video emerged as one of the most powerful cultural and political forces in the world. Whether produced by professionals or captured by citizens on their mobile devices, online videos sparked protests, raised awareness of important issues, affected substantive change and even ruined careers. Here are 10 of the most significant online videos released last year.

On July 17th, Ramsey Orta recorded his neighborhood friend Eric Garner as he was arrested by the NYPD on suspicion of selling loose cigarettes. Officer Daniel Pantaleo used what appears to be an illegal chokehold before pushing Garner’s head into the ground as the father of five pleaded, “I can’t breathe” 11 times. Garner died an hour later, and medical examiners ruled his death a homicide due to “compression of neck (choke hold), compression of chest and prone positioning during physical restraint by police.”

As Mayor Bill de Blasio said (in what must now seem like the understatement of the year) at a July 18th press conference, “Like so many New Yorkers I was troubled by the video.”

2. ‘LEGO: Everything is NOT awesome.’

Not long after the video’s release, Lego issued this statement: “We want to clarify that as things currently stand we will not renew the co-promotion contract with Shell when the present contract ends.”

Possibly the most harrowing and effective interactive video ever made on a political issue. No matter where you land on the gun safety debate, this video is unforgettable.

One video uploaded from a phone hits the Internet and 27 women come forward, tarnishing the career of the beloved entertainer pretty much for good. 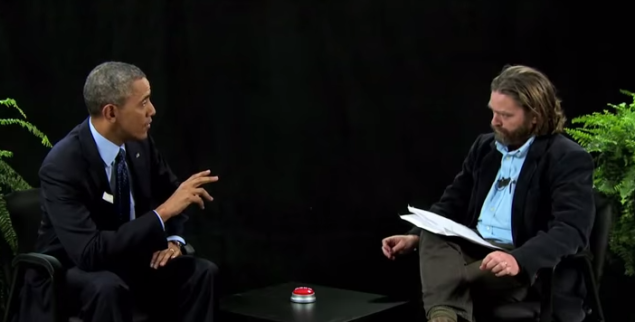 This video not only got 11 million views and an Emmy nomination, but also generated a 40 percent spike in traffic to Healthcare.gov. Yes, the star of The Hangover Part III saved Obamacare.

For any woman who has ever walked around New York City in July, this video is painfully accurate. The infamous and much debated clip garnered nearly 40 million views and sparked several conversations about street harassment and also, inadvertently, about race.

After John Oliver skewered the corporate bid to gut net neutrality and urged viewers to hit the FCC site to complain, the online video of said skewering went viral … and? The FCC site crashed, unleashing the latent power of Internet trolls, forever.

8. Elizabeth Warren Being a Bad Ass

There’s not really one video of Elizabeth Warren in particular from last year that went uber-viral. But Sen. Warren just kept being such a bad ass taking Wall Street and the big banks to task that there’s now a burgeoning movement to draft her for President.

And given how completely Alison Grimes messed up her own campaign by making this offensive ad that lost her support amongst pro-immigration progressives, all Sen. McConnell really had to do to win was keep his mouth shut and smile.

I refuse to link to them, but there’s no denying that 2014 was the year that Internet videos became a horrifyingly powerful delivery system on behalf of terrorists.

The GOP’s Viral Video Push for the 2014 Election

After years of outside Democratic-leaning groups owning the earned media space for creative, sarcastic, memorable videos, this year was owned by the GOP. In 2014, Republican-supporting viral video dominated online, with 16 of the 20 most-viewed videos featuring GOP candidates. Did Dem groups run the numbers, figure they couldn’t win, and just give up this creative space? Or did the GOP viral video focus help create the wins that took back congress?

While Democratic consultants ponder that question, please enjoy this GOP Classic of Joni Ernst bragging about her ability to castrate hogs, entitled “Squeal”:

Laura Dawn was the National Creative Director for MoveOn.org and produced the documentary feature film The End of America. 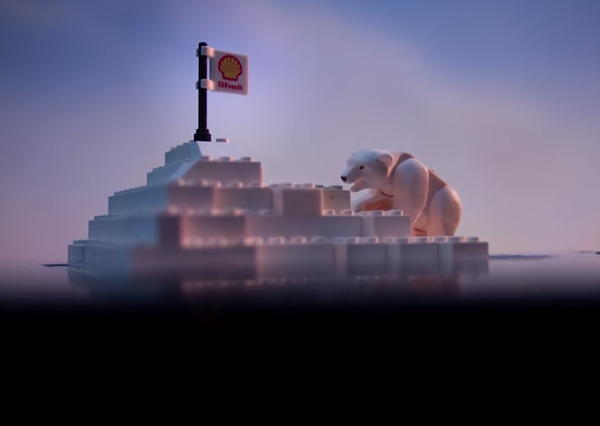