I think most good chefs can appreciate both the appeal of low-brow and high-brow food. Sure, an expensive, sparse dish of beautifully plated and highly technical food can be delicious. So can a cheap New York City hot dog or a dollar slice, especially if the time and mood is right.

Last night’s episode of Top Chef gave us low-brow and high-brow. We started with Bravo talk show host Andy Cohen, the junk food of people, and ended with traditional French cooking for renowned and beloved chef Jacques Pépin. Is it any wonder the woman to bridge the gap was the late Julia Child, famous for taking something that can seem intimidating and even stodgy—high-brow French cuisine—and making it accessible to Americans using humor and the television?

In a way, Top Chef itself is a meeting of high and low: the convergence of fine-food and reality television. And before our chefs get to offer up some joy on a plate inspired by Ms. Child, they must first offer up some misbegotten drunk food for Mr. Cohen, the Bravo exec turned talk show host responsible for many a guilty pleasure. The chef’testants are sent back to college, asked to cook ramen—that super cheap instant meal that can also be heavenly when done right. Of course, our chefs are not quite given the chance to elevate ramen. They can use only the ingredients found in an Emerson College student’s kitchen.

Even the successful dishes here sound pretty bad. George makes a ramen with chili, and hotdogs, and ketchup, and cheese that is akin to spaghetti-o’s. “Some might say that was a gross dish, but we enjoyed it,” Mr. Cohen jokes. I will say that Gregory’s “bacon and pizza broth” did appeal to me, because I do love food that is terrible for me. But it’s Melissa who wins, with a mac and cheese type situation with Frito crumb topping. She does not end up with immunity, but does get a cool $5,000 she is going to spend on a new scooter (I found this very endearing).

After this dive to the depths of culinary despair (a.k.a: college) we take a quick swing in the opposite direction, and our chefs watch an episode of Julia and Jacques Cooking at Home, a program that paved the way for shows like Top Chef and all the other televised cooking I enjoy staring at to decompress after work (especially Barefoot Contessa, which I find oddly comforting). Julia and Jacques are preparing duck, an intimidating dish, but make it seem fun when Julia uses a duck call to summon Jacques to her kitchen counter. You can see the happiness on the faces of the chefs—Julia Child just makes people happy. They’re even happier when Jacques Pépin appears, and they get to drink some wine and talk about what Julia Child liked to eat.

Of course, the chefs are tasked with cooking a meal in homage to Julia Child, author of Mastering the Art of French Cuisine. You would think, then, they would be concerned about, well…mastering the art of French cuisine. And some of them are: Gregory pulls off a beautiful, textbook coq au vin (chicken braised in wine). Mei shines with a duck a l’orange, and puts her own spin on it with a modern presentation and a little five spice.

But the other chefs make a mistake that happens constantly on this show, and others, and which I simply cannot understand. They all know the proteins and techniques they have chosen really need more than the three hours they are allowed—Doug roasting a whole foie gras, Melissa braising short ribs, George braising veal shank—and yet they choose to make these dishes anyway. I am worried, they say, I won’t have enough time, and the food won’t be tender. Surprise! They don’t have enough time, and the food is not tender. Doug’s giant mass of foie gras is undercooked and overseared, not a way I’d like to eat an extremely fatty and rich dish. Melissa’s short ribs aren’t tender so she leaves them in the oven, where they get dry and develop a bitter and burned crust. George’s veal, too, is dry. He and Melissa are lucky that other items on their plates—vegetables, cooked lovingly in butter the way Julia Child would have wanted—are tasty.

The judges wonder whether to reward Gregory for his textbook technique—he never uses butter but does it for Julia—or Mei for her own personal additions. In the end the win goes to Mei, who is thrilled to be chosen by Jacques Pépin.

And being disappointed deeply in front of Jacques Pépin is Doug, who earlier in the episode talked about the need to take a big risk, but ends up taking a big fall that sends him to Last Chance Kitchen. Chefs on this show always seem to remember the idea that they ought to take risks, to elevate food. I don’t understand why they can’t ever seem to remember that if you think you don’t have enough time to properly cook something, you probably don’t. 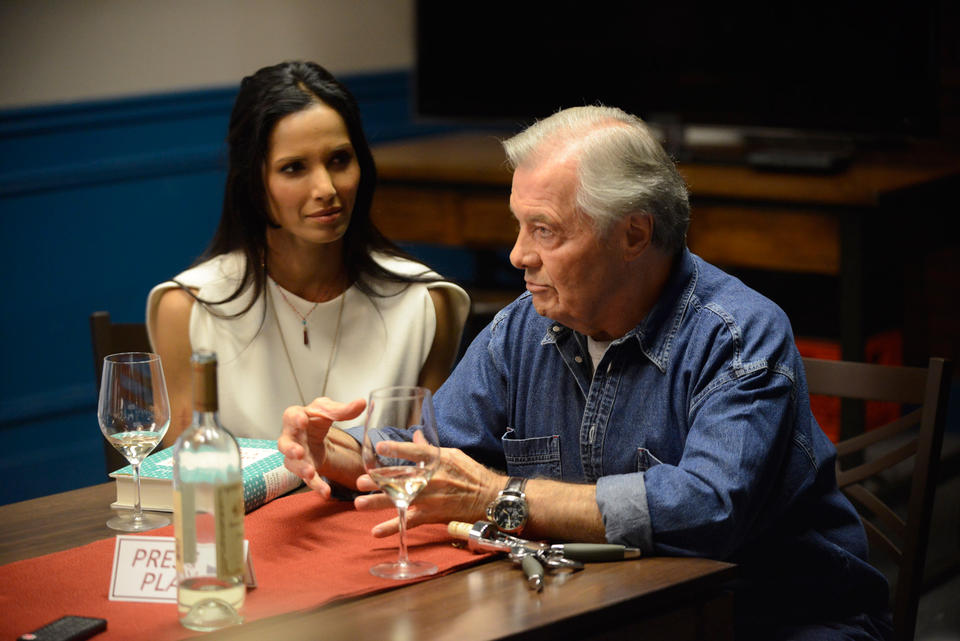