The two Democrats, hailing from the Bronx and Queens respectively, declared their intentions today to run to replace Assembly Speaker Sheldon Silver, who will be forced out from his powerful perch next week after his arrest on corruption charges.

Mr. Heastie, the chair of the Bronx Democratic Party and a front-runner for the post, said he would begin a “new chapter” of state government after a “profound crisis of leadership.”

“A new leadership team must step forward to earn back the public’s trust. Voters deserve an Assembly that will not only fight for all New Yorkers, but will enact the type of lasting reforms that will increase accountability and transparency in our state government,” Mr. Heastie said in a statement.

“Today, I am declaring my candidacy for Speaker of the New York State Assembly, and over the next two weeks, I look forward to sharing my vision for our state and this legislature with my colleagues from across New York,” he added.

Mr. Heastie will likely face three other Democrats, in addition to Ms. Nolan, in the backroom contest: Assemblyman Joseph Morelle, the majority leader and soon-to-be acting speaker, Assemblyman Keith Wright and Assemblyman Joseph Lentol. If Mr. Heastie is elected by the 150-member body on February 10, he will be the first black and first Bronxite to serve as speaker.

But Ms. Nolan would be making history too if she triumphed. As she noted today, she would be the first female ever elected speaker in a body that has been plagued by sexual harassment scandals.

“Lost in the names that have been mentioned as potential candidates for Speaker is that of a woman. A woman has never served as Speaker of the Assembly,” Ms. Nolan stated. “The press has written extensively and derisively about the sexual harassment cases that have occurred in the legislature over the last few years.”

“It is past time for that ‘culture’ to end once and for all,” she added. I am committed to doing just that.”

Mr. Morelle and Mr. Lentol declared their intentions to seek the speakership yesterday. Mr. Wright has strongly hinted he would run as well.

Sources say Mr. Heastie is already making progress on a deal to secure the 76 votes necessary to elect himself speaker. Ms. Nolan, the chair of the influential education committee, may have the backing of female legislators and the Queens Democratic Party, though the party also works closely with Mr. Heastie.

After the publication of this story, Mr. Lentol released a lengthy open letter to his colleagues explaining his own reasoning for running for speaker. He promised to “liberalize” the operations of the Assembly, bringing more transparency to the body.

I have been a full time legislator that has served over a long period of time with integrity and respect,” Mr. Lentol said. “My loyalty, time and career have been dedicated to my constituents and to this institution. I see my strength as one who works to unify. I believe my service has been unassailable.” 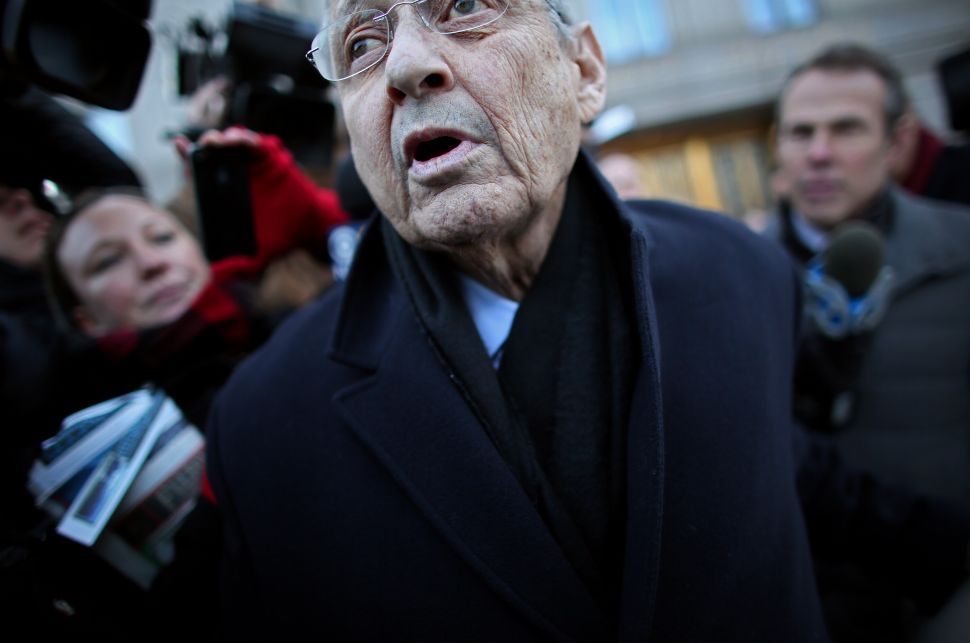