Claudia and I threw out everything we owned this weekend. We threw out 98% of everything.
There’s about 30 garbage bags and another 20 boxes filled with stuff. “Stuff.”
We had just spend six weeks traveling around and except for the stuff we were traveling with we realized we didn’t need anything else.
No papers, books, extra sheets, clothes, extra plates, tables, lights, etc.I didn’t even miss these things once.
25 years worth of memories in some cases.
Part of this is an experiment. I’m interviewing Marie Kondo in a few weeks. Author of the 2 million copies bestseller The Art of Tidying Up.
I wanted to try her suggestions. She said before you “organize” you “discard.” But once we started discarding we couldn’t stop. We discarded everything. All of our rooms are now pretty empty.
And it’s not like we are going to replace anything. If anything, having less leaves room in your life for more. For other things. That is the trick.
Marie Kondo suggests you lay everything out side by side.
Then you touch each object.
If it gives you joy, you keep it. If it doesn’t give you joy, or if you haven’t used it in a long time, throw it out. No holding back.
If it’s paper, you throw it. I threw out my photos, books, art, furniture, all my clothes except 3 outfits. I thanked everything for its dutiful service to me.
It feels almost like a new toy. “Nothing” was the toy I wanted to play with, instead of the latest “this” or “that”.

If you want to try it, try this: take all the books from one bookshelf. Lay them on the floor side by side.

Touch each one. If it doesn’t make you happy or if you haven’t looked at the book in over six months, give it away. Don’t say, “well I might need this as a reference later”. You won’t. There’s google for that.

“But we might have a guests over some day”. Buy new sheets then. Four years from now when you actually have a guest. “But Sheila gave me this shirt.” Have you worn it in the past six months?

Claudia thought we would only get rid of enough things to get rid of one bookshelf. She thought our closets would still be full.

But we got rid of everything. We have nothing left. There’s nothing in my office. Nothing in my desk. Our closets…empty.
I want nothing in between us. In between you and me.
—
Oh! But that’s not what I wanted to tell you.
Someone wrote a nice summary of my chapter on “Honesty” from Choose Yourself. I’m going to modify it a little.
It’s about the benefits of being honest. Part of throwing things out was being honest with myself. I don’t want anything anymore. I used to. But not anymore.
All the time I’m asked if you can be honest and still succeed in this world. Many people are skeptical. The answer is “Yes”.
It’s the ONLY way to succeed and be satisfied. Friendships and relationships exponentially increase the value you can give to society. Not “things”.
And here’s the rule: the more value you deliver, the more value you get back. Plus, laughing with people is fun.
Not over days or weeks, but years and decades. Your word becomes The Word. You become the magnet.
HOW I TRY TO BE MORE HONEST:

-Give credit.
-Be the source. If you can’t deliver, send people to someone who can, regardless of your benefit.
-Introduce two people. (get their permission first)
-Take the blame.
-Don’t lead a double life. (one lie, splits you into two identities).
-Don’t be angry. (anger is a cloth hiding fear).
-Don’t make excuses.
-Make others look good.
-Don’t gossip.
-Do what you say you’re going to do.
-Enhance the lives of others.
-Say what you want. (without hurting. ABC. Always Be Constructive).
—
In a weird way, I feel like I have MORE simply because I have nothing left in my house.
The things that I would pack and take from house to house ever since I moved out of my parent’s house 28 years ago. Gone.
I’m not being minimalist. I have just as many books (Kindle). And I have all the clothes I ever wear 3 outfits). I don’t need to buy anything else.
Sometimes the best honesty is when you are honest with yourself. I thought I needed all of this stuff, mementos from childhood, from adulthood, from yesterday.
But I don’t. “Thank you” as the garbage guy drove off with everything.
Sometimes things feel bad in my life. Occasionally I can pinpoint the reason. And sometimes I can’t. Maybe it was just a memory buried in all of my belongings. I don’t know.

But I do know this: thank you to the amazing friends I’ve made over the past few years. You’ve cleaned all the clutter in my brain. You’ve given me room for more.

James Altucher is a hedge fund manager, entrepreneur and best-selling author. He has founded or co-founded more than 20 companies, including Reset Inc. and StockPickr. He has written 11 books and for The Financial Times, The Wall Street Journal, TheStreet.com, Forbes and TechCrunch. 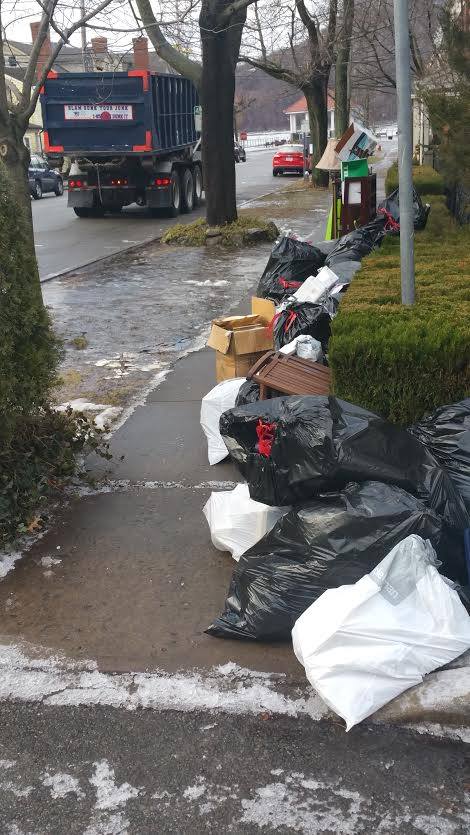