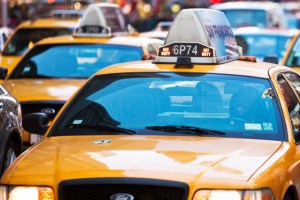 Hailing a yellow taxi can be an ordeal. Finding one with a charming driver can be even harder.

With the rise of private competitors like Uber, the perception of the quintessential charm of the New York City taxi driver has taken the backseat of the iconic yellow cab.

One way the yellow taxi service is turning these negative attitudes around is through a new website encouraging returned veterans to get involved in the taxi industry.

Daniella Itin, creator of Vets Drive Yellow NYC said she realized there was an opportunity for veterans to become involved in one of New York City’s most iconic industries.

This new program quickens the process of veterans obtaining their hack license, allowing them to drive taxis and helps them gain employment with one of New York City’s taxi garages.

As a military wife, Ms. Itin said she has seen her husband and other returned veterans struggle with being stateside.

“When my husband came home, it was very hard for him to find something to do while adjusting to civilian life,” Ms. Itin told the Observer. “When you come home from deployment, the thought of sitting behind a desk, it’s a hard process to come from combat and sit at a desk day in day out.”

The new program is designed to help employ veterans looking to get behind the wheel.

Frederick Collins, an Army veteran, said he always wanted to drive taxis and had been trying to get his hack license for a while but never got fully qualified.

“I was supposed to go to Missouri and go to trucker school but this [program] gave me the opportunity to drive in New York and raise my children,” Mr. Collins said.

Mr. Collins is one of 20 veterans who have found work driving taxis with the help of the Vets Drive Yellow NYC website which officially launched Jan. 12.

Taxi garages like Woodside Management will pay for the veterans’ hack license and will offer them a position within the garage to drive taxis.

The process to receive a hack License usually takes three months but with the help of Vets Drive Yellow NYC Veterans will receive the license within two to three weeks.

Ralph Diaz, manager of Woodside Management said his garage is happy being in a partnership with Vets Drive Yellow NYC because it’s important to give back to the veterans.

Mr. Diaz said the new employees will be easy to train.

“We’ll explain everything basically from a to z and we’ll map out the city for them,” Mr. Diaz said. “Everyone gets trained. Nobody just comes and gets into a taxi with no knowledge of it.”

Ms. Itin said having the ability to work with garages give veterans a better chance to earn a good living wage.

“The cab industry has been stable industry for 100 years,” she said. “You make more money, you get tips, and you’re not worried about the expense of the car. You’re part of an iconic industry.”

Mr. Collins said working as a taxi driver will help him not only earn money for his family but will help him gain more self-esteem after struggling with being a self-confessed introvert.

“I’ve been coming out of my shell a bit and I feel that taking the reign of driving taxi’s will help me out in a way of engaging with people in conversation and learning,” Mr. Collins said.

Other companies, like Uber are also encouraging Veterans to get behind the wheel.

Ms. Itiz said she hopes people will be more willing to choose to ride a taxi knowing a Veteran is driving.

“The perception of cab drivers has been skewed from 70s and 80s movies, but I think with the addition of vets that will change,” Ms. Itin said. “Who’s better to drive you around than an American hero?” 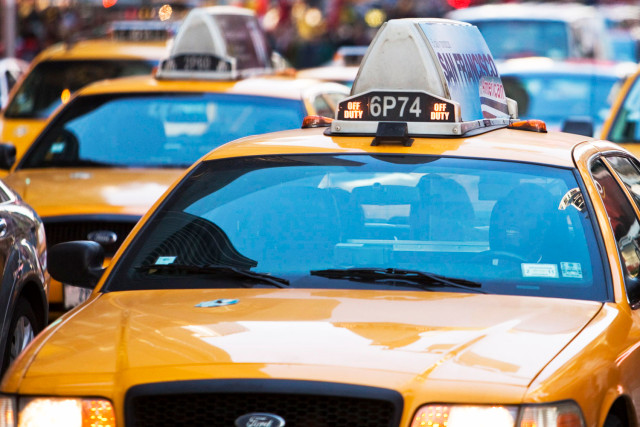