For decades, Israel has found its most eloquent defender in Alan Dershowitz. It’s not only that he has the highest credibility as a world-renowned Harvard law professor and one of the great criminal defense attorneys—perhaps the greatest—of his generation. It’s also that he is just so good at being Israel’s advocate.

Alan Dershowitz is among the finest debaters I have ever encountered, both live and in print. Some of the arguments he has advanced on Israel’s behalf are legend. Responding to the Palestinian argument that humiliation at the hands of Israel is the reason they’ve resorted to terror, Mr. Dershowitz said that even if that were true, which it is not, no one people in history have ever suffered more than the Jews of the Holocaust. No one was ever been more degraded, incarcerated, or slaughtered. Still, the Jews never chose to blow up German kindergartens or school buses in response.

There is simply no excuse for murder and one always retains the power to choose one’s response.

Responding to the constant charges that Israel is a belligerent country that is increasingly militaristic, Mr. Dershowitz has argued that one should not look at whether Israel is a moral country in comparison to other nations that are never attacked. Rather, Israel must be judged by nations who face a similar level of threat. And based on that criteria, Israel is quite simply the most moral nation on earth.

Now come the scurrilous and downright weird accusations that Mr. Dershowitz and Prince Andrew engaged in under-age sex with a woman tied to a once-jailed financier. Mr. Dershowitz has categorically denied the allegations completely and utterly. Moreover, he has gone on the attack, demanding that the woman in question repeat the allegations under oath and not just in a civil suit. He has also vowed to have the woman’s attorneys disbarred for making these allegations without checking flight manifests and other forms of evidence that would give them credence.

She has not. Rather, she has implicated him in a civil suit against someone else.

We are all mindful of women who are victims of sexual crimes and they must, of course, be protected. But the reputations of individuals who have devoted their lives to the greater good deserve consideration as well.

But establishing the truthfulness of these allegations is not the purpose of this column. Rather my purpose is to ask, Where are the Jewish leaders to rise to Mr. Dershowitz’s defense?

Here is a man of sterling character who has been a champion of the Jewish people and Israel his entire life. He is America’s best-known defender of Israel.

I work in the same space and I know what it’s like. The constant death threats from the Israel haters. The loneliness of walking into public debates at hostile universities and making the case for the Jewish state amid hecklers and disrupters. Waking up each morning to an inbox filled with the ugliest hate mail.

And Mr. Dershowitz gets much more than I do. In fact, Mr. Dershowitz’s office door at Harvard is papered in hate mail that arrives on a daily basis.

At the very least the man deserves the support of his community when he is the subject of bizarre attacks.

In establishing the veracity of these claims, can we not at the very least remind the world of his wholesome reputation? His life of communal service. His half century devoted to the law at the highest levels. The thousands of students to whom he has instilled a passion for the law. His courage in fighting for the Middle East’s only democracy. His willingness to cross party lines—he is a liberal Democrat—and side with his opponents when he felt morality demanded that he do so.

I have always wondered at the Jewish community in times of scandal. We run from it like the plague.

Have we Jews not forgotten what we have traditionally been accused of? Killing God. Drinking the blood of Christian children. Poisoning the wells of Europe and starting the Bubonic plague. Funding and fomenting Europe’s wars for profit. Being complicit in our own annihilation in the Holocaust. Harvesting the organs of Palestinians. And, most recently, perpetrating a genocide of the Palestinian people.

One of the dumbest sayings I have ever heard is, “There’s no smoke without fire.” Really? So any accusation carries some truth? Bill Clinton was accused of murdering political rivals. The American government was accused of starting the AIDS plague to wipe out homosexuals. And America was accused of staging 9/11 in order to wage war against Islamic nations and steal their oil.

In all these stupid, damaging, and defamatory accusations there was not an ounce of truth. Often there is absolutely no fire. It’s all smoke.

I would like to believe that, at the very least, what Alan Dershowitz deserves is the gratitude of his community. And that means that you stand up for a man when he is down, especially when not a shred of evidence has been brought against him.

You simply can’t have a situation where an individual spends his life defending his people and then when he himself comes under attack he is abandoned. That response lacks gratitude, it lacks integrity, it lacks decency, and it lacks values.

I will leave that to jurists more learned than me. But when it comes to Mr. Dershowitz, not only does he have the presumption of innocence, he has engendered goodwill by living a life devoted to defending an innocent and virtuous people who have repeatedly been slandered and defamed.

He has my gratitude. 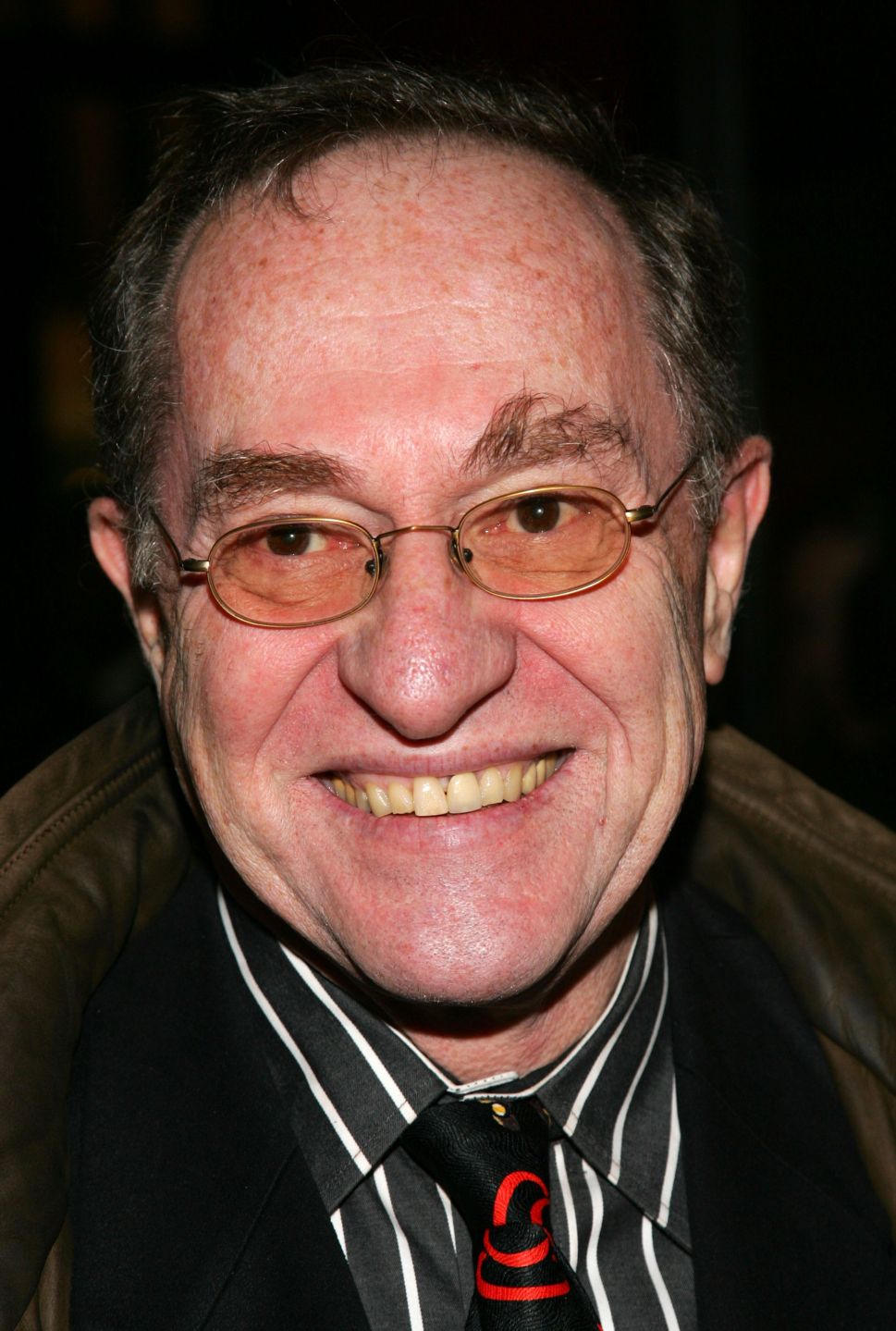