With 2015 off to a rolling start, the biggest blip on the radar of New Jersey politics is once again the political ambitions of the state’s top lawmaker: Gov. Chris Christie.

Christie, who is expected to officially announce his decision to run for the 2016 Republican presidential nomination sometime this month, is coming off a rocky 2014, achieving both highs and lows and still managing to keep his name in the running as a serious contender for national office. He’s among a handful of Republican figures across the country that have publicly mulled presidential campaigns, initially, for Christie, last year when he told a group of supporters at one of his boardwalk townhalls that he was still considering a run. Several months and a whirlwind of national media coverage later, Christie’s deadline for the big announcement nears, and his political ambitions stand front and center on the national stage.

The Republican governor’s already much-harangued celebration with Cowboy’s owner Jerry Jones following the team’s win Sunday provided another opportunity for political observers to talk about those ambitions. Insofar as declaring allegiances to any party — let alone a national football team — involves intentionally alienating certain groups, some saw Christie’s continued willingness to offend non-Cowboy fans, both nationally and at home, as an indication that he’s given up the ghost, determined to let it all hang loose in the absence of any real shot at the Oval Office (to be sure, that Christie’s presidential plans have been complicated, mainly by the early entrance of former Florida Gov. Jeb Bush, is a point widely accepted). Others, however, maintained that Christie is simply playing the role that he’s built for himself over the years — the boisterous, tell-it-like-it-is pure Garden State product  — and gaining some serious attention to aide his national climb in the process.

But what 2016 holds in store for Christie is still open to debate. While most agree that an affirmative announcement from the governor’s office in the way of a presidential run is inevitable, the question of what will actually come of Christie’s efforts on the national stage, especially with Jeb Bush in the mix, is less certain. A number of different potentialities for the incumbent governor have arose following Bush’s own announcement late last year. Here’s five.

In the deepest, most secret parts of the thick-skinned Republican’s soul, this is undoubtedly the most desirable outcome for Christie, the grandest stage in the world on which to lead and exercise one’s powers of charisma and personality. Christie at least seems well cut-out for the post, a moderate Republican whose populist tendencies could resonate not just GOP primary voters, but also with other groups in a national election. And a look at Christie’s prioritizing as New Jersey’s top executive over the last several months attest to this fact, indicating a smart pol carefully reconciling the interests of his own constituents — New Jersey residents —  with those of a national electorate. But President Christie is undoubtedly also the most unlikely outcome in this list, given a set of evolving factors and circumstances that continue to bode poorly for the candidate’s chances. After all, the ultimate effect of Christie’s priorities toward the end of 2014 was negative: many of Christie’s decisions, including his extensive travels as head of the Republican Governors Association, ultimately came back to hurt his standing on his home turf, resulting in some of the lowest job approval ratings of his career, and the clear sense that New Jerseyans had had enough of an upwardly-mobile governor who spent almost as much time out of the state as he did in it. There’s also Bridgegate, the findings of the state U.S. Attorney Paul Fishman’s investigation into which could ultimately spell disaster for any of Christie’s possible future paths, as well as the Bush problem: most believe Bush’s plans pose a serious hurdle to Christie’s chances, as the son of the dynastic Bush family could have the inside track with donors who are moderate Republicans.

Political observers say it’s unlikely — Christie, after all, hardly fits the “second-in-command” title, and with a big mouth and an unpredictable kind of way about him is more likely to become a liability than anything else. But in a crowded GOP field where potential Republican candidates span the ideological gamut from Tea Party standard-bearer to northeast moderate, Christie could find himself in line for a VP nomination, paired productively with a more conservative presidential nominee. And it wouldn’t be the first time Christie was pegged for the post: in 2012, Republican presidential candidate Mitt Romney and his team had mulled the outspoken New Jersey governor as their candidate for Vice President, and Romney, it was said, went as far as to make Christie his first choice. A number of complications — involving Christie’s weight and the fact that he refused to leave his governor’s seat, making it harder for Romney’s team to fund raise — ultimately kept that combo from becoming reality, but Christie could find the offer on his table again this time around. That is, of course — and making the fellow Republican that much more of a problem for Christie’s own ambitions — Bush gets the nomination. Political observers say it’s unlikely that Bush, a moderate conservative himself, would select a candidate like Christie for the slot, who’s ideologically similar and would do little to help the ticket appeal to demographics the GOP has traditionally ignored, like Hispanics.

This one is interesting. In the likelihood that Bush and Christie both find themselves occupying the same niche on a national stage, some insiders see Christie taking a combat role, quietly conceding the nomination to Bush while using his own campaign to beat on any other Republican opponents who try to elbow the frontrunning candidate. In return of his hard work, Christie would have bestowed on him the role of Attorney General, a post that fits his personality better than VP and that would nicely round out his career. It makes sense, both because it’s more Christie’s style, but also because Christie, a longtime friend of the Bush family, was given his start when former President George W. Bush, Jeb Bush’s brother, named Christie U.S. Attorney for New Jersey in 2002. Christie respects loyalty, those close to him say, and he and the Bush family are said to maintain close ties, Christie having campaigned both for George W. Bush and George H.W. Bush in New Jersey early in his career.

“Chris Christie’s America”, airing on a Fox News network near you? Some see it as a possibility. Started as a rumor in Trenton as Christie prepared for re-election in 2013, the idea that Christie — charismatic, opinionated, confrontational, limelight-loving Christie — could be in line for a gig on the country’s most conservative news network is an entertaining thought, if not wholly likely. Christie has at times been a regular guest on various Fox News shows, and is already one of the most popular public figures in the country, amassing millions of views on YouTube clips featuring the rotund governor screaming down unruly hecklers. It also wouldn’t be the first time a conservative, controversial governor has made the jump from public office to entertainment media — Fox News also features a show hosted by former Arkansas Gov. Mike Huckabee, who announced Saturday night that he is leaving the job to again weigh a potential presidential run in 2016.

It’s the easiest, least glamorous — and therefore, maybe for Christie, least likely — path through 2016. With all of the challenges in the way of his presidential ambitions, from Jeb Bush to Bridgegate to fundraising, Christie might take the final year of his tenure as New Jersey governor to forget about the White House scramble and focus entirely on his home state. Christie has said he has no intention of leaving the governor’s seat if he runs for the Republican nomination in 2016, but difficulty in fundraising for a national campaign while still holding office in New Jersey could yet compel him otherwise — and even if he does manage to undertake the two, managing a state while also running his presidential campaign, one is liable to suffer. Most agree New Jersey’s problems, from a chronically underfunded state pension system to ongoing credit downgrades to Atlantic City’s economic woes, can’t be put off. Staying here to address those issues might mean giving up his presidential aspirations — some say this is Christie’s best and possibly only chance to mount a national campaign — but New Jersey sure seems to have enough to keep him occupied at home. 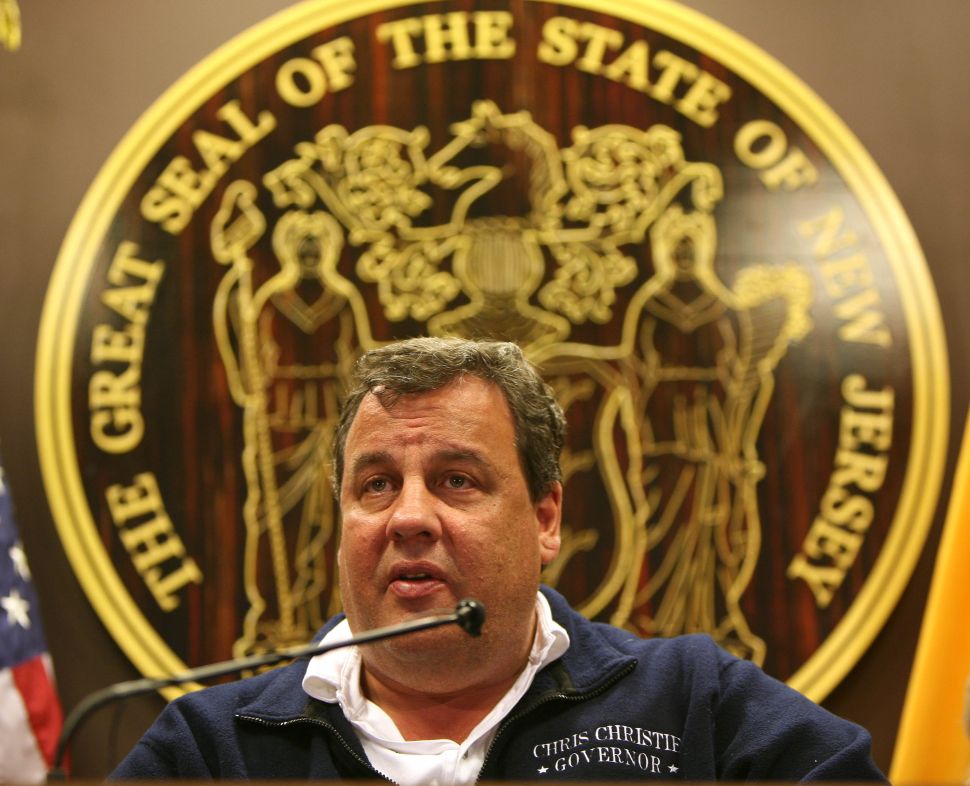