As the year begins, I’m troubled, worried, confused and concerned about the art world: Are we treading on thin ice, or can this bull market just charge along for over a decade? When was the last time the art market didn’t surprise and defy all logic? It’s up when it should be down and vice versa.

Remember last November, when Jeff Koons’ classic Celebration-series sculpture “Moon (Yellow)” failed to sell at Sotheby’s, whereas a brand new “Balloon Monkey (Orange)” sculpture sold for $25.9 million at Christies? Several “experts” have rationalized this outcome for me since then by saying that Moon was shopped to death whereas Monkey was fresh. Or they state the obvious point that Moon is so big its hard to hang on the wall whereas Monkey can easily go outside; the truth is that it makes no sense. Moon (which insiders knew was being sold by Damien Hirst) is a much better piece than Monkey, which only proves that auction results are a big roulette wheel.

That wheel took a turn as 2014 ended, with both auction houses firing their CEOs almost simultaneously. Earlier in the year, Tobias Meyer, Sotheby’s star auctioneer and department head suddenly left his post. Meanwhile, hedge fund tycoon Dan Loeb had bought 10 percent of Sotheby’s stock and was rattling his sword accusing the company of being an out-of-date “old master.” This all conspired to create weak results in their critical fall sale, the biggest and most important of the year. What followed was the immediate ouster of the company’s longtime CEO Bill Ruprecht.

Christie’s, on the other hand, had enjoyed a hugely successful $852.9 million sale by selling Cy Twomblys, Andy Warhols and Franz Klines for huge prices. This impressive result was celebrated by the firing of their own CEO, Steven Murphy, despite his reporting the greatest sale in art history. Later, Christie’s revealed that it didn’t make much money, because profits were eaten up by guarantees to sellers and expenses … now this all makes perfect sense doesn’t it, go figure!

In this money frenzy, new art drowns out the old. At the gallery (Venus Over Manhattan) we’ve shown Walter Dahn, William Copley and the great Jack Goldstein in an attempt to focus some well-deserved attention on overlooked or under-esteemed artists, but the market doesn’t appreciate piss in the wind, it would rather see more Shiraga or other flavors du jour.

Take Karel Appel; is he timely today? Perhaps he is, but no one seems to care. Peter Saul is another overlooked mad genius who is ripe for some reconsideration, but when there are so many new artists to compete with and plenty of gamblers eager to bet on them, who has time to look back? This market wants to go onward and upward, and it probably will.

So, what’s it like “switching sides” and becoming an art dealer? Imagine that you love to surf so you decide to open a surfboard shop. Now every time there’s a good swell, instead of catching some great rides with your buddies, you are stuck working in the back of your shop. Of course there is gallery upside: I get to work with some great artists and great works, and I’ve also invited special guests to curate shows. It’s not easy to keep the program original and surprising.

In the art world, the same lame art can linger for years, and 10 different galleries can give it a show with meager results. Suddenly a “name brand” gallery shows the work and they let fly the rumor that it’s “selling out,” you can’t get one! There’s a huge rush to buy and even the art advisors need to weigh in to get their top-drawer clients served. Total amnesia takes over and everyone needs to get in before it’s too late. What happens next? Who cares! The market is already focused on the next hot potato and the game of musical chairs will soon start all over again.

What’s missing today is connoisseurship, and original thinking. People can’t be bothered. They don’t have time for it or they simply don’t care. No one has patience for listening and learning; high stakes art selling relies on creating the feeding frenzy that triggers an irrational impulse-buy. The market is fueled by pure hustle; the most successful dealers are the ones who are best at selling the sizzle, because no one gives a damn about the steak.

Not that there isn’t great art to be seen. Last year, Robert Gober proved that a masterfully installed show even in the flavorless space that is MoMA can look amazing (he installed it himself).

Gallery-wise, Rudy Stingel’s “Mountain paintings” at Gagosian were definitely epic, I also liked the “Calder: Shadows”  and “Raymond Pettibon: Are your motives pure” shows at my own gallery, Venus. My neighbor Joe Nahmad flexed some muscle when he staged a great and timely exhibition of early Richard Prince monochrome jokes whereas Luxembourg/Dayan scored another hit with their “Shaped Canvas.”

The art of now is less about sex and more than ever about power and money (art can’t be about politics today because it’s too expensive to be democratic). Warhol once said “good business is the best art” so perhaps we should all blame him. People used to say Marcel Duchamp ruined art but Andy is the one who really eviscerated it.

What’s particularly funny is that today art is expensive, but people don’t seem to be fazed in the least. It’s the classic stampede. Nobody wants it when its cheap, but when it’s wildly expensive they love it and can’t get enough of it. 2000 was an optimum time to buy. The big money in art was made by those who stockpiled work by Picasso, Calder, Warhol and Basquiat; those who bought blue chip in depth back then could almost do no wrong. I’m not a romantic or a nostalgic but those good ole’ days are gone for good. Now you got to pay to play.

At the gallery this year, we have some surprises and a few rabbits left in the hat. It is challenging, but I’m sure it will all pay off … though perhaps not in my lifetime. 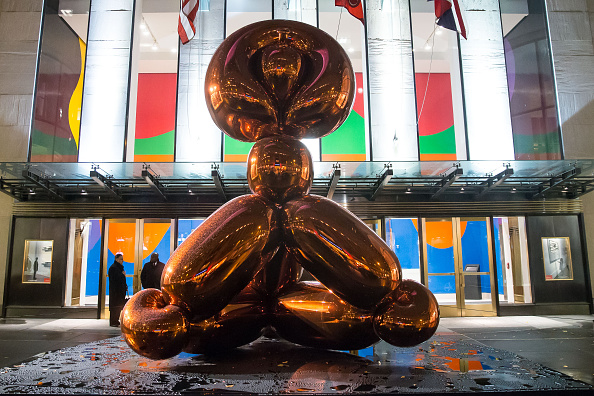