Mr. Wells writes that he opted out of ordering three very expensive items, which he deemed excessively overpriced.

“Price of a maki roll of chopped fatty tuna wrapped in rice with caviar piled on each of the eight pieces: $240,” Mr. Wells wrote. “I could never bring myself to order it, or two dishes filigreed with white truffles: the fried rice with mushrooms ($120) or the Ohmi beef tataki ($150). So I can’t tell you how any of them taste, but I can tell you that by the time I spotted something for less than $80, it struck me as a steal.”

Mr. Wells gave no apparent reason for his abstinence, though, which we thought seemed strange. Restaurant critics—who dine on expense accounts, after all—are not known for their fiscal restraint.

In 2011, for instance, Sam Sifton, now the Times‘ food editor, gave three stars to Masa, which is owned by Mr. Takayama, and happens to be the most expensive restaurant in the city (diners can expect to dish out $450 each, before drinks, tax and tip). Mr. Sifton came to his three-star conclusion, he wrote, “in meals eaten over the course of more than 12 months, first in the spare, quiet dining room and later at the wide and sanded expanse of its hinoki-wood sushi bar. Much of my time was spent in a fog of pleasure, sitting dumbfounded on the shores of excess.”

12 months! Even if Mr. Sifton’s review was thoughtful and good, as it was, Times restaurant reviewers are only required to patronize an establishment three times before giving their verdict, and one assumes Mr. Sifton went more than that in his year-long bacchanal. (Such decadence prompted the writer Andrew Goldman, a former Times freelancer, to tweet that Mr. Sifton’s “multiple visits might well be the reason the Times was in financial ruin,” as he recounted in a recent Slate essay.)

In 2007, Frank Bruni delivered a deft takedown of Harry Cipriani, in a review titled “The Gloss of Opulence” that may have inspired Mr. Wells’ latest dispatch. Although Mr. Bruni professed not to have enjoyed any of the expensive food he consumed—which included a filet mignon with “chalky” chicken livers, at $55.95, as well as a $36.95 spaghetti—he made no mention of opting out of any dishes.

So why didn’t Mr. Wells let loose? The Times recently let go of more than 100 staffers—through buyouts and layoffs—so could it have been the case that expense accounts have been reigned in?

“No,” Mr. Wells deadpanned in an email response, “the Times hasn’t yet issued any budgetary guidelines on allowable expenses for maki rolls.”

Then what was it that kept him from splurging?

“I just couldn’t bring myself to spend that much money on one item, even though it wasn’t my own money,” he said, adding: “I was held back by some private quirk of my own, either my New England Yankee upbringing or some hidden psychological issue that a therapist should probe. Maybe if the meals had gone differently, and the lower priced items had turned out to offer one delight after another, I might have ordered the toro roll to see just how intense the delight could get. But as it was I had enough trouble finding good values in the double digits.”

“Have no fear,” he concluded, “the Times still handed over buckets of money even without that $240 roll.” 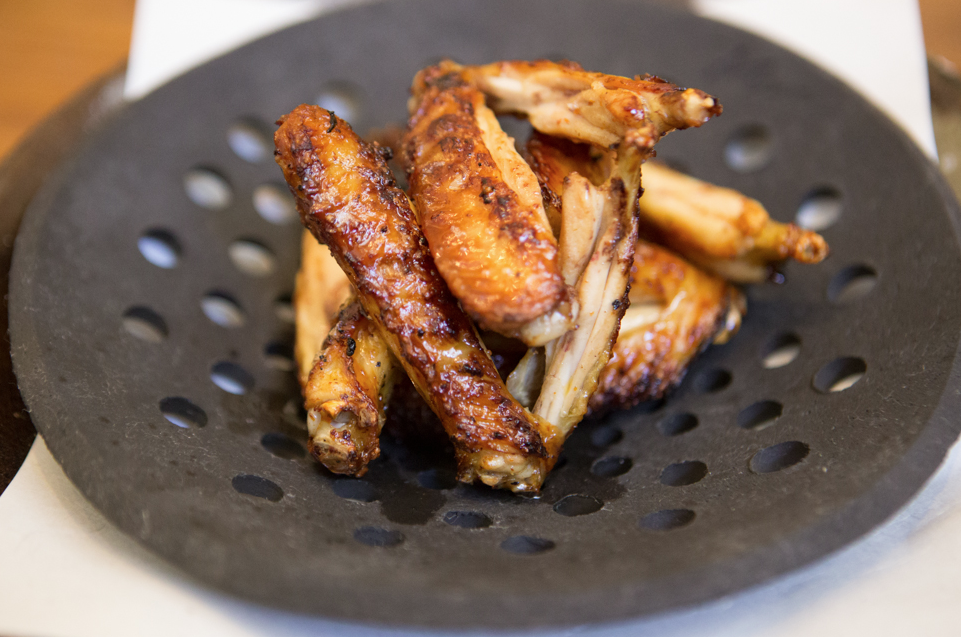