Since the start of the Arab Spring in 2010, Saudi Arabia has been hedging. Actually, deferring is the word. The Saudis have deferred to American leadership in places like Syria, Egypt, and Yemen, though they have repeatedly been shocked by that leadership. They may not be willing to defer much longer.

King Abdullah, now departed, had a long history with the United States. He was remembered as “a dear friend and partner” of the first President Bush, who praised him and their alliance against Saddam’s Iraq in a statement released on Thursday. Abdullah had been Crown Prince and commander of the National Guard when the Kingdom made its crucial, history-altering decision to ask America for assistance during the first Gulf War. Deserts Shield and Storm followed, and the US-Saudi security partnership was soldiered into the emerging post-Cold War order. It was also an anti-Iran order, by implication or design. And the basic element of that Brave New Middle East was that America leads. The Saudis can pay, fuel, feed, and in some cases fight, but America leads.

The new king, Salman bin Abdulaziz al-Saud, is not a stranger to the danger Iran poses to his country. He became Defense Minister at the start of the Arab Spring in 2011, during a particularly infelicitous half-decade to be involved in his country’s security issues. He’s also 79, with the reputation of a diplomat, so it may well be that his last lessons are less significant than his first ones, as governor of Riyadh. We should hope so. Because it’s not clear that he is willing to defer endlessly to American leadership; the last five years, surely, have made it very much not clear that deferring works. It hasn’t worked in Yemen, where the President just quit under the guns of a Shiite militia, and it certainly hasn’t worked in Egypt, Lebanon, or Syria.

In fact, the only positive thing to say about the Syrian debacle is that no major Sunni state has thrown in with the radical Islamic opposition. Qatar flirted with them, in its coquettish, neutralist way, but nobody’s gone over whole hog. Which is fortunate, particularly since those states are locked into a mortal struggle with Iran and absolutely committed to Assad’s removal. One of the great strategic risks of Inherent Resolve, the campaign against ISIS, was that was Saudi Arabia and its partners would grow tired of the US prevaricating about Assad and Iran and take matters into their own hands.

The coup in Yemen this past week has made that risk far greater, by throwing into stark relief the danger posed by Iran. Yemen has always been a vital security interest for Saudi Arabia, one it has traditionally been willing to fight for, like Britain and the Low Countries. And an Iranian foothold in Yemen—a pied-à-terre, really—is a catastrophe.

Its timing was also not great. By most accounts, the Saudis have been appalled by the American nuclear negotiations with Iran. They saw an emerging American condominium with their bitterest enemy, without any comprehensive settlement, and the weakening of an international sanctions regime that had finally, twenty-five years after the revolution, been put into place.

Iran is, after all, a natural regional hegemon. It’s the biggest and strongest state in the Middle East, dominates the Persian Gulf’s chokepoints, and has a 1400-year-old religious bone to pick with the traditionally dominant Sunnis. Both Saudi Arabia and Bahrain have significant Shia populations—a majority, in Bahrain’s case—and both view Iran as an existential threat. The other Gulf States do as well. With Lebanon and Iraq gone and Assad hanging on in Syria, the fall of Yemen leaves the Saudis nearly surrounded, right when its bond with the Americans is—if not fraying—at least somewhat loosening.

The risk now is that the shock of Yemen will spur Saudi Arabia to commit seriously to removing Assad, but on its own terms. That means money for the Islamic Front; it might mean money for the al-Qaeda-aligned al-Nusra; it might even mean money for…others. Salman is reportedly no stranger to Sunni radicalism, and Saudi leaders always face the twin threats of Iran and their own fundamentalists. Since 1990, American support has been a way to fight both at once; but absent that support, some tough choices have to be made.

If King Salman takes a more active role against Assad, Washington will also face a choice. A re-intensified conflict between Saudi Arabia and Iran will lay bare the strategic discontinuity in its Syria-Iraq policy—the fact that Assad is staying. Since it is difficult to imagine the United States abandoning its decades-long partnership with the Saudis in favor of a revisionist Iran, it would likely be pulled back into the Sunni coalition. And a more vicious regional fight with Iran would almost certainly torpedo the nuclear negotiations with Iran. Can’t un-sanction someone you’re actively fighting, after all. So the question is: what will King Salman do? 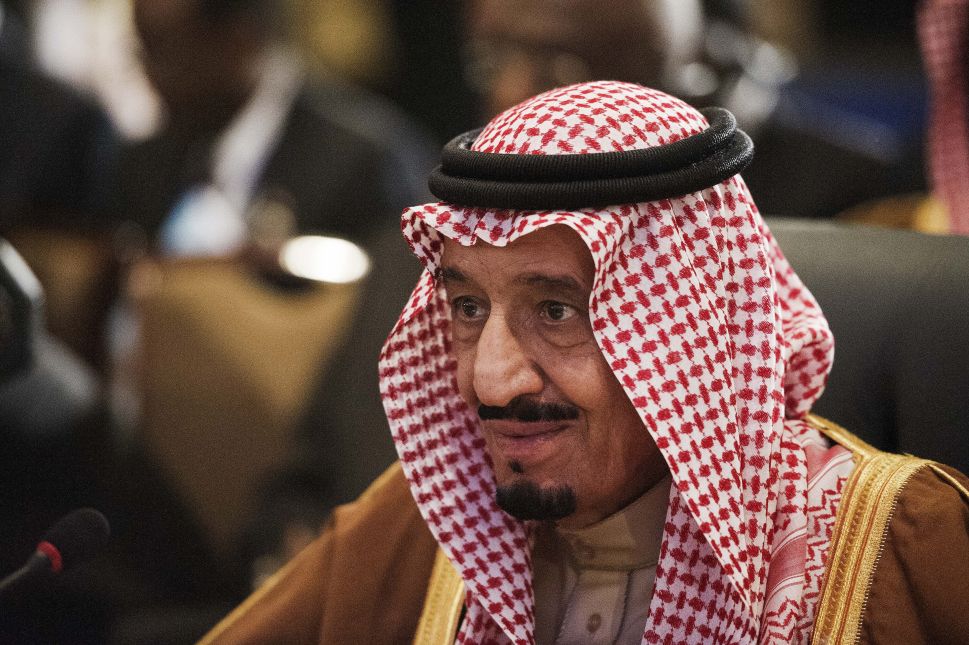