American Sniper is a film of soaring patriotism and an ode to our courageous military. For too long Americans have lived with only two percent of the population losing arms and legs and dying so that the other ninety-eight percent can be safe and free. If we’re not going to copy the heroes of the military at least we can salute them. But the prerequisite of gratitude is knowledge and so few of us really know how much our military sacrifices that it’s hard to feel indebted. That’s what makes American Sniper a movie that portrays Hollywood at its best, telling the story of a valiant and selfless soldier with complexity, truth, and depth.

So why are so many people on the left attacking the film? What is their issue with a hero like Chris Kyle, who dedicated his life to saving Americans from murder and was himself killed when he tried to help a psychologically damaged marine?

The answer lies in our failure to hate evil. What American Sniper is really about is the battle by decent men against truly dark forces of wickedness. The American soldiers who battle the terrorists in Iraq do not hide their contempt for the killers. They hate them, despise them, loathe them, and want to kill them. Not because they have any bloodlust and not because they enjoy violence. Rather, they are committed to life and are well aware of the fact that the only way to prevent the murderers from slaughtering the innocent is through the necessary evil of conflict.

From time immemorial theologians have debated what makes a person truly righteous. How do we know when someone’s faith is sincere? Some say it is evidenced by a love of humanity. But I have met legions of confirmed atheists who are the finest human beings alive. Others argue that it is martyrdom and a readiness to lay down one’s life for a great cause. But suicide bombers blow themselves up in the name of their faith all the time. Still others argue that goodness is judged by religious ritual observance. But we all know religious people who are devout church and synagogue-goers but who are utterly unethical in other spheres.

Which brings me to this conclusion. The most accurate standard in judging our commitment to humanity is the  extent to which we fight to preserve life. For some that fight involves research in a lab to defeat cancer. For others it involves climbing a ladder in a terrible inferno to rescue a stranded child. And for some it involves going to war against barbarous terrorists so that they cannot blow up pregnant women.

Hating evil is just as important as loving the good. Because if you don’t, you’re likely to give evil a pass. A man as enlightened as George Bernard Shaw called Hitler a great man. Distinguished Americans like Charles Lindbergh compromised themselves utterly through their admiration of the Fuhrer.

To be truly righteous, it’s not enough to love good people. You have to hate—and fight—bad people.

The phrase “Hate the sin but not the sinner” applies only to sins where the crime is not truly monstrous. But something as horrible as terrorism cannot be purged from the sinner. The terrorist becomes one with his crime.

If you don’t hate Kim Jong Un, who is starving his people to feed his military; if you feel only indifferent to the Klan when they blow up black kids; if you are not filled with odium at Hamas terrorists who use Palestinian children as bullet-proof vests, you have a broken moral compass.

Proverbs declares, “The fear of the Lord is to hate evil,” and King David declared regarding the wicked, “I have hated them with a deep loathing; they are as enemies to me.

Abraham Lincoln had no hesitation declaring his hatred for the abomination of slavery. In 1854 in Peoria he said, “I cannot but hate slavery. I hate it because of the monstrous injustice of slavery itself.”

Churchill spoke openly of his utter hatred of Hitler. “I hate no man but Hitler.” And because he hated the beast he inspired a nation to fight him. The French, who did not hate Hitler, collaborated with him and sent Jews and many others to the gas chambers instead.

But on the political left, hatred has gone out of vogue.

Many of the mainline Protestant denominations speak of loving one’s enemies. They quote Jesus as to the need to “turn the other cheek.” But Jesus never said to love God’s enemies, those whose entire existence is dedicated to mayhem and murderer. And he never exhorted his followers to turn the other cheek to those who behead hostages or use children to blow up American soldiers.

Critics of American Sniper believe that it is wrong to hate evil. Indeed, evil can always be rationalized. Suicide bombers in Israel have been excused as being offended by Israeli checkpoints and the lack of an economic future. Hamas terror rockets, aimed at Israeli cities, are dismissed as resulting from a naval blockade. Al Qaida killed marines in Iraq because America had no business invading a Muslim country. This kind of muddled moralizing is dangerous and is exactly why the West has not fully summoned the iron determination to defeat terrorism.

I completely understand why Chris Kyle hated the Islamist terrorists who fought America in Iraq. The United States was there to set up choice and democracy. The terrorists were there to impose their faith by force. I too despise them. I hate these terrorists cowards who shoot women in the head with every fiber of my being.

Those who do not hate the wicked harbor an insufficient love of the innocent. Our responsibility is to protect the vulnerable from the ravenous claws of the terrorists rather than finding excuses for their slaughter.

Murder is always wrong. Period. There are no excuses.

Forgetting how to hate can be just as damaging as forgetting how to love. Exhortations to hate all manner of evil abound in the Bible. Hatred is a valid emotion — an appropriate response — when directed at the truly evil: those who have gone beyond the pale of human decency by committing acts which unweave the basic fabric of civilized living.

Men like Chris Kyle did not hate as a form of revenge but for the preservation of justice. They believed that the citizens of Baghdad deserved the same freedoms as the people of New York. And in hating evil passionately brave American troops found the determination to fight it fervently. It makes we who watch it feel uncomfortable. But were it not for their sacrifice in fighting evil, there would be precious few of us to watch. We would be victims rather than witnesses.

Martin Luther King, Jr., famously said, “We will have to repent in this generation not merely for the vitriolic words and actions of the bad people but for the appalling silence of the good people.”

Let armchair warriors condemn heroes like Chris Kyle and the Hollywood producers who have immortalized his heroic story. Let them stand over campfires and sing kumbaya. I have no truck with those who clamor for peace. God bless them. We all wish for peace. We all believe in love. But, strange as it may sound, sometimes we can only create a world based on love if we summon the will to fight those who only believe in hate.

Rabbi Shmuley Boteach, whom Newsweek and The Washington Post call “the most famous Rabbi in America,” is the Founder of This World: The Values Network, the world’s leading organization defending Israel in world media. Follow him on Twitter @RabbiShmuley. 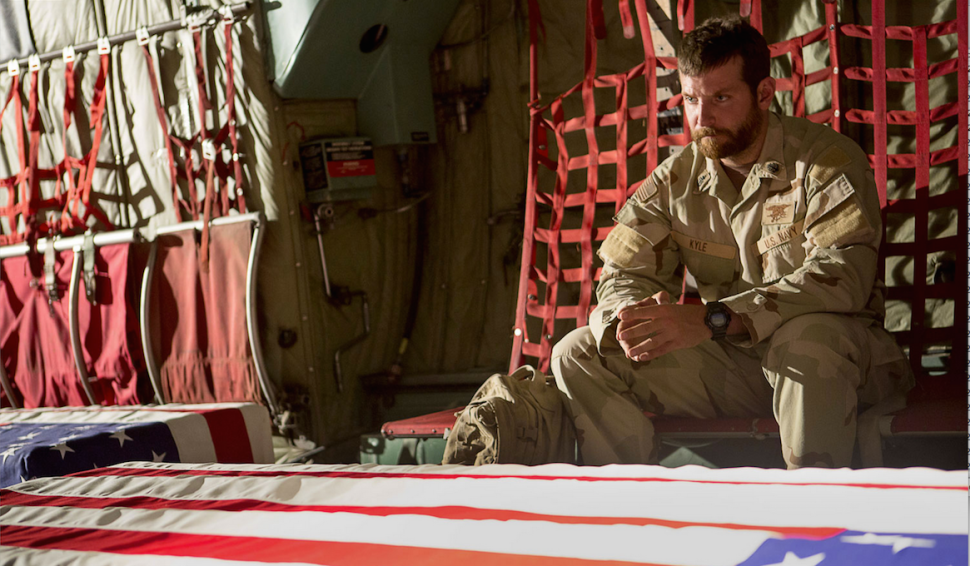