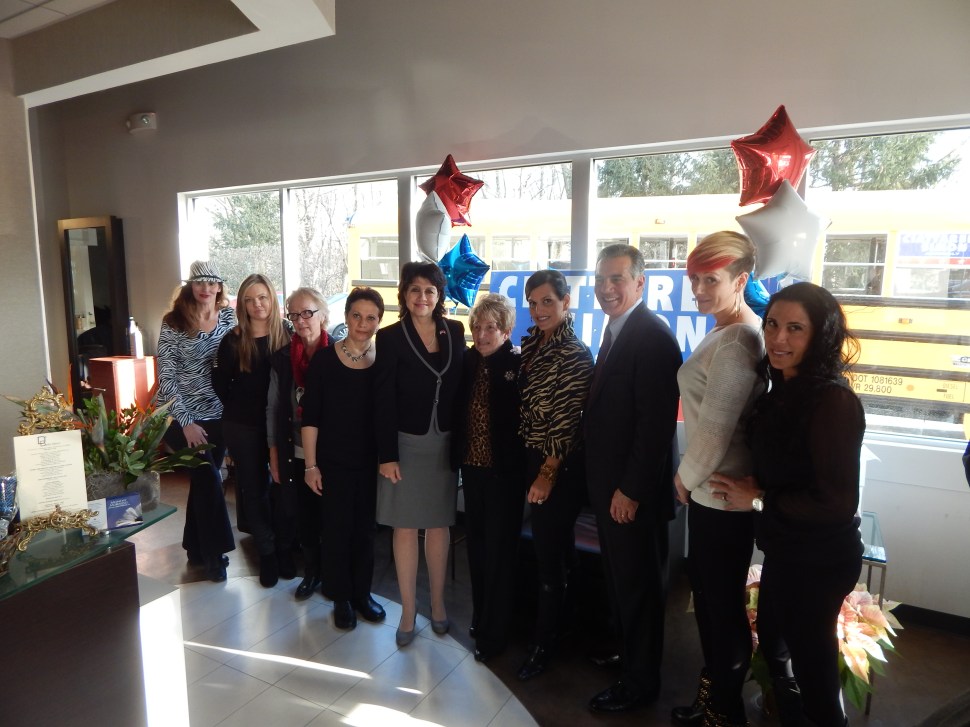 KENDALL PARK — Cris-crossing Central Jersey in their big yellow school bus, beginning in Hunterdon County in the morning, over to Somerset County by noon, and down to Mercer County from there, the Republican representatives of the 16th legislative district kicked-off their re-election campaigns today with a four town tour — ending it here, in Middlesex County, amid the scent of hairspray and the sound of clippers shearing away at the heads of customers inside D’Bella Salon.

“Today is all about the beginning of a nine month campaign to communicate our message to our district — all 14 towns, all 220,000 citizens that live and work in it — that we’re all about doing what’s necessary to make New Jersey better,” said Assemblyman Jack Ciattarelli (R-16), joined by his district running mate Assemblywoman Donna Simon (R-16).

“We recognize that everyone is hurting. Whether I spoke to individual families, young or old, everyone has the same worries,” Simon said, adding that “The message is clear: everyone is tired of high taxes.”

Ciattarelli and Simon are back on the ballot in November, during an election year that is bound to see exceptionally low voter turnout. Assembly election campaigns will head up the ticket at voting booths throughout the state, and, save for a few South Jersey battlegrounds and some particularly dicey mayoral contests, few races this year are expected to generate any real competition. 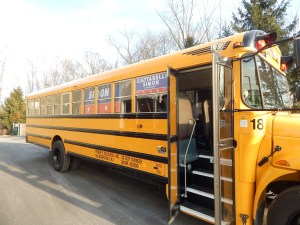 It’s unclear whether that will be true for Cittarelli and Simon, however, both of whom have coasted comfortably in this Democratic-on-paper but largely Republican-friendly district over the last few years. Simon entered her post in 2012, filling the seat of former Assemblyman  Peter J. Biondi, who died two days after his own re-election, while Ciattarelli has served since 2011, jumping into a vacated by Denise Coyle who chose not to run for re-election due to redistricting.

In following years, both have stayed Democratic challenges — Simon notably in her special election against against the Democratic hopeful Marie Corfield, a Raritan Township art teacher-turned-YouTube start who skyrocketed to notoriety after facing off against Gov. Chris Christie during one of his famed town hall meetings — and the opposing party has yet to announce a set of candidates for this year’s race.

Still, that didn’t keep the two from getting a jump start on their re-election campaigns today, as they addressed a small gathering of supporters at their final campaign stop with classic conservative rhetoric. Both called for lower taxes and school funding formula reforms to offset the burden suburban communities — like the ones that largely make up the 16th district — are forced to shoulder.

“South Brunswick is a district that sends over $50 million a year in income taxes to Trenton, and it gets back less than fifty cents on the dollar for its schools,” Ciattarelli said. “That’s something Donna and I are working on changing.”

Simon, who sits on the Assembly’s Education Committee and the state’s Joint Committee on Public Schools, said the district includes over 595 schools, making that issue a particularly important one.

“That’s something that is my passion,” she said. “And it’s not so much about how much money we’re going to save — though that’s a wonderful thing, it’s a plus — but it’s about increasing efficiency by reducing spending.”

However, Ciattarelli — a onetime U.S. Senate hopeful and, according to some circles, a possible gubernatorial aspirant — did not restrict the rhetoric to local issues. Speaking to problems of a statewide bent, he said he senses feelings of unrest among residents of a state whose problems seem to grow in breath and number every month.

“There’s a number of different proposals that Donna and I submitted that address these challenges,” he added.

There to supervise the trip was Al Gaburo, Somerset County Republican chairman. Gaburo, who’s coming off a heated battle last year over freeholder seats with the county’s Democratic chairwoman, Peg Schaffer, said the runway looks clear in the district for Ciattarelli and Simon’s re-elections.

“Donna and Jack have done a really good job not only getting out in this district, but two years ago they got 57.5 percent of the vote, and [state Senator Kip Bateman] got 60 percent,” he said. “So it’s a great district, but they just feel that they wanted to get out early to get some folks energized.” 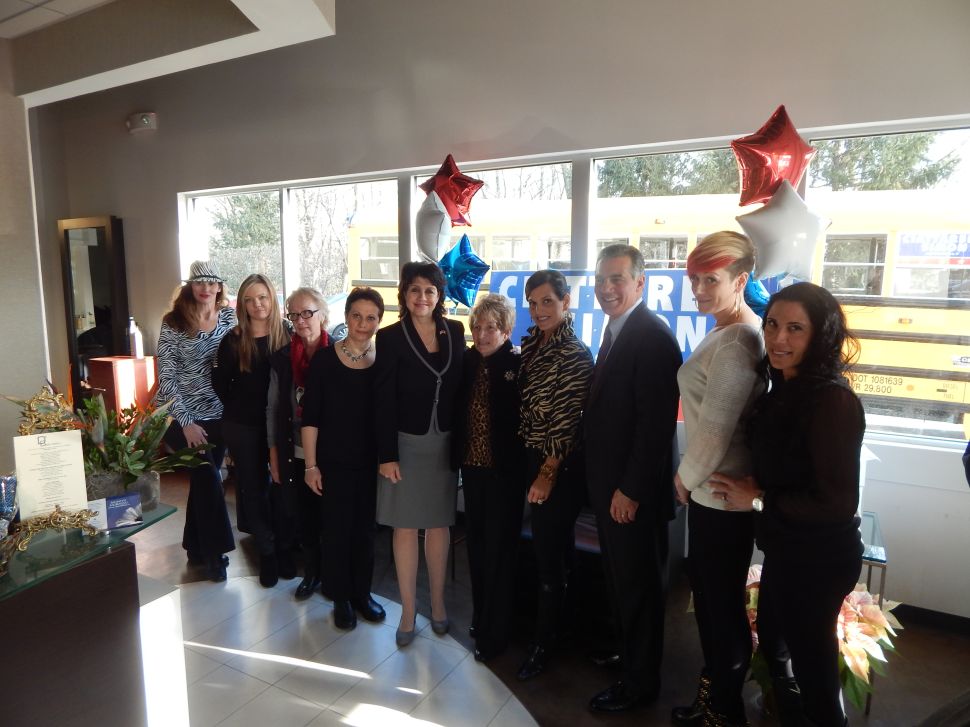