Just before the holidays, a handful of unusual business proposals made their way to the desk of Marlen Kruzhkov, an attorney at New York’s Gusrae Kaplan: Russian buyers were looking to flip closed real estate contracts.

The half dozen offers were all apartments in Miami and the surrounding area, ranging from $5 to $12 million, initially purchased before the December collapse of the ruble, which shrunk the combined wealth of Russia’s 20 richest men by $10 billion in two days.

The buyers who approached the attorney and his clients had placed sizable down payments on the apartments but following Russia’s increased economic woes, no longer felt they had the liquid assets to carry on with the transaction.

“They were offering to sell the contract at a loss, willing to take a fifty percent loss on a down payment as not to take a hundred percent loss. Due to the exchange rate, they did not have the liquidity to finish the transaction,” Mr. Kruzhkov told the Observer. Second and in some cases third homes of this kind stopped being a priority for Russian buyers. “An apartment in Miami, even the most glorious beachfront apartment, is not a priority right now.”

Troubles with Russian buyers have also found their way to the New York real estate market, materializing in a slightly different way as buyers look to escape contracts during the negotiation process. Several wealthy Russian buyers canceled deals based on Russia’s increasingly strained relationship with the western world. “I have had Russian clients who were about to purchase properties in New York change their minds within days of Russian occupying Ukraine,” attorney Petro Zinkovetsky told the Observer. One of the buyers was purchasing a $10 million home; another was looking to spend over $17 million. Mr. Zinkovetsky promptly canceled both deals.

While the stereotypical Russian buyer is a billionaire handing over a briefcase of cash for a park view penthouse, the true buyer is a millionaire who considers both financing options and bustling downtown lofts. Billionaires unaffected by the stumbling ruble are, in fact, infrequent buyers in the American real estate market compared to mid-range millionaires.

“Your average Russian buyer tends to be someone who works in the $5, $10, $15 million range. Obviously very wealthy people, but also people who are much more likely to feel a pinch given the economic situation and the exchange rate,” Mr. Kruzhkov explained.

As that pinch becomes increasingly uncomfortable, Russian buyers consider less expensive apartments they can rent out more easily in neighborhoods that may have previously been overlooked.

Russian buyers in Florida have looked past South Beach to apartments in the Miami suburbs, and the same demographic in New York recently shook their attachment to a 15 Central Park West address. “In the past they really concentrated on Central Park but they were priced out from that 57th Street corridor. Millionaires cannot afford it, you really need to be a billionaire,” said Tamir Shemesh, an associate broker at Corcoran who specializes in international buyers. Instead, their attention has turned to TriBeCa and Soho.

“We have deals with Russians below five million but no one is talking about it because they think its just billionaires buying, but that’s incorrect.” As well as dealing with lower million sales, Mr. Shemesh has increasingly been putting the apartments purchased by Russian buyers on the rental market immediately after close.

The $2 to $3 million apartments preferred by the buyers bring $8,000 to $12,000 per month on the rental market, enough to cover common charges and taxes, though perhaps not turn a sizable profit. “Russian buyers look to New York as a safe haven for their investments. Even if they aren’t going to make money on the place, they are going to preserve their wealth,” Mr. Shemesh said.

Even Russian buyers who purchased trophy apartments in the city years ago are now looking to rent them out. A client of Mr. Zinkovetsky’s has owned a New York apartment for two years but spent only five collective weeks in the space. Last month, he decided it was time to rent it in an effort to level out the increasingly burdensome maintenance costs. “[Russian buyers] view United States real estate as a ‘safe deposit box’ that occasionally comes with a good view. Their objective is to move money out of their home country and safeguard their assets by placing them in the U.S. real estate… [But] at this point, it becomes expensive to maintain a ‘safe deposit box’.”

Not all Russian buyers are feeling a sense of loss. Some are looking at their fellow countrymen’s real estate woes as a lucrative business opportunity, including several of Mr. Kruzhkov’s cash rich clients. “One person’s negative is someone else’s positive. There will always be people ready to buy things at a discount, a lot of people are going to be willing to take these deals.” 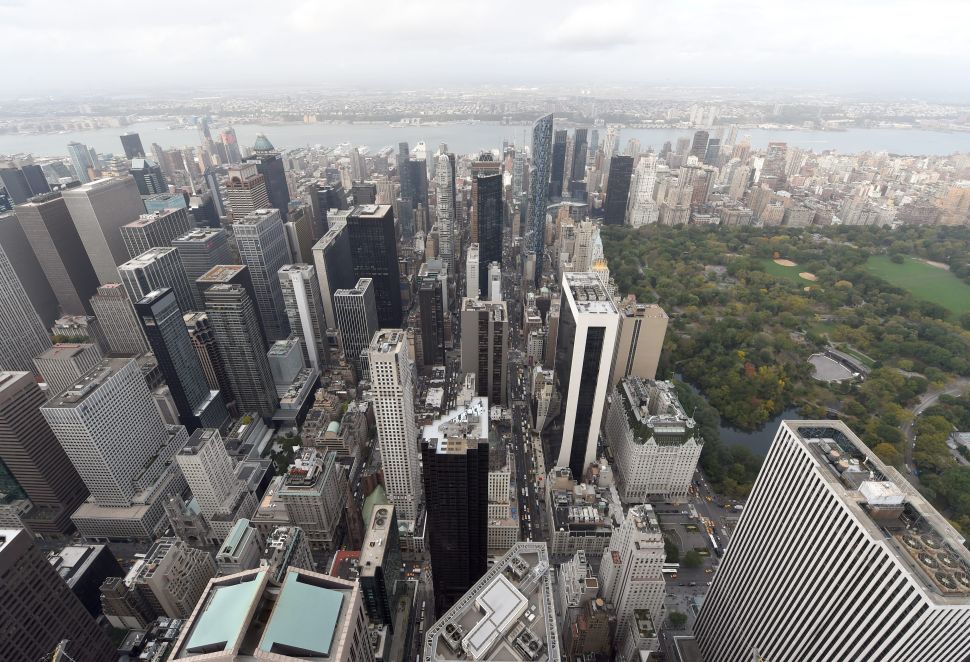