Good news today for hardcore movie and television memorabilia collectors AND/OR people who have had a good portion of their face blown off in World War 1. Auction website Screenbid has a Boardwalk Empire auction going on right now, and there are a ton of genuinely cool items from the set up for grabs, including Nucky’s opening credits hat and suit, Al Capone’s mandolin, Arnold Rothstein’s pocket watch (can we call dibs? If so, dibs on that.) And then there’s the coolest item — or most disturbing, depending on taste — Richard Harrow’s face mask.

For those who missed Boardwalk, Richard Harrow was a disfigured war veteran with a heart of gold that also happened to be really good at killing people for Steve Buscemi’s NuckyThompson. In all seriousness Harrow, played to perfection by Jack Huston, was such an emotional center piece for this show, and his death in season 4 was some of the hardest feelings I’ve ever felt in the history of feelings. If it can’t be me, then I hope somebody honors this character by finding a place for his false face somewhere on a wall in their house. Just know I will probably never visit that person’s house. 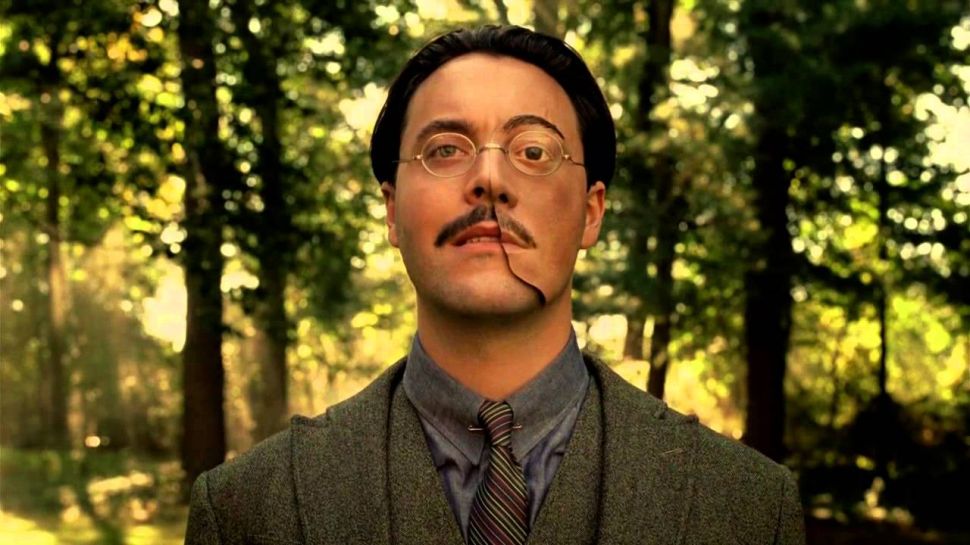