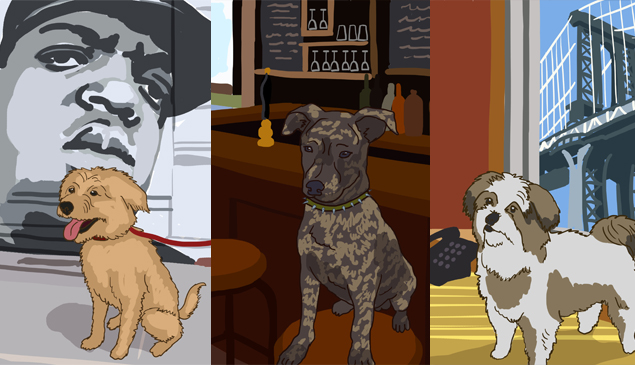 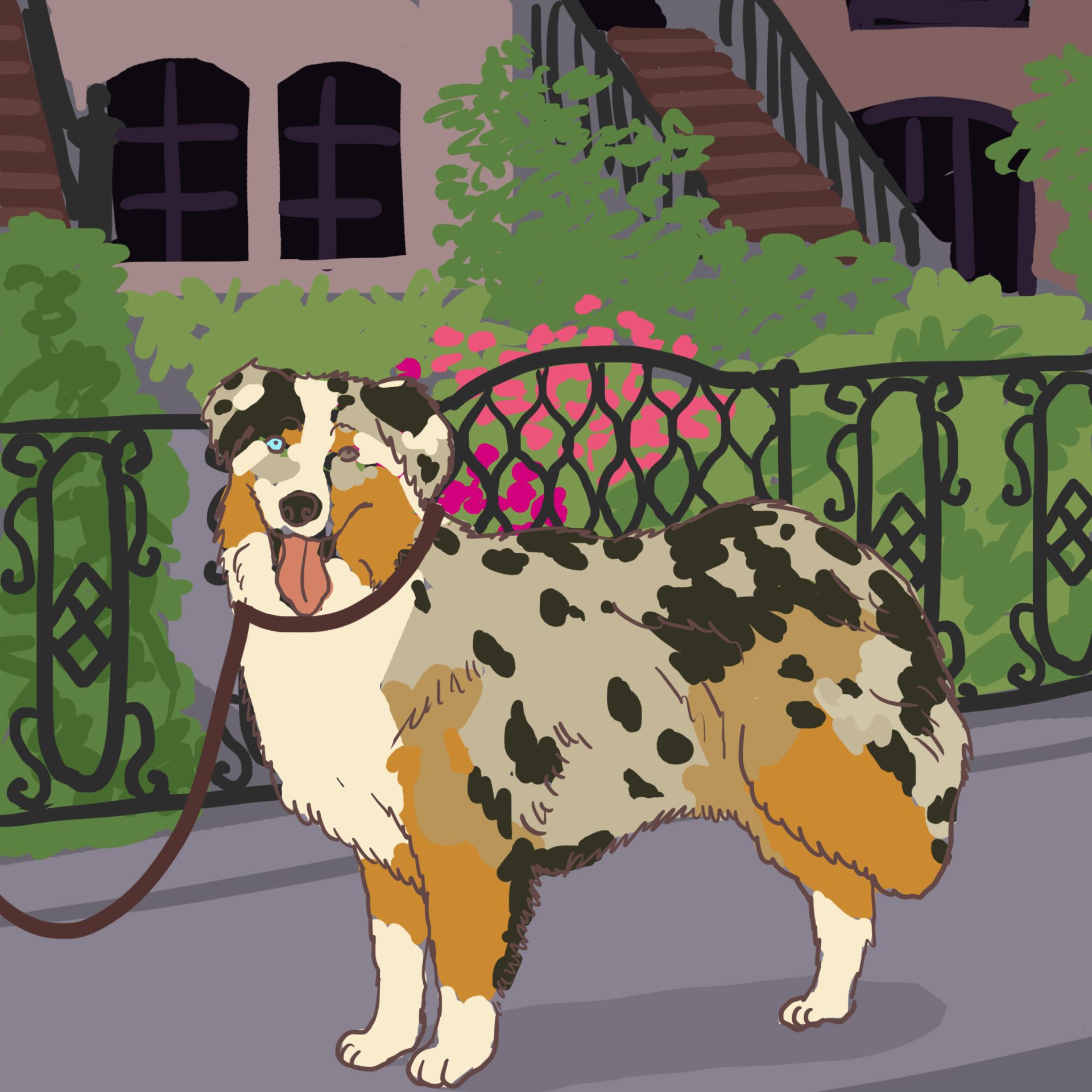 Carroll Gardens: Rescue Tripod
His owners couldn’t just get a rescue like everybody else: They had to outdo themselves by finding the one three-legged dog at the shelter. Act like it was fortuitous, e.g. (“He just hobbled over to us and we knew he was the one!”) but you know they hit up every shelter from Sean Casey to Badass before selecting the perfect disabled mutt. Every time a stranger stops to comment how cute he is, they say how his tripod status “gives him character.” Seen hopping down Clinton Street with pluck, or achieving a circus-grade balancing act tied up outside Smith Canteen for 30 minutes while Mom and Dad wait in line to order cucumber and mint infused whey. Plays with more grit and vigor than any of the four-legged dogs at DiMattina dog run. 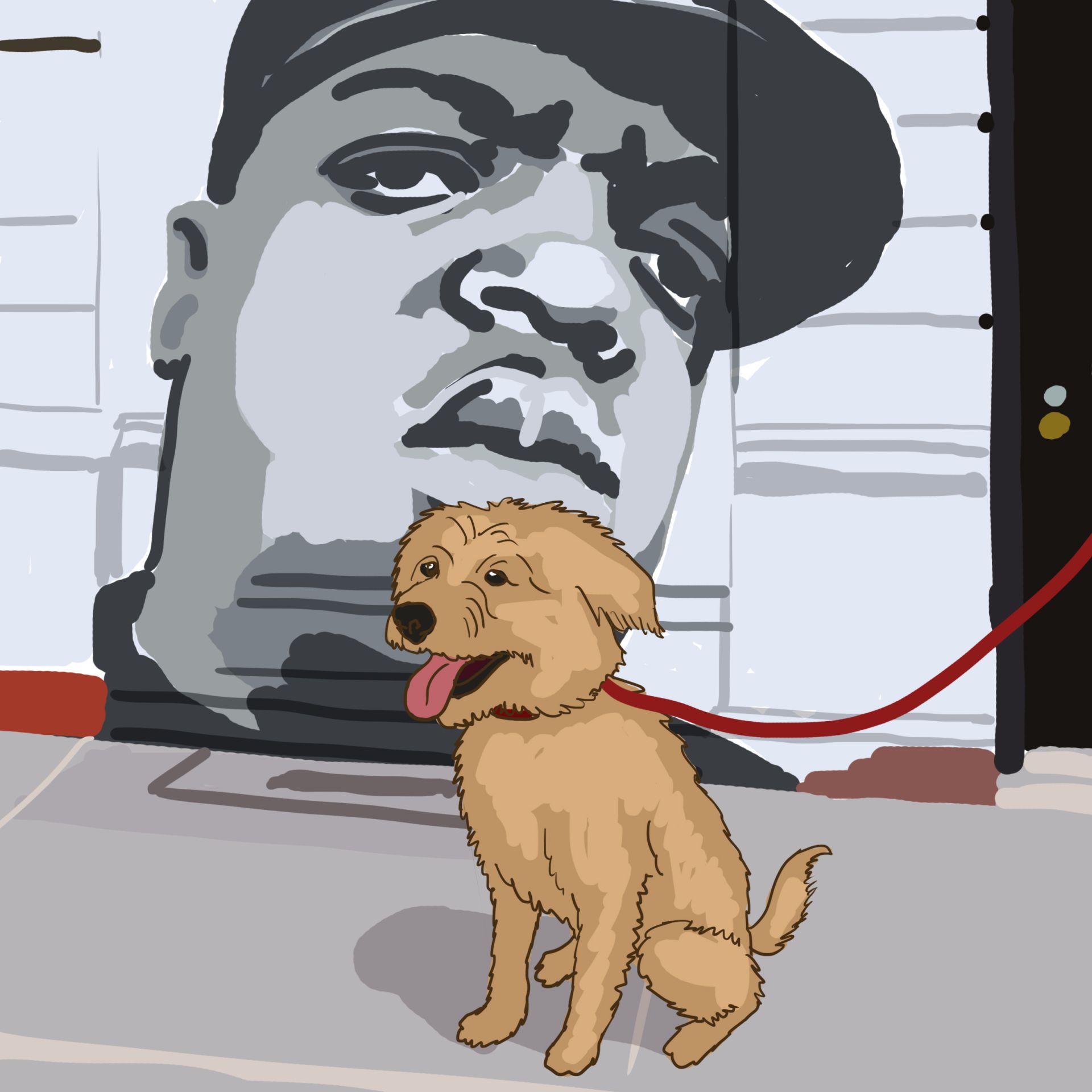 Bed-Stuy: Freelancer's Companion
100% mutt. Spends days on couches cozied up to working-from-home mom and roommates, getting tangled in laptop cords. Total writing wing-dog. Barks at the Seamless guy, best friends with the weed guy (the most consistent visitors). Perks up for outings to Daily Press to get coffee, Herbert Von King Dog Park and occasional long walks to Fort Greene off-leash hours. Snags 9 out of 10 of the chicken bones she lunges for. 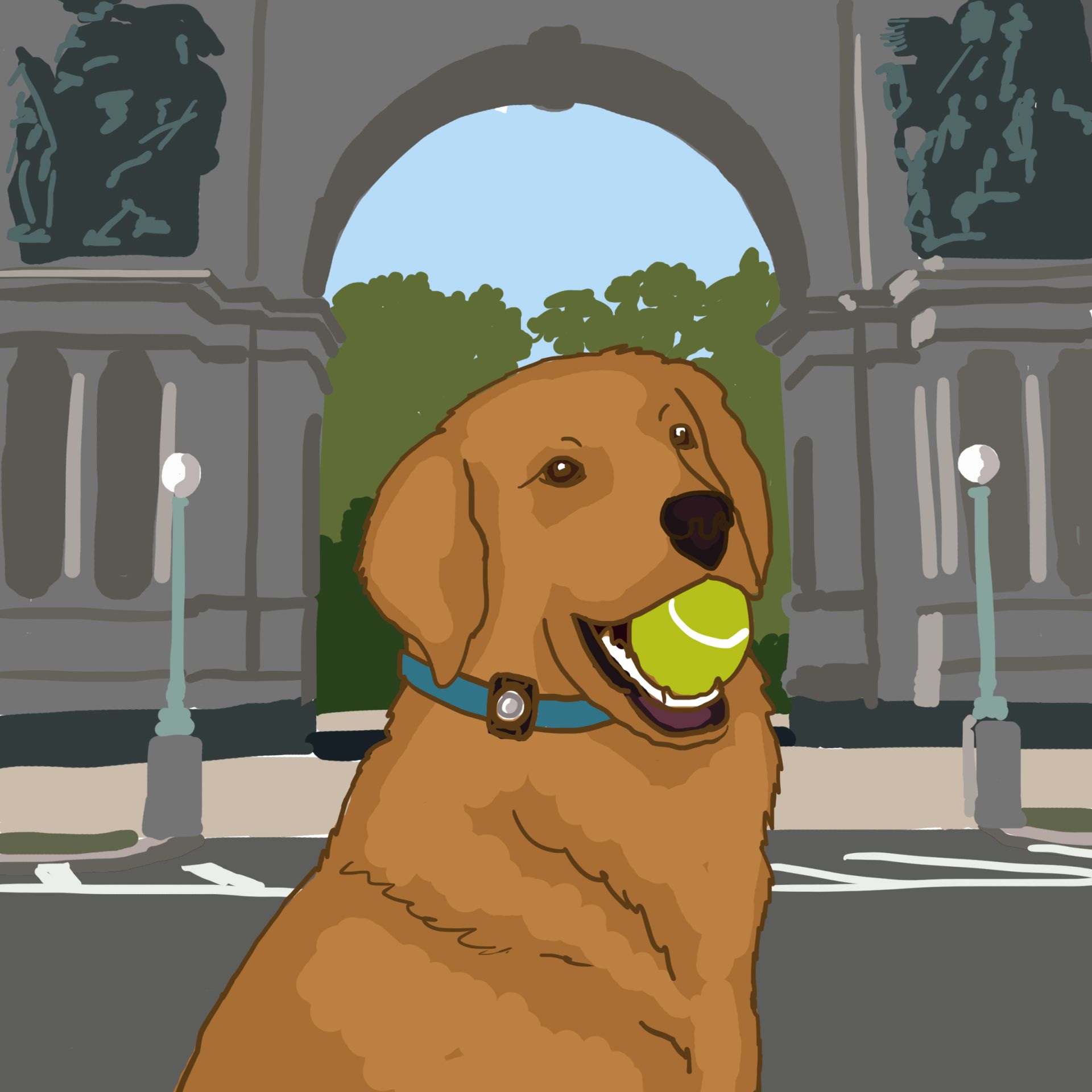 Park Slope: The Family Golden
A big floppy Golden, great with the kids. Docile when Lulu pulls his tail, but goes crazy with the tennis ball per his breed (Dad uses a launcher to optimize distance) all across the Long Meadow. Wears a cool blinky LED light around his collar for post 9 pm off-leash hours like he’s at a dog rave. Used to lap up shot-glass-sized servings of Guinness at The Gate before they banned canines, but truthfully, it’s been at least four years—since before Wilder was born. Constant cries of “Leave it!” echo across Prospect Park; he has never once “left it.”
Advertisement 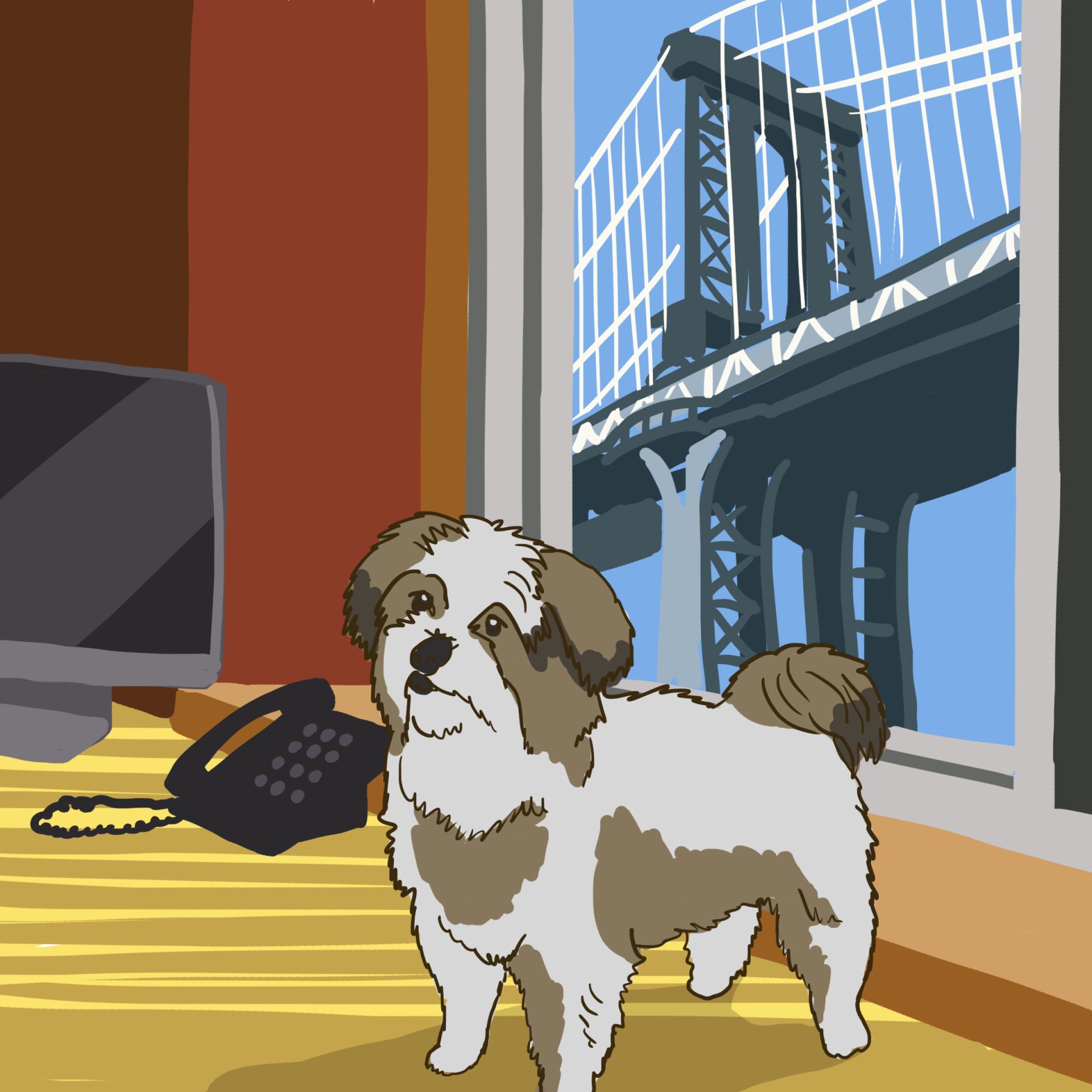 Dumbo: Start-Up Shih-tzu
At this point posing for pictures is second nature to her, populating the Instagram feeds of every restless employee with captions like “Hanging with this cutie is the only way to alleviate a case of the Mondays #officedog #workbitch #dogboss.” A picture of her planted at the computer, wearing glasses crooked, is posted under “Perks” in the latest job listing: “Hang out with our Paw-fice manager all day!” Has no fewer than three beds and a designated play zone littered with this month’s BarkBox toy bounty. Seen scooting her butt daily from social to programming; gets her anal glands expressed bimonthly over at Wag Club. Every time the CEO scoops her up and shuts her office door, morale flatlines. 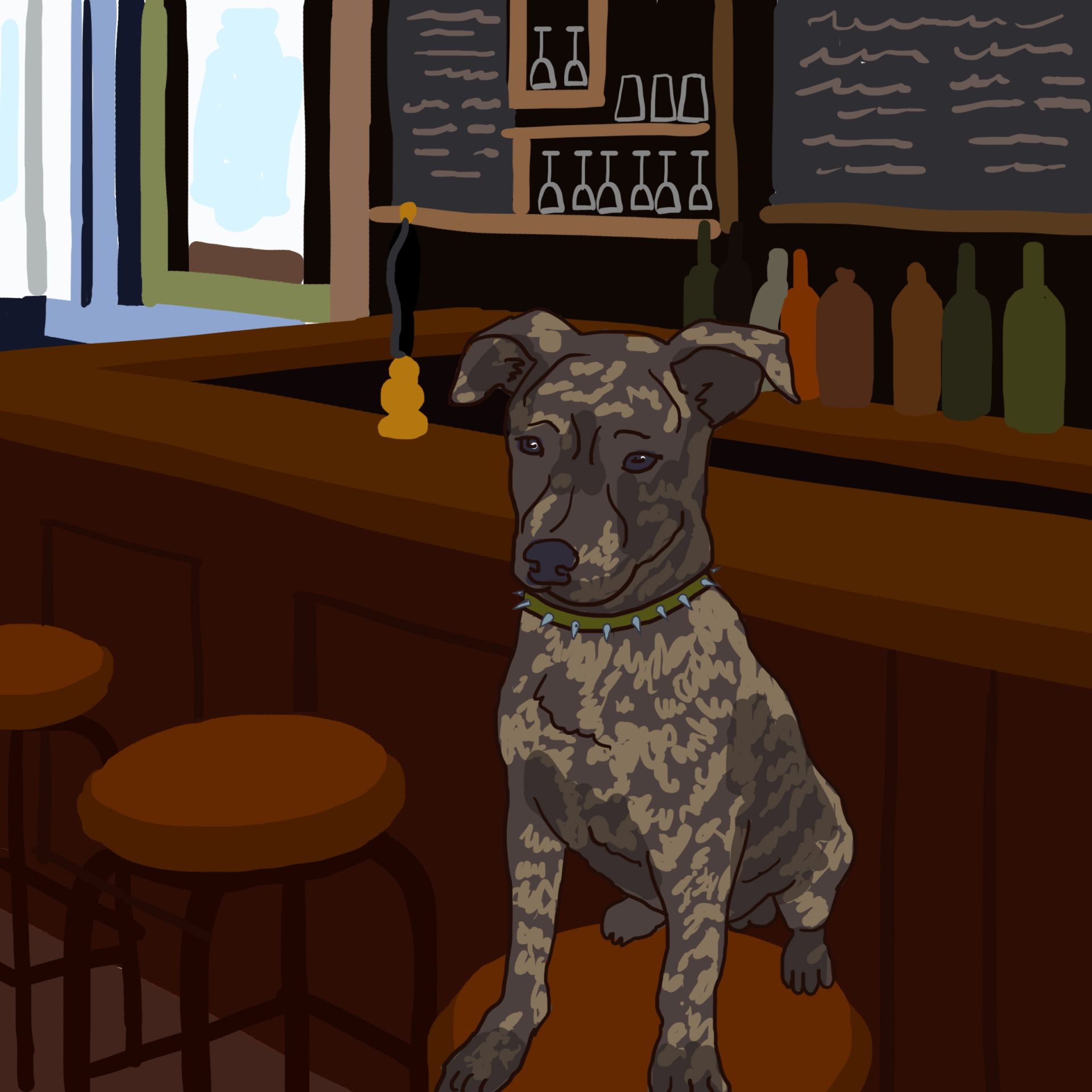 Williamsburg: Bro's Brindle
His owner is a pit bull bleeding heart who also loves the image of strutting up to the McCarren dog run with a tough lookin’ mutt in a spike collar. Shows him off like a new tattoo; has a tattoo of him on his left shoulder. Regulars at Lucky Dog, where Dad uses him to try to pick up girls—“Have you met my best friend?” while he sniffs around for spilled Miller High Life and fallen Zapp’s potato chips. Still has his balls. 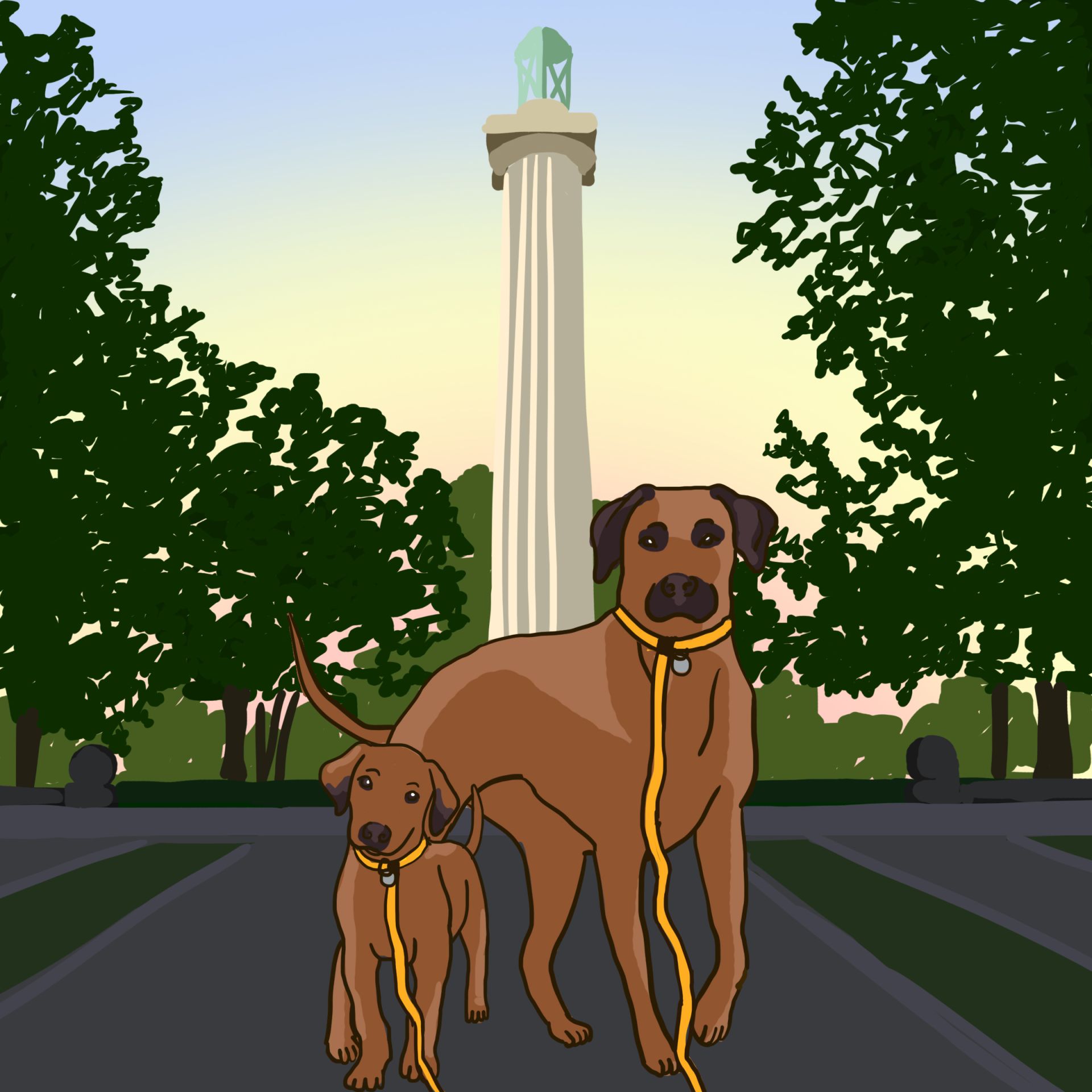 Fort Greene: Rhodesian Ridgebacks
Dad’s dream dog since he was a kid and the next-door neighbors had one, the Rhodesian Ridgeback is a canine fierce in beauty and strength, literally bred to hunt lions in South Africa. Oh and also to be family protectors! (Which is what he told Mom to convince her.) Got the first hound from a breeder in PA, but then picked up his companion from a rescue, because all their friends were getting shelter dogs and they felt guilty. Dressed them up as, er, lion hunters for this year’s annual Fort Greene Great Pumpkin Dog Costume Contest, and while they didn’t win, what a sight they were! Have a bounty of exotic chews from Who’s Your Doggy—bison bull horns, elk antlers, cod skins—and eat the grain-free Taste of the Wild High Prairie Canine Formula (very aspirational graphic on the bag of wolves baring their teeth at idle bison). Look stunning at twilight at the base of the Prison Ship Martyrs Monument, the skyline in the distance.
Advertisement 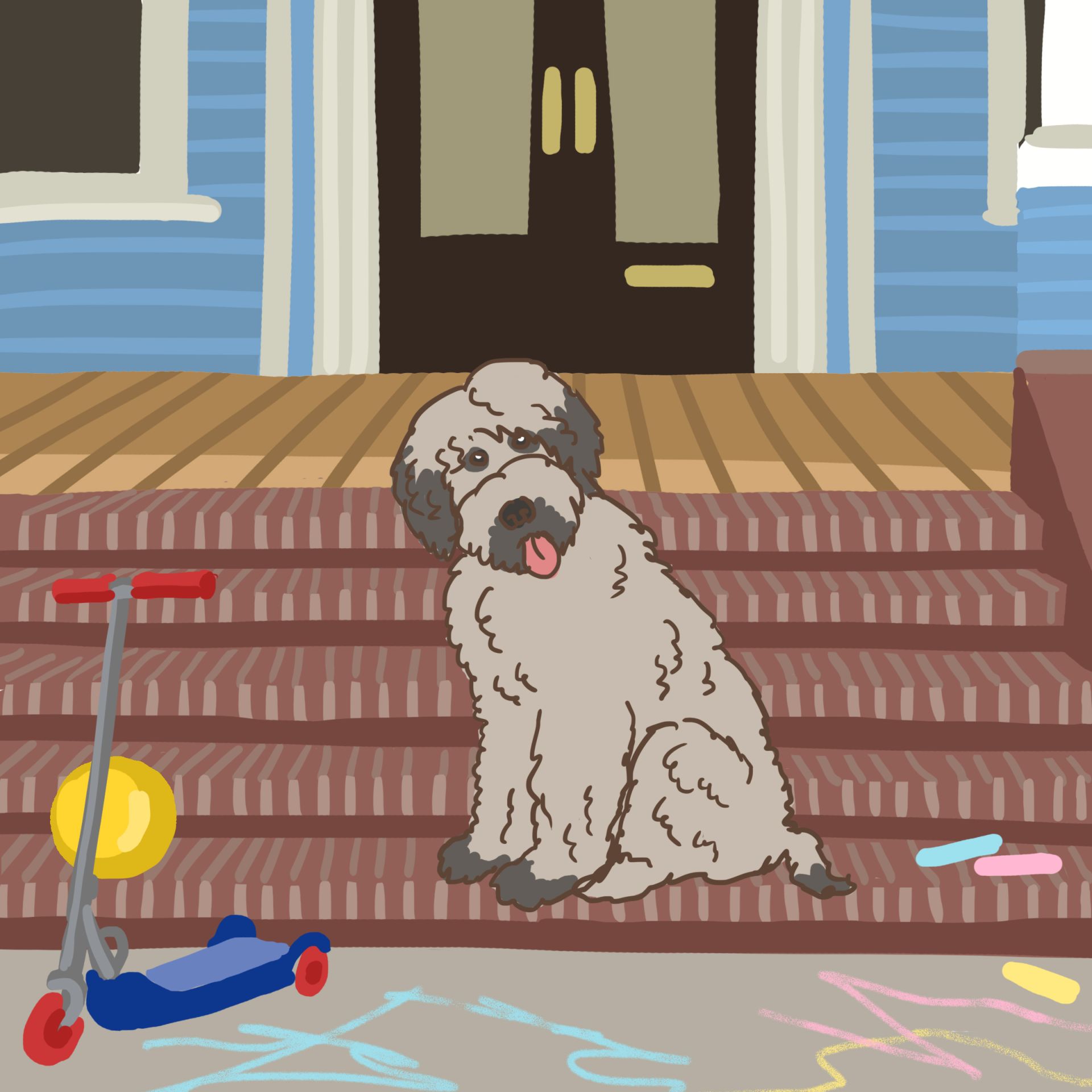 Ditmas Park: Whoodle
Mix a poodle with any other breed and it’s like an instant new dog name generator. This one’s half-Wheaten, so, voila, Whoodle! She’s a sweet-as-can-be woofer with her own unique look; everybody is always asking, “What kind of dog is that?” and Dad makes jokes like "She's a craboodle." Oh, and hypoallergenic, which means no shedding in the house. Seen tied up outside the Flatbush Co-op, on the bench outside Lark with Mom and the kids, or just lounging on the front porch, because, yeah, not sure if you heard, they've got front porches in Ditmas. And backyards. The Nethermead, not the Long Meadow, is her jam. 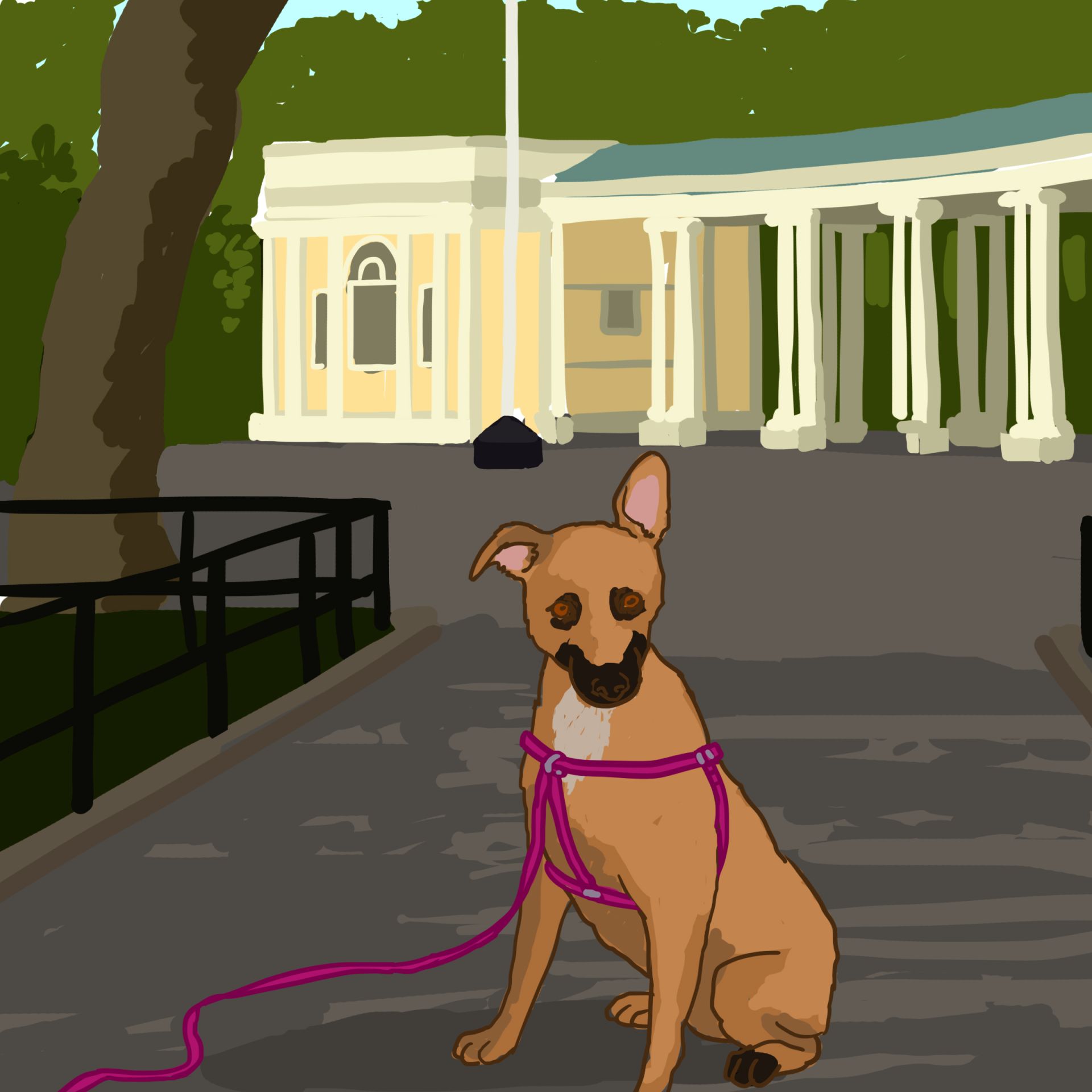 Greenpoint: Mystery Mutt
Dingo-lookin’ rescue mutt with a feral streak. Used to go to a handful of dog-friendly bars in the nabe that are now majorly on the DL since journalists outed them, and they better not dare name any names or resident dog owners could ruin their careers. A dog owner in Greenpoint is not just any generic poop scooper, they are probably majorly connected in the art world or something, so remember that next time you chat one up at McGolrick Park. Brooklyn Waggers is the neighborhood staple for specialty diet items, like the Paleo-for-dogs Primal Pet Foods (he likes the raw rabbit formula). Won’t set foot inside the McCarren dog run. 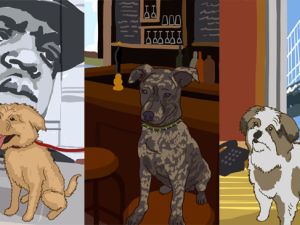 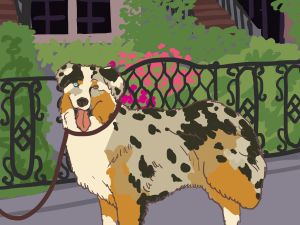 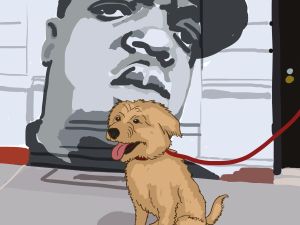 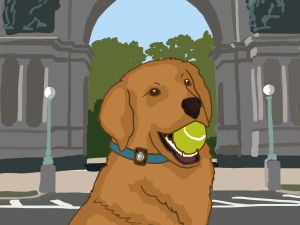 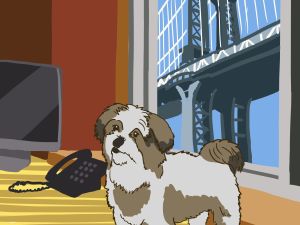 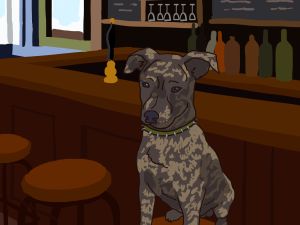 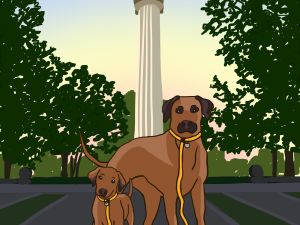 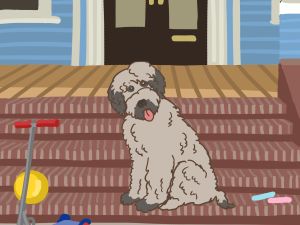 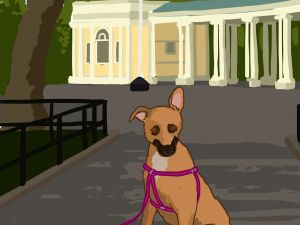