It’s Day 2 of Gov. Chris Christie’s trip to England, hatched as a foreign policy attention-getter and (now) perceived as an argument that Christie can maintain his poise in the vicinity of a sporting event as he paws determinedly at the runway of a 2016 presidential bid.

Christie attended a football game yesterday amid shrugs from rabid English fans, but however uncelebrated or unheralded his appearance, surely the governor at least possesses a round trip ticket, unlike his much troubled predecessor.

For New Jersey politics history devotees, the England trip inevitably welcomes comparison to that other English jaunt undertaken by a New Jersey Governor, conceived in different circumstances than this journey dreamed up by the upwardly mobile Christie.

In both cases, England provided New Jersey’s executive with a chance to change the game.

Turned out of office at the start of the American Revolution, William Franklin, the son of Ben Franklin and a steadfast loyalist to the English Crown, actually escaped America for the perpetual consolation of mother England.

Granted, at the time he was already firmly an ex-governor.

Clinging to office amid scandal and beset by dismal poll numbers, the infamously romping Christie escaped the aftermath of the Jerry Jones/Dallas Cowboys fiasco by projecting (apparently) a sedate bearing among the world’s notoriously most excitable fans.

For those keeping track, the timeline looks like this… 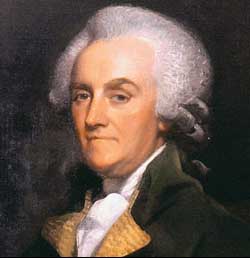