Many art fairs are alike, but New York’s huge Armory Show, open March 5-8, has a key and popular distinction: an annual focus on, and exhibition of, the art of one particular region of the world. This year, the huge highlighted region is MENAM—an acronym that stands for the Middle East, North Africa, and the Mediterranean. In a break with the past—and a break with the art world’s famous snobby insularity—the Show is partnering with cultural groups from within region on original programming that will involve both viewers overseas and members of the MENAM communities in New York.

Case in point, the fair’s education and cultural partners Edge of Arabia and Art Jameel will present Culturunners, a mobile artist studio housed inside a retrofitted RV that will use art and technology to track, archive, and share the narratives of artists at the Armory. Co-authored by MIT assistant professor Azra Aksamija and Edge of Arabia director Stephen Stapleton, the project features a mobile pop-up unit, on-site installations at the Armory Show, and a virtual broadcast channel on the EOA website and YouTube that can be accessed anywhere in the world—by anyone.

The RV is currently part of a nationwide tour. It launched in September 2014 at the Rothko Chapel in Houston, went on to travel through Boston and stopped at MIT to host a week of workshops and a symposium, and now the Armory Show is its next stop. While in town, the RV will set up shop at two specific Manhattan locations with community ties to the MENAM region: one in Harlem at 125th Street, and the other in Little Syria, a historic neighborhood in Lower Manhattan. (For those wondering about Little Syria, it once thrived in the area between Battery Park and Rector Street between the 1880s and 1940s, and Arab-American activists fight to landmark former portions of it today.)

A few projects that visitors will encounter inside the RV—and outside, weather permitting—include Yarn-Dez-Vous, a quilt made of American and Middle Eastern textiles that also double as letterman jackets, created by Ms. Aksamija, Andrea Boit, Lillian Harden, Karina Silvester; The Flying Carpet, a series of performances by Darvish Fakhr who will use a motorized longboard/Persian Carpet to navigate the MENAM neighborhoods of New York; and an analysis of MENAM’s contemporary art scene.

“Some of these projects, such as the MENAM Art Map, and Yarn-dez-vous were conceived as works in progress—they are meant to travel with the RV and transform in time by accumulating data, images and different cultural ‘samples,’ such as textiles, from places where RV will be traveling,” Ms. Aksamija told us. “Other projects, such as The Flying Carpet, are performances created specifically for our expedition route through New York during the Armory.”

Art Jameel has also just launched its inaugural residency program in partnership with the Elizabeth Foundation for the Arts with artists Husam Al-Sayed, a Palestinian filmmaker and a founding member of the popular Saudi-based Internet TV network Telfaz11 (which boasts 7 million subscribers and 10 YouTube shows), and SALAR, a Dubai-based, Iranian performance artist, composer and founding member of DJ and music platform and residency program Analog Room. The pair will be collaborating on two film projects for the Culturunners online broadcast channel Freeway at the Armory, presenting the stories of contemporary artists who are currently incorporating the histories of Harlem and Little Syria in their work.

Like the other RV projects, the films are still in the works, and will be completed over the course of Armory Week. In the meantime the artist was able to say the following about his inspiration for the musical scoring: “For the Little Syria score, my major inspirations included moments from the Book of Khalid written by Ameen Rahani, when the protagonists see New York in the horizon for the first time; objects, old vinyls and ephemera I had access to though Brian Zeeger, the artist that we work with for making this video.”

The films will eventually be viewable to those overseas, many of whom use the Internet as a main vehicle for artistic creation and communication. “As one young Saudi artist told me ‘the internet is our oxygen’,” said Edge of Arabia director Stephen Stapleton.

“The major concept for the Freeway at the Armory program is to expand the Focus Section Middle East, North Africa and Mediterranean (MENAM) to the actual MENAM communities in New York,” Freeway curator Ava Ansari told the Observer.

But not all of this action is happening off-site. At the Armory Show at Piers 92 and 94, there’s a Focus: MENAM Symposium, March 7 though 8. Saudi Arabia’s Athr Gallery will present Ahmed Mater’s Cowboy Code (Hadith), a large-scale installation that juxtaposes the famous Cowboy Code of Ethics with the Hadith, teachings of the prophet Muhammad. And artist Oraib Toukan’s The New(er) Middle East, a wall-size interactive puzzle will allows fairgoers to rearrange a fictional map of the Middle East. 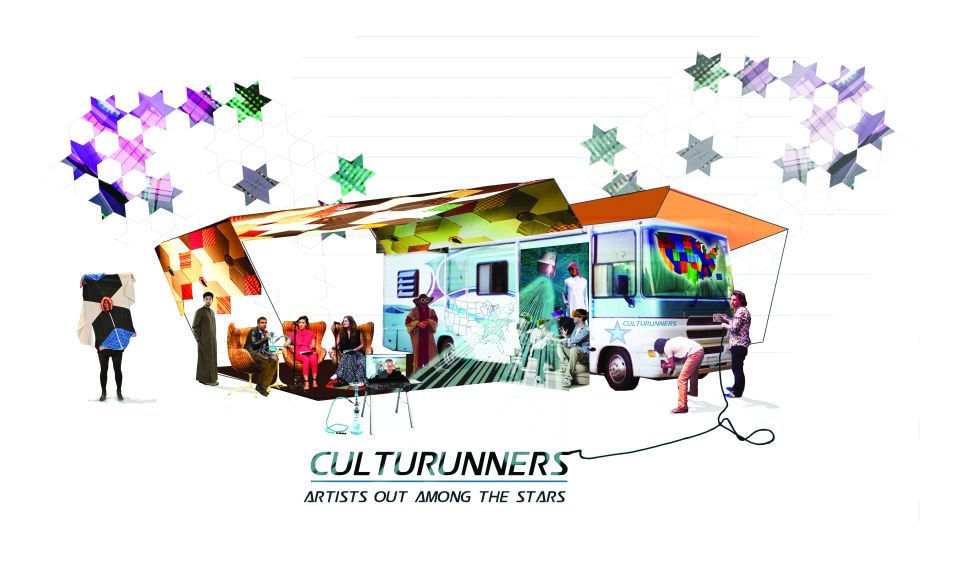