Thirty-two Grove Street is a townhouse with which one feels an instant rapport—the kind of place whose glowing windows provoke sharp twinges of longing on blustery winter nights and dreamy musings on soft summer ones. The four-story structure, which was built in 1854, calls forth fantasies of not only a more gracious era, but also a more gracious existence in this current one.

Clad in friendly red brick, the 21-foot-wide house is slightly larger than its 20-foot neighbors on the quiet low-rise block, a place of squat shadows protected from the gloom of gleaming luxury towers by the Greenwich Village Historic District.

“Production companies call all the time,” said Jeremy Stein, the Sotheby’s International Realty broker who shares the $11.75 million listing for the house with Robin Stein. “This is one of the few houses I’ve seen or sold that has not been messed up by someone. They put iPads in the walls, or make the whole back glass, which is fine, but once you’ve done that you can’t go back.”

Inside, a triple parlor, connected by glass pocket doors, contained, in addition to a selection of lived-in antiques: Bookshelves weighed down by well-thumbed tomes; a gleaming black piano with sheet music at the ready; oil paintings lit properly with picture lamps; lace curtains; red velvet drapes; and copious quantities of chintz. Botanical themes prevailed throughout, an effect that could be stuffy were the place not utterly suffused with sunlight from the south-facing garden, unshaded on a mid-winter afternoon by the bare branches of a large magnolia tree.

Walking downstairs to the garden level, we dodged the advances of an enthusiastic yellow Lab, before entering the kitchen, a pretty affair of wide plank floors with an original brick hearth and unpretentious appliances that the next owner will likely rip out in favor of stainless steel behemoths. Beyond, a bright breakfast room opened out onto the garden via French doors. Or rather, could open, if the floral iron work—a relic of a rougher time in Village history—were removed.

Upstairs, where the home’s four bedrooms are located, was similarly old-fashioned: Large, high-ceilinged and uncluttered by his-and-hers dressing rooms, state-of-the-art showers, soaking tubs or any of the other grooming chambers and apparatuses standard in modern luxury construction. And though not one of the four-and-a-half baths boasted heated towel bars or radiant marble floors, none were very far from a wood-burning fireplace (the house has nine). The master suite, which took up the entire the second floor, could surely be made to accommodate such comforts, though it would be a shame to lose the loveliness of an attached sitting room.

“The original detail has been lovingly and wonderfully preserved. It’s been in the same family for 30 years,” Mr. Stein said. “So many developers re-do houses and they have no heart, no soul. For a developer, a house like this might be daunting, but for an end-user, you want something that feels like a real house.” 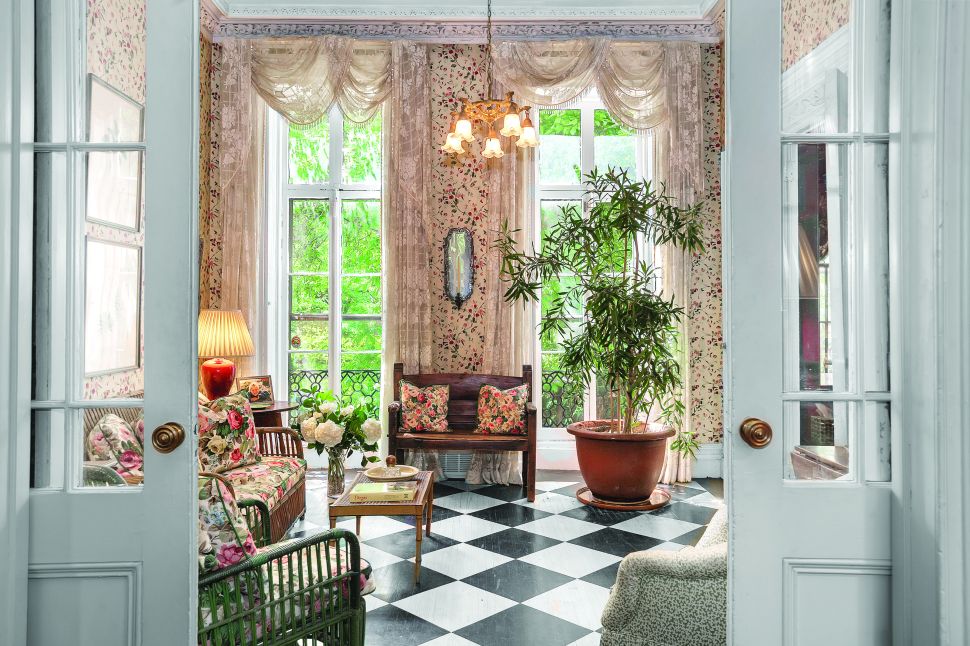