The NYPD is testing out Smart Cars to replace its three-wheeled scooters. The Smart Cars have several advantages over scooters: they have air conditioning, air bags and good crash test safety ratings (scooters do not undergo crash tests). There are three vehicles being used in the pilot program: one in Central Park, one in the parking enforcement division and one in the school safety division. More cars will be distributed throughout the five boroughs. The one-person Mercedes-Benz vehicles will be painted to resemble existing cruisers.  (Daily News)

In more unpleasant NYPD news, the number of chokeholds by police increased dramatically in the past year. While there were only nine chokehold incidents in the city between 2009 and 2013, there were seven between January 2014 and last month. Some cops want to respond by reinforcing the department’s chokehold ban, while others think officers should be trained in the use of chokeholds the same way they are in the use of firearms. This is of increased importance because the department is under fire for not prosecuting officers who use chokeholds. The most well known example of this is Officer Daniel Pantaleo, who was not indicted after he put Eric Garner in a fatal chokehold. (Gothamist)

Michaela Kennedy Cuomo, the 17-year-old daughter of Governor Andrew Cuomo, is taking a strong stand against sexual assault. Through crowdfunding website Booster, Ms. Cuomo is selling shirts that read, “My Having A Good Ass Does Not Give You The Right To Be One,” along with the hashtag #stopsexualASSault. The shirts aim to raise awareness of the fact that someone is sexually assaulted every 107 seconds, which translates into 293,000 people each year. Proceeds go to the Robert F. Kennedy Center for Justice and Human Rights. (Daily News)

A man robbing a cellphone store in Jamaica, Queens tried to get more money from the clerk by exploiting their common Muslim background. The thief lifted his shirt to show he had “Islam” tattooed on his chest and then told the worker, “We’re supposed to support each other.” The employee refused to give him more money or phones, however, so the suspect shook hands with the clerk, asked if he could come back again and then ran away. (New York Post)

A midtown Italian restaurant is on the hook–and the witness stand. Aliona Russo is suing Villagio on the Park, a restaurant on Central Park South after finding a metal fish hook inside her branzino dinner. She cut her mouth and tongue on the hardware, which still had a piece of fishing line attached to it. The lawsuit is asking unspecified damages for injuries and psychological trauma. (DNAinfo) 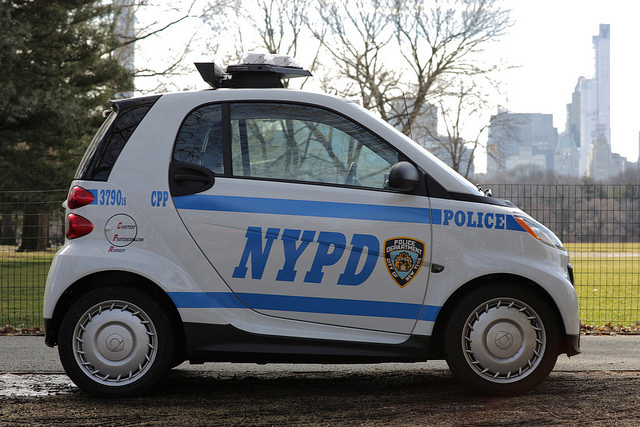