Knicks owner James Dolan was less than pleased last month upon receiving an email from a passionate fan urging Mr. Dolan to sell the team, “so their fans can at least look forward to growing them in a positive direction.” Mr. Dolan, CEO of Cablevision and Executive Chairman of Madison Square Garden among other titles, responded less than an hour later, in a typo-riddled rage. Along with calling long-time fan and Brooklyn native Irving Bierman an “alcoholic” and telling him he has done nothing with his life, Mr. Dolan said, “start rooting.for the Nets because the Knicks dont want you.” (Deadspin)

Nearly one-third of guards at New York’s Rikers Island skipped work for the snow day that wasn’t on January 27th. Of the 1,000 missing, more than 800 guards called in sick and at least 200 were AWOL. Those who actually showed were forced to run double-shifts to cover for their missing counterparts. This is not atypical for Rikers guards; nearly 25% were AWOL during Hurricane Sandy back in 2012. (NY Daily News)

Founder of New York’s “Greatest Candy Store,” Economy Candy, passed away Friday at the age of 97. Morris “Moishe” Cohen opened the store nearly 80 years ago during the Great Depression, initially as a shoe and hat repair store called Economy Shoes that sold candy over the counter–at the end of World War II the store was transformed into Economy Candy. Today, the store sells hundreds of types of chocolates, candies, nuts, and dried fruits. Economy Candy told Facebook followers that the store would be closed on Sunday, February 8th, in honor of Cohen’s life. (Grubstreet)

While five years passed with no controversy, a small East Village boutique that sells edible deities has caused an uproar in the Hindu community after selling a Lord Ganesh-shaped chocolate. Bond Street Chocolate is known for its Divine Collection, “24-Carat-gold dusted, dark chocolate edible deities,” including Buddha, Jesus, Virgin of Guadalupe, Moses and Lord Ganesh. While owner Lynda Stern has been selling the chocolates for nearly five years with no conflict, last week the Universal Society of Hinduism issued a demand on behalf of “Upset Hindus” that Ms. Stern withdraw the Lord Ganesh edibles, as the deity “was meant to be worshiped in temples or home shrines and not to be eaten casually.”  However, Ms. Stern has no intention of discontinuing the edible line, telling the Times, “all spiritual icons are treated equally in my shop, with honor and respect to the religion.” (New York Times)

According to the mayor’s office, truck collisions account for nearly 12.3% of pedestrian fatalities and 32% of cyclist fatalities. However, thanks to the introduction of new side guards, which will “span the side of the truck from the front to rear wheel,” the risk of a person becoming trapped underneath a truck in the event of a collision will now be significantly lower. While only 240 of 4,734 trucks will receive guards in the initial pilot, if all goes well, all trucks in the city will soon be fitted. (Gothamist) 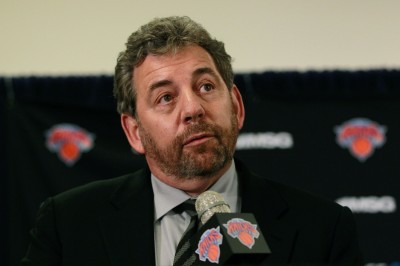