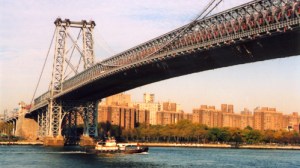 The Brooklyn Bridge is one of four bridges that would require a toll according to a proposed plan (Photo via NYC.gov).

Mother nature induced another casualty when a Manhattan resident died over the weekend while hiking in the New Hampshire Mountains. Kate Matrosova, 32, was founded dead on Monday, a day after she went missing in a series of summits called the Presidential Range. Ms. Matrosova was an experienced hiker and adventure seeker according to photos from social media, which included one picture showing her at the peak of Mount Kilimanjaro. By Sunday afternoon, Ms. Matrosova activated an emergency beacon that sent her coordinates to potential rescuers, but before she was found the following day, the Siberian native succumbed to subzero temperatures and 100-mph winds. (New York Post)

The cold continues to wreak havoc on New York City, as the audience of 50 Shades of Grey and other flicks got soaked Monday evening after a pipe burst. Moviegoers at the renovated 84th street AMC Theater on Broadway and West 84th, were forced to evacuate the theater after an overhead sprinkler pipe bursted, unleashing cold water. Not only did the theater take on water damage, but the frozen pipe cracking ultimately caused a lighting fixture to fall from the ceiling of the theater’s concessions area. (Gothamist)

Advocates for “Move NY” will launch a public relations push Tuesday for a plan to enact tolls on the four East River Bridges, and for crossing 60th St. in Manhattan. The plan would require $8 tolls, or $5.54 with E-ZPass in an effort to reduce congestion and raise cash for mass transit, which is currently $34.1 billion in debt. The suggested arrangement will provide some commuters relief–toll prices would fall for drivers using other popular bridges such as the Verrazano, Whitestone and Throgs Neck. Supporters argue the plan will generate $1.5 billion a year in new cash. (Daily News)

There will never be a dull moment in New York Sports as long as Alex Rodriguez is wearing pinstripes. The veteran slugger issued a hand written apology letter Tuesday afternoon addressed to the fans, and the entire Yankees organization, including the players and the Steinbrenner family. A-Rod did not get into the exact details of his history with performance enhancing drugs, but did take accountability for his previous actions. The now designated hitter for the Bombers is excited to put the past behind him and simply play baseball. With karma appearing to be back on A-rod’s side, we’ll see if the 39-year-old, who missed the entire 2014 season, can still hit a curveball. (CBSNY)

Move over Henrik, there’s a new king in town. The first baby king penguin ever to hatch in New York City is now on display at the Central Park Zoo. The baby penguin hatched in August, but was sequestered by park staff with its parents for the past six months in order to monitor the infants growth. The king penguin’s sex has not yet been determined, and it currently dons fluffy brown feathers before it matures into the more traditional black, white and orange feathers that adult king penguins typically exhibit. (DNAinfo) 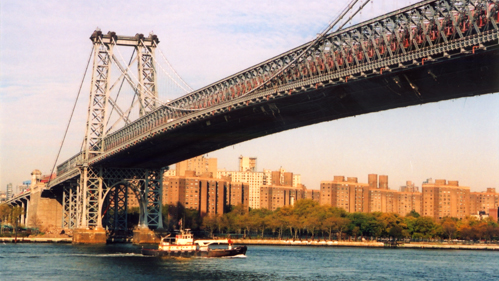