A chilling new global warming report from the city’s Panel on Climate Change shows that temperatures and sea levels are rapidly rising. Mean annual temperature increased 3.4 degrees Fahrenheit between 1900 and 2013, and will increase between five and eight more degrees by 2080; by that time there will also be six heat waves per year and three to five days annually where the temperature will rise over 100 degrees. The sea level has also increased by a foot in the last century, and will go up three more feet by 2080, enough to flood Queens every day and put 99 miles of the city at risk of being underwater. Basically, we’re all doomed. (Daily Intelligencer)

A woman on a flight from Amsterdam tried to smuggle heroin inside dried fish just for the halibut, but was caught by customs officers. Rose Amanor, 63, arrived in Kennedy Airport over the weekend, where an inspector found several packs of dried fish in a plastic bag. The fish was covered in brown powder which tested positive for heroin. A total of three kilos of the drug was found on the flaccid flounders. Ms. Amanor was charged with drug smuggling and is being held without bail. (Daily News)

More New York City public school children are receiving occupational therapy than ever before. Almost 42,000 students use therapy services, a 30 percent increase over the last five years. This uptick is due to a number of factors, including increased autism diagnoses and greater academic demands on children. The city foots the bill for these treatments at a cost of $58 million a year, that’s an increase of $20 million since 2010. Occupational therapy helps students with everyday tasks, including managing sensitivities to noise or touch and sharpening fine motor skills. (New York Times)

A former employee of Breitling USA, a high-end watchmaker, claims his boss fired him because he was gay and not a “man’s man.” Frederick Cargian is suing Breitling for discrimination, alleging that he and the female employees were treated as second-class citizens by company president Thierry Prissert because they were not “macho” like company brand ambassador David Beckham. Mr. Cargian was let go in late 2013 and replaced by Isaac Schrafrath, who had no sales experience but was a star college lacrosse player whose father played for the Cleveland Browns. (New York Post)

An NYPD officer unleashed his inner Plaxico Burress when he accidentally shot his sergeant in the foot. The unidentified cop was aiming his gun at a charging pit bull, but the bullet ricocheted off a wall and hit the superior officer. The dog was grazed but unharmed and placed in the custody of city Animal Control. The injured officer is in stable condition at Kings County Hospital. (Gothamist) 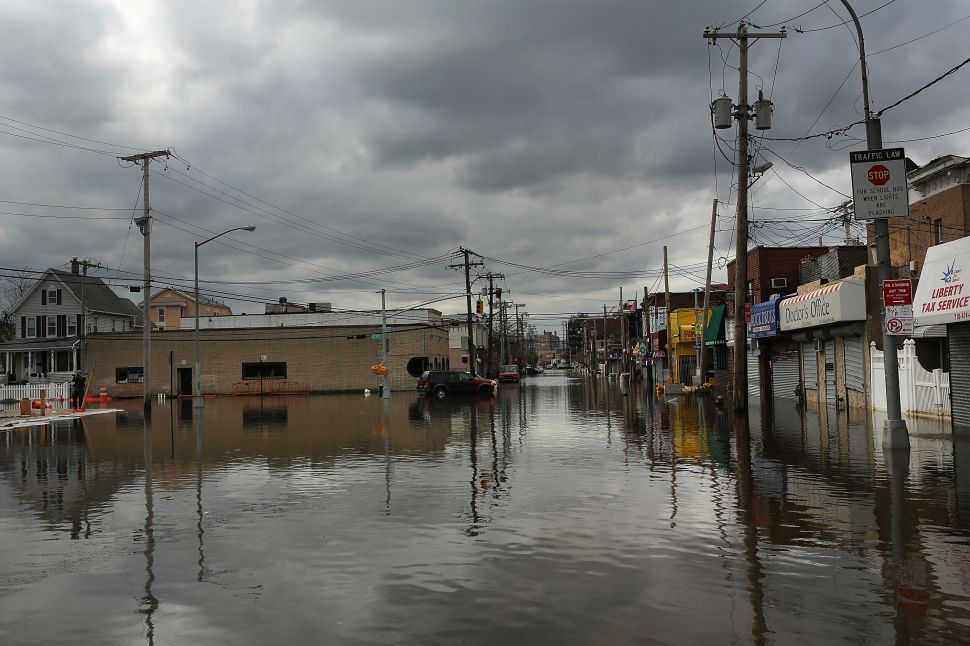