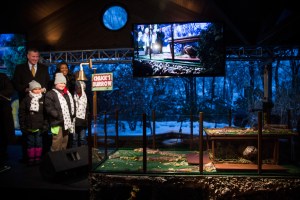 Staten Island Chuck, formally known as Charles G. Hogg VII, faced off with formidable rival Mayor Bill de Blasio on Monday, predicting an early spring for the city. Mayor de Blasio attended the annual Groundhog Day event at the Staten Island Zoo despite rumors he might forego the visit after he dropped Chuck’s predecessor, a female groundhog stand-in named Charlotte, last year. Ensuring the Mayor made sure to keep his hands off of the weather-predicting marmot, Chuck was lifted up from his burrow by a “Chuck-evator,” a protective plexiglass enclosure designed to prevent future marmot mishaps–the first time in the city’s history. Chuck, named by the Weather Channel as the number 2 most accurate groundhog forecaster, safely delivered his 2015 weather prediction. However, reigning marmot prognosticator Punxsutawney Phil from Pennsylvania took issue with Chuck’s forecast, instead predicting another six weeks of winter. (Observer)

Sushi lovers of New York may soon be up in arms. The Department of Health has unveiled a series of new health regulations to the ire of restaurant owners across the city. One of the new health codes would require that restaurants freeze fish that will be served raw, marinated or undercooked in order to eliminate parasites. The New York State Restaurant Association and the New York City Hospitality Alliance object to the DOH’s new rules, arguing that the codes would make it easier for the city to issue more fines and cause restaurants to incur significant costs for new freezer equipment. (Crain’s)

Tourism hit a record high of 56.4 million visitors in 2014, trumping the 2013 record of 54.3 million visitors, according to city officials. The influx of visitors is good news for New York’s economy, with the city’s tourism promotion agency NYC & Company claiming that tourists spent over $61.3 billion last year alone. This number is still down from the $70 billion goal set by the city for 2015. The city expects to see future changes in the nationality of visitors as foreign currencies begin to respond to the rebounding dollar. Last year, most of the city’s visitors came from Britain, Canada, Brazil, China and France. In the next few years, the city expects to see even more Chinese visitors due to new visa rules, hoping to take advantage of their reputation for higher spending. (New York Times)

A new report by DNAinfo reveals that the city’s green taxis are not serving the five boroughs equally, raising concerns about the Taxi and Limousine Commission’s maiden Boro Taxi Program. Areas such as Red Hook and Jamaica are still badly underserved, according to an initial report by mapmaker Chris Whong, based on data collected from August 2013 to June 2014. The data, obtained by a Freedom of Information Law request, shows that several other areas are also suffering from limited service, including the neighborhoods of Maspeth, Ozone Park, Bay Ridge, and East New York. On June 24, 2014, the most recent date the data covers, around 30 ZIP codes in the city saw only one single green taxi pickup, despite the taxis making nearly 18,000 trips that day. (DNAinfo)

Just when winter couldn’t get more miserable, the New York City condom fiends have struck again, this time on the N train. Last year, Gothamist dutifully reported on horrified subway riders discovering condoms tied to subway poles and scattered across subway floors. By the looks of it, the culprits are back in action, but this time they’re even lazier than ever. Yuck! (Gothamist) 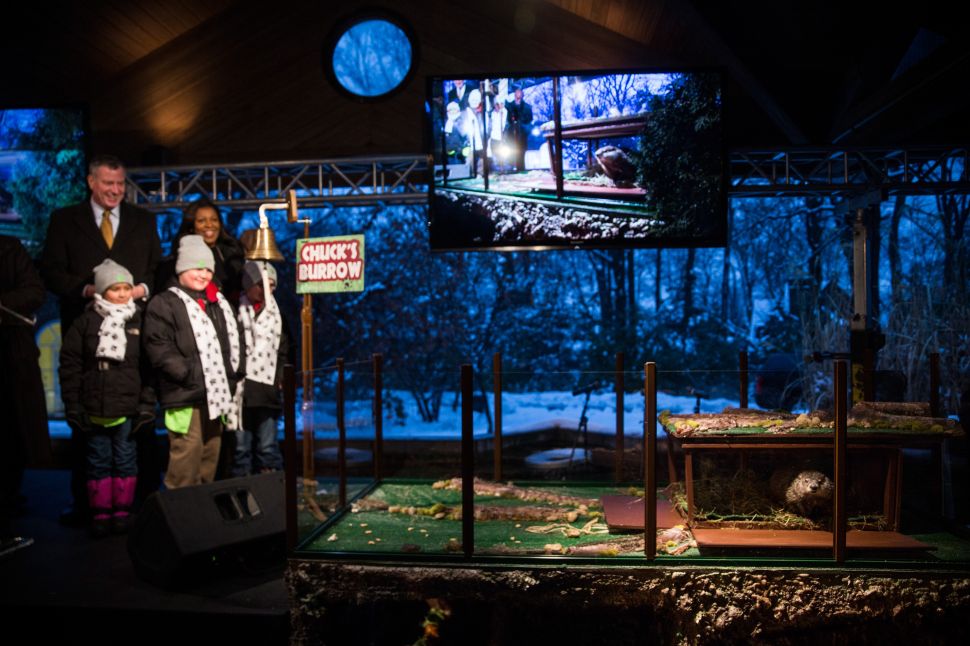