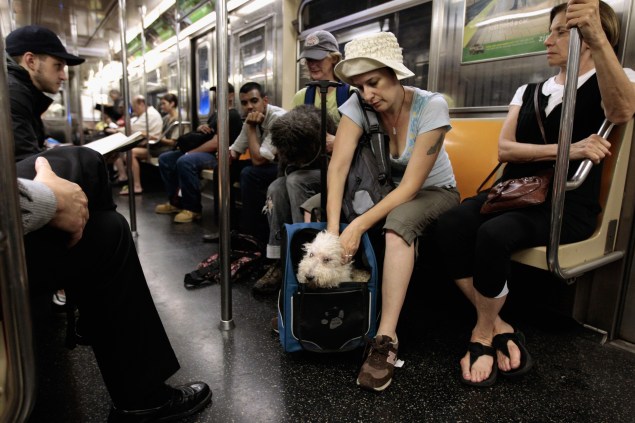 Humans and pets aren’t the only ones along for the ride.
(Photo: Chip Somodevilla/Getty Images)

Avid riders of public transportation know three things to be true: use hand sanitizer, avoid touching one’s eyes and face, and refrain from licking the subway poll. Why? According to a study released on Thursday by researchers at the Weill Cornell Medical College, subway poles, kiosks, turnstiles, benches etc., contain 15,152 types of DNA, over half of which are unidentifiable. The organisms that were identified ranged from E. coli, to Anthrax, even a bacteria associated with the Bubonic Plague. However, fear not, for the human body’s immune system makes the subway “not something to be scared of.” (Gothamist)

A “self-proclaimed prankster” is suing the city after being shoved to the ground by NYPD officers for a harmless prank. Alexandre “Bok” Nzebele posted a video where he is shown dancing behind police officers for Ellen Degeneres’s Dance Dare, an online campaign by Degeneres where people post videos of themselves dancing behind oblivious bystanders. Upon noticing his sweet moves, police officers surrounded Mr. Nzebele, pushing him around and yelling at him before shoving him to the ground. While the video was taken in December when police were on high alert during the height of Eric Garner and Mike Brown protests in New York City, Mr. Nzebele’s lawyer told the New York Post “that does not give them a right to manhandle the public or violate people’s rights.” (New York Post)

New Yorkers are pushing for a new school zoning plan that would send children to schools around the city based on socioeconomic factors. The program, called “controlled choice,” would place children in certain schools dependent on their english language skills, special needs and family’s income, as opposed to the current system dependent upon residence. Those opposed to the program feel more parents would fail at getting their children into a top school, along with longer commutes. (DNAinfo)

High school testing and college admissions are stressful for everyone involved, parents, teachers and students alike. So stressful that one mother made some violent threats in response to some less than appealing test scores earlier in the week. After guidance counselors at Susan Wagner High School called one Staten Island mom to inform her that her daughter had failed a NY State Regents exam on Tuesday, mom Karen Shearon allegedly responded, “I am going to blow up the school,” according to court papers. Ms. Shearon, 48, was arrested Wednesday night. (DNAinfo) 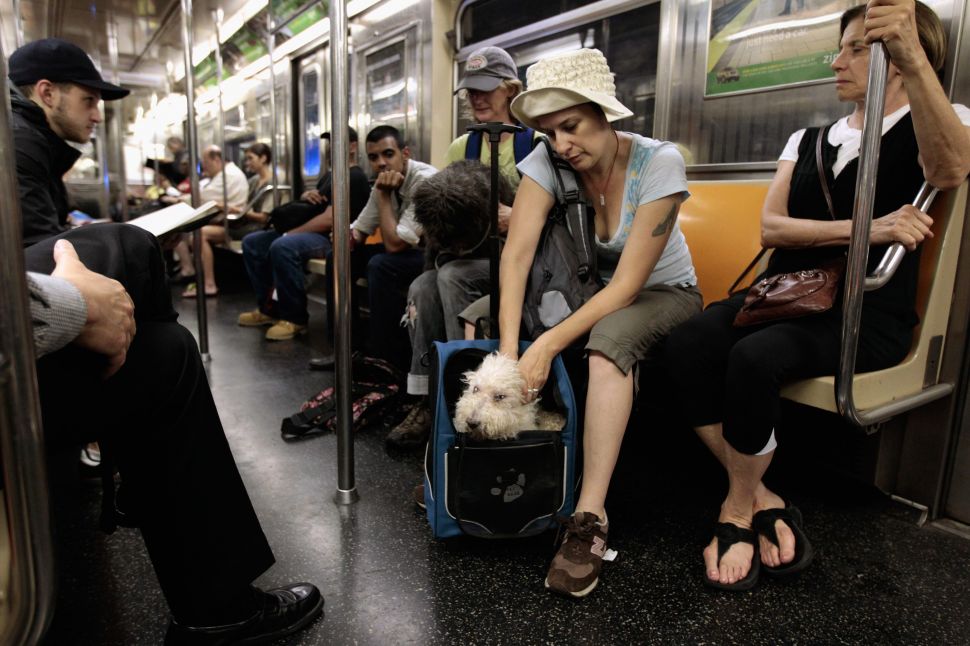