Snuggling up with your loved one this Valentine’s Day doesn’t sound like such a bad idea. Especially if temperatures are expected to reach negative 20 degrees by Sunday. Mayor de Blasio warned residents to stay inside as much as possible as to avoid possible dangerous exposure to the cold. (NY Daily News)

A Bronx man was arrested for allegedly slapping the rear end of a mounted police horse near the Midtown North Precinct. Startled, the horse lurched forward and put the equines police rider and pedestrians in danger. The 32-year-old man is charged with reckless endangerment, disorderly conduct and possession of narcotics. (NBC New York)

The livery cab that was carrying CBS News correspondent Bob Simon was speeding up seconds before crashing into another vehicle and slamming into metal barricades, according to authorities. Investigations are continuing into the actual speed of the livery cab as surrounding traffic began to slow. Mr. Simon, a correspondent for “60 Minutes” was taken Mount Sinai Roosevelt Hospital, where he was pronounced dead. (The New York Times)

An old love triangle has gone very public online. A judge has allowed Katherine Nelson, the ex-mistress of Delphi Financial Group CEO Robert Rosenkranz to tweet about her years-long affair, just as long she doesn’t go near him or his wife. Ms. Nelson plans to release a tell-all book about the affair. (New York Post) 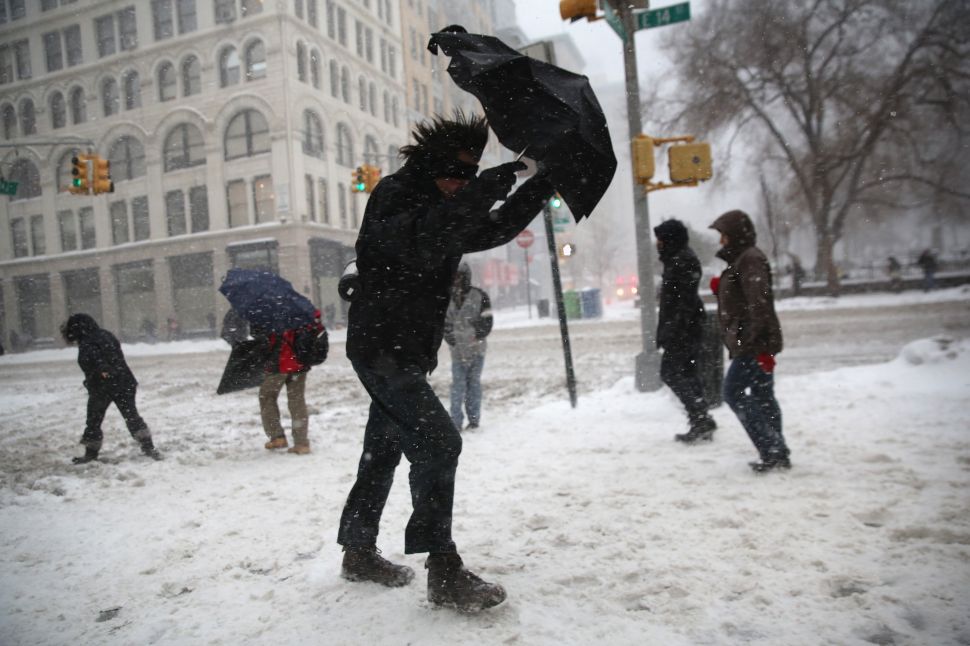