The transfer of the kingly and elaborate 8,850 square-foot townhouse at 55 East 74th Street from the joint ownership of Vikram and Meera Gandhi to Ms. Gandhi alone does not appear to have been entirely straightforward. Anyway, Ms. Gandhi saw fit to shell out $14.118 million for the place, according to city records. And we can’t really quarrel with her calculations. The home was good enough to serve as the New York residence of First Lady Eleanor Roosevelt, at least as an old rental listing with Sotheby’s has it, and Ms. Gandhi ultimately got something of a discount, considering that she and her husband had the place on the market in 2008 for $19.95 million. (It would have cost you $35,000 a month to rent the crib back in 2009; the Gandhis also have what we gather is a pretty fabulous home in New Delhi.)

The townhouse, a Buchman and Deisler limestone confection with “columnar porticoes” and iron grille doors, dates to 1898. Its grandeur is of the decidedly unselfconscious variety. And why not? What with visitors like John F. Kennedy, Nikita Khrushchev, Leonard Bernstein and Golda Meir popping by at one time or another. (Mr. Gandhi, who currently devotes himself mostly to philanthropic endeavors, did alright himself in his time, serving in top positions at several investment banks, plus founding one of his own.)

An entry vestibule opens onto a marbled gallery made more grand by a curving, balustered staircase off to the left (marble newel posts!), which extends both above and below. (Said gallery appears to have been decorated by its current owner(s), at some point, with a zebra-skin rug, which seems more like Teddy than Eleanor, but never mind.) There are, too, some more modern charms: a large sunny kitchen with a big ol’ center island, a media room featuring 10-foot-long skylights and fashionably exposed brick.

There are also five bedrooms, a roof deck and a rear garden, all of which, of course, make for pretty nice features, whatever era you happen to be living in. 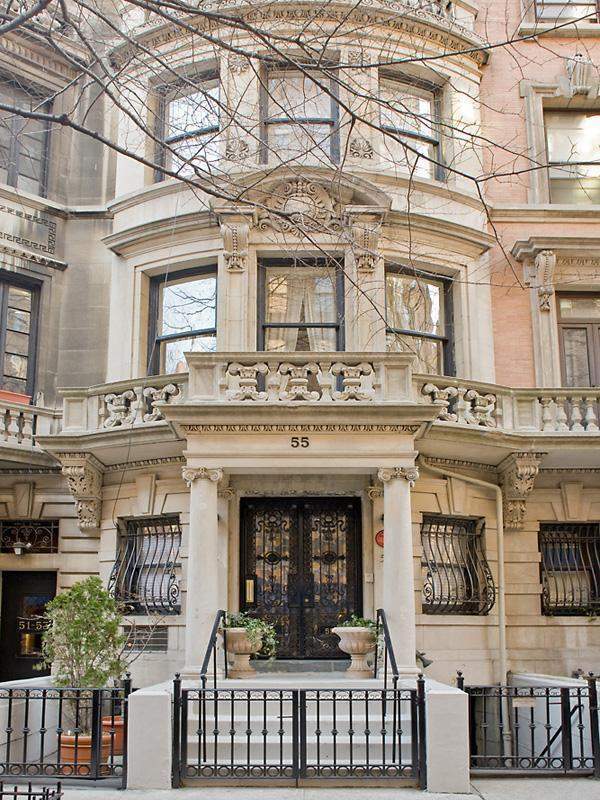