When it comes to ISIS, nothing is as simple as it appears.

Look at what happened soon after the burning of Jordanian pilot Moaz al-Kasasbeh: A religious leader in ISIS, a man who dared to voice his objections to the burning of the pilot, was removed from his official position. He is now to stand trial and he, himself, may yet be executed.

This is how it happened:

At a meeting of the religious leadership of ISIS that was held in al-Bab in the Province of Aleppo, the Imam said that the burning of the Jordanian pilot was a violation of Islamic law. He is not alone in his thinking. Many Islamic scholars, even some who are al Qaeda advisers and supporters, have condemned the cooking of the captive and the release of a snuff film as a violation of Islam.

Then the situation turned dramatic. The Imam continued speaking his mind and said that those responsible for the burning should face an ISIS trial.

Remember, these statements were made not as a public pronouncement. They were made during a discussion among ISIS religious leadership. But in ISIS, there is no room for debate—even among those once thought to be insiders.

The fate of the outspoken Imam hangs in the balance. For now, he stands alone. Anyone who would have supported him has been scared into silence. But not so with Jordan—they have a king with a powerful army.

Jordan is demonstrating great furor in its fight against ISIS. So much so that Jordanian fighters are decorating their bombs with verses from the Koran condemning ISIS. On their return flight from a bombing raid that targeted ISIS, fighter jets even did an honorary pass over the home town of their fallen pilot-in-arms.

Jordan has likely begun covert ground raids into Iraq to gain better intelligence about ISIS and even to attack the terrorist group’s encampments.

As soon as the horrific burning became public news, the King Abdullah II of Jordan rushed back from the United States where he had been visiting to take his place at the helm of his country in their time of crisis. He has announced that Jordan will double down in their fight against ISIS—and he has been true to his word.

Not all Jordanians agree with the King. Some Jordanian Palestinians support ISIS’ beliefs and tactics.

After the video of the burned and mutilated al-Kasasbeh went viral, many Jordanians took to social media with a hashtag that quickly became popular. It reads: #notourwar. It was the father of the downed pilot who proclaimed the sentiment, but he has since begun to toe the official line and the hashtag has continued to grow and gain popularity without him.

A large group of Jordanians are not empathizing with the murdered pilot, his family, or his mission. Instead, they  empathize with his brutal murderers. The pilot came from a tribe that was extremely loyal to the King of Jordan. That tends to be the division. Tribes are loyal while Palestinians, who compose about 60% of Jordan, tend not to be monarchists.

The potential for internal conflict in Jordan is huge and ISIS understands this. So does King Abdullah. Jordan is a potential, future, battle ground for ISIS. The Arab world is now beginning to take sides. Syria, for example, is not at all happy with Jordan’s new aggressive stance against ISIS.  The main reason for the Syrian displeasure is that Jordan has attacked ISIS targets in Syria, a clear violation of their air space and borders.

Jordan now threatens to also launch ground offensives against ISIS. And Foreign Minister Wallid Moallem of Syria has warned Amman that Syria sees Jordanian intervention as an infringement of Syrian rights. He said that Syria will not permit any foreign ground forces to enter their country.

Of course, the Syrians have neglected to mention that there are huge amounts of Iranian forces in Syria and as many as 35,000 Hezbollah fighters who are also there. Never mind that.

Syria needs to apply more pressure on ISIS but they want to do it on their terms. Jordan, on the other hand, does not seem to care about either Syrian or ISIS’ concerns. A major diplomatic conflict is brewing. Sometime soon that conflict may lead to a skirmish or two—or worse, between these cold neighbors. 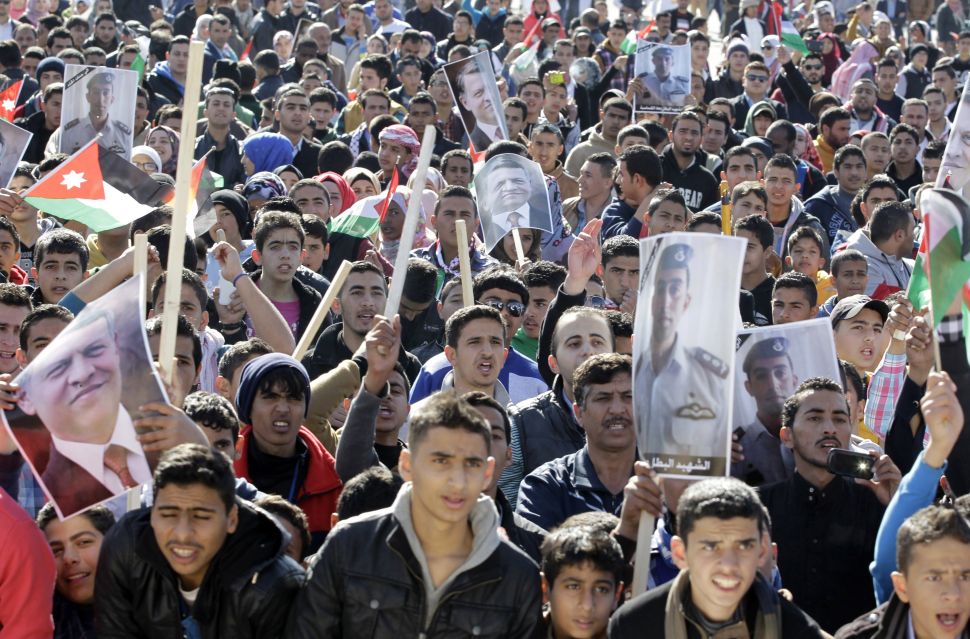