On Sunday a select few (about 3,00 to be more precise) got a sneak peek inside the Broad Museum in Downtown Los Angeles. The museum isn’t scheduled to open until September 20, but art stars like Catherine Opie, Sterling Ruby, and Mark Bradford were among those who got to check out Swedish artist BJ Nilsen’s sound installation Los Angeles-artist Yann Novak’s projection work Stillness inside nearly finished space. And the L.A. Times’ Christopher Knight captured the action on Twitter for everyone on the East Coast to be jealous. [L.A. Times]

Photographer and film director Larry Clark, has always been drawn to the pulse of gritty youth subcultures, like with his 1971 photo book Tulsa and unsettling 1995 film Kids. And with this being New York Fashion Week, Mr. Clark is keeping up with the trends. He’s partnered with shoe designer Eugene Riconneaus for a new art series and limited edition skate sneaker, released this week in Paris. The art series is so far titled New Work and traces six-years-worth of skateboard tracks around the Palais de Tokyo. [Complex]

Art exports from Britain have hit a new, record high: $17.4 billion worth of art was exported in 2014. The study released by Thomson Reuters legal business records that the amount is a 7.9 percent rise from 2013, and also dismisses concern that Artist’s Resale Right would hurt business. [Reuters]

Last week we learned that Paul Gauguin’s Nafea Faa Ipoipo (When Will You Marry?) was sold from a private Swiss collection for $300 million, setting a new record for the highest price ever paid for an artwork. And thanks for scientists at Northwestern University and the Art Institute of Chicago who making headway analyzing the artist’s complex layering techniques to uncover the secrets of his prints, we understand a little more as to why someone might be willing to fork over the big bucks. [Art Market Monitor]

Christie’s is planning an online sale of one of the largest private collections of prints by Paula Rego, from March 10 through 19. The sale coincides with her 80th birthday, and will include highlights from her 30-year career. Christie’s specialist Lucia Tro Santafe said, “Rego is one of our greatest living contemporary artists. Her powerful, subversive imagery, sometimes macabre, often humorous, place her in the great tradition of artist storytellers, such as Goya, Daumier and Picasso. This collection is an excellent opportunity for collectors to acquire her prints.” [Art Daily]

Pierre Huyghe, whose odd and moving retrospective which includes a roaming pink legged dog and various other living ecosystems currently occupies LACMA, has won the 2015 Kurt Schwitters Award. He is the recipient of $28,000 and will be given a solo show at the Sprengel Museum Hannover. [Artforum]

A permanent exhibition called “Solarium” at NASA’s Goddard Center in Maryland allows visitors to get an awe-inspiring, up-close view of the Sun’s surface. The images come via the NASA satellite that orbits the sun and broadcasts high-resolution images of wavelengths outside the spectrum of human vision, projected onto a floor-to-ceiling, time-lapse installation. [Art Newspaper] 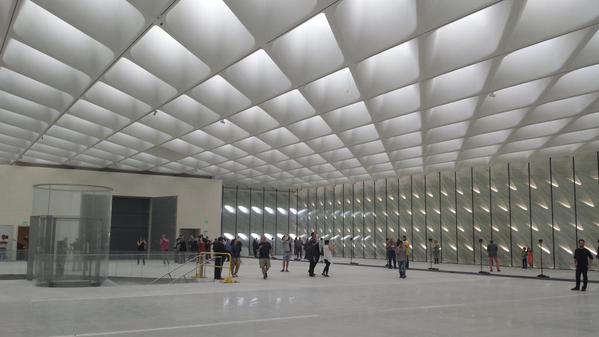