One of the most pleasing and iconic early sculptures by Jeff Koons—and what might be better than the neo-Disney technicolor bombast that came later—is Three Ball 50/50 Tank (Two Dr. J. Silver Series, One Wilson Supershot). You know, the basketballs floating in a fish tank. Koons, typically, has some pretty hilarious things to say about these basketballs: “You know, the reason that I used a basketball over another object is really probably for the purity of it, that it’s an inflatable, it relates to our human experience of to be alive we have to breathe. If the ball would be deflated, it would be a symbol of death. But it’s inflated, so it’s a symbol of life.”  So it’s wonderful that the Sacramento Kings have commissioned a Koons sculpture for the their new arena. May it bring little luck to the Kings, as I’m a Washington Wizards fan. [The Sacramento Bee via Artforum]

Holland Cotter weighs in on the New Museum Triennial, and he sizes up the apparent tameness very well. Just because it lacks the futuristic super-spastic post-viral qualities of video work by Ryan Trecartin, who curated the show, his mark is there, and his hand is learned. Anyway, here’s Mr. Cotter: “If you’re expecting a ‘digital’ show, you won’t get one, or not one that advertises itself as such. For most of the participants, the majority born in the 1980s, digital is nothing special, no big deal. It’s a given. It’s reality. In art, it’s just another tool, though one that happens to be particularly useful for creating and capturing the effect of flux (material, social, whatever). To me, that’s what the show’s basically about: change — invention, mutation, transformation, but without utopian overlays. The opposite, even. There’s a mood of weary suspicion and melancholy that seems odd in artists so young.” [NYT]

And as if there weren’t enough problems on the Gaza Strip, now it’s gotta deal with Banksy! [USA Today]

Jordan Wolfson’s famous dancing robot, (Female Figure) 2014, is apparently coming to London. The foggy city has the Serpentine Gallery, and its curator Hans Ulrich Obrist, to thank. [The Art Newspaper]

Hey, it’s Friday, and we all like a good top ten list. So let’s look at The Guardian’s list of the top ten art patrons. Who made the cut? Probably some billionaires? Maybe a high-powered critic? Who knows! [The Guardian] 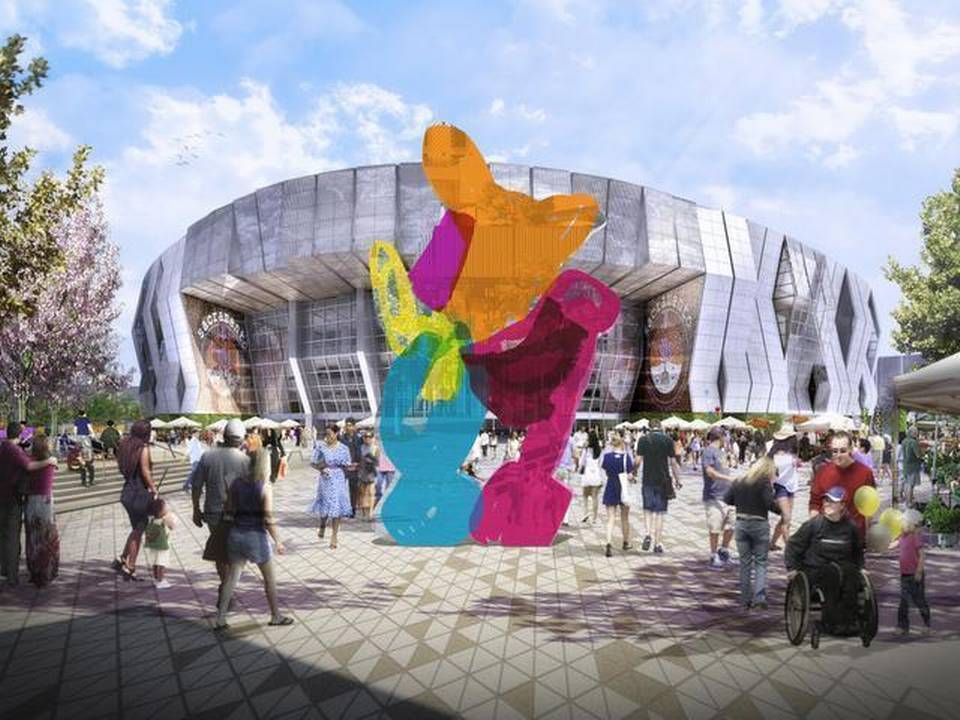