The soothsayers of neighborhoods have been heralding the arrival of the Flower District for nearly a decade, ever since the Portlandia-core hip haven that is the Ace Hotel touched down and made the forgotten few blocks cool again. And now, direct your attention to another trend piece in that same vein, this time focusing on the galleries who are leaving Chelsea for greener pastures out east. Does a dealer call Chelsea an “art mall?” Check. Does the writer make an uncomfortable reference to the Nigerian merchants the galleries are displacing? Check. Does someone gush about the nearby “tech and creative companies?” Check. We’ve got ourselves a trend piece, folks. [WSJ]

This isn’t really an art story per se, but it was reported by an art publication, and it’s relevant to our lives, so: it’s so cold the fountain at Bryant Park has frozen over. In very much related news, I’m leaving for Los Angeles tomorrow. [artnet]

A relative of the German man who hoarded art that was looted from Jewish families who were captured and killed by the Nazis is somehow successfully preventing the works from being shown at the Kunstmuseum Bern as they were willed. [NYT]

There’s an “indie art fair” in San Francisco so Silicon Valley executives can snap up canvases for cheap and flip them for much more in a year. Also, they misspelled “San Francisco” in the URL. Tech people really need to get better at this writing thing. [SF Gate]

Here in New York, it’s perfectly normal to be going about your day, running errands or buying groceries and such, and inadvertently run into some mildly strange conceptual art installation. But, man, in Cincinnati, it’s crazy! A curator at a contemporary arts institution there recently saw a performance of Heine Avdal and Yukiko Shinozaki’s “Borrowed Landscape” in Oslo and decided to re-stage it at a Whole Foods in his hometown. Lest the humble Ohioans freak out over weirdo dancers and noises in their grocery stores, the local paper stressed that it’s completely optional and that “nobody is upset” yet. Plus, this smug curator dude seems to be having the time of his life watching these totally oblivious slack-jawed yokel Midwesterners get blindsided by actual culture. “There were a lot of people who were just shopping,” he said. “I watched them slowly understand they were part of something larger.” [The Cincinnati Inquirer]

Zehra Jumabhoy goes to the India Art Fair, and gets a little peeved at all the hotshot Bollywood actors rolling through. [Artforum] 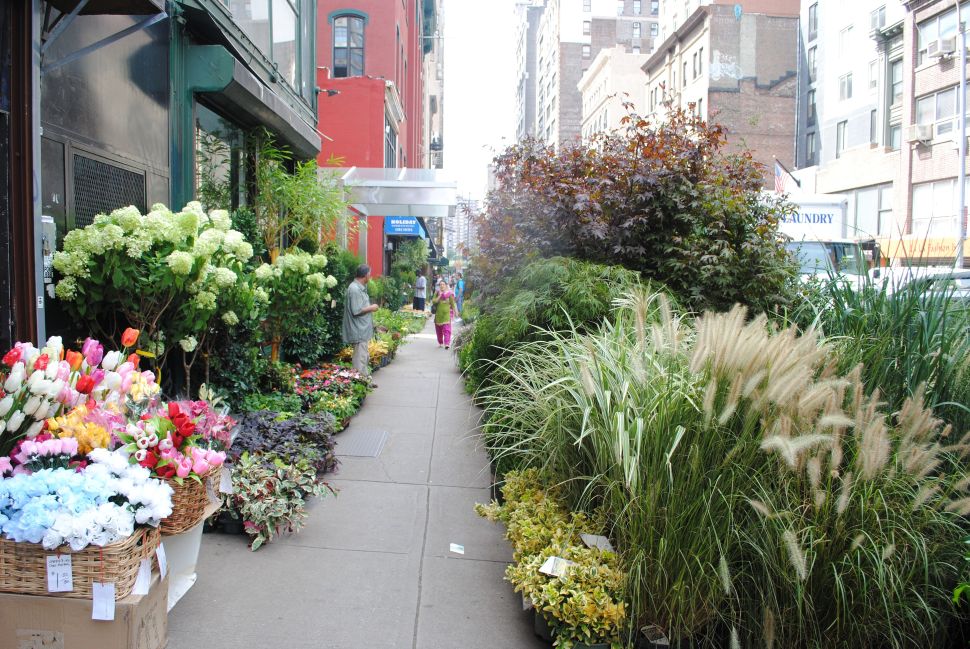