Helen Mirren will star in “Woman in Gold” as Maria Altmann, a Jewish woman who took her fight to gain ownership over Nazi looted paintings by Gustav Klimt from the Austrian Government all the way to the U.S. Supreme Court. One of the looted paintings was Klimt’s 1907 portrait of Adele Bloch-Bauer, Altmann’s aunt. The story is a true one, and Ms. Mirren emphasized in a news conference that the film sheds light on the ongoing issue of the restitution of looted art. [Reuters]

Kim Gordon, not the one from Sonic Youth, but rather the CEO and co-founder of digital arts tech company Depict explains how the tech industry should embrace its growing relationship with the art world. She gives a nod to sites like Artsy and Artbinder, who she credits for getting things rolling, but says startups like ArtLion, ArtKick, Artcast, and yes, Depict are the next exciting wave of art world technologies. These companies are focused on creating software that let’s collectors experience a range of digital art (even high res versions of Picasso or Monet) at great quality in their own homes. Perhaps this is a game changes, that is, if digital art is your thing. [Tech Crunch]

Want to see the greats without having to suffer long lines or crowded museum halls? The Art Study Center at the Harvard Art Museums lets members of the public make appointments online to view works from the collections privately, up-close-and-personal, for as long as desired. The only stipulation is they can’t be works currently on display, and delicate or hard-to-move works aren’t the best option. The Museum of Fine Arts’ Morse Study Room also provides similar appointments. [Boston Globe]

Just in time for the annual CAA conference, the College Art Association has released the “Code of Best Practices in Fair Use.” The guide is meant to help artists and art professionals know how and when fair use applies with copyrighted materials. [Hyperallergic]

A look at the origins of the Sharjah Biennial, and the unique spot it now occupies in the global art world calendar. Founded in 1993 by Sheikh Dr. Sultan bin Mohammed Al Qasimi, it has been overseen by his daughter Sheikha Hoor Al Qasimi since 2003, and become a place for open experimentation in the arts within an otherwise highly conservative state. [T Magazine]

Richard Wentworth was Henry Moore served as Henry Moore’s assistant in the 1960s, once built sets for Roxy Music, pushed the New British Sculpture movement into the forefront with contemporaries like Tony Cragg and Richard Deacon, and was behind the “Goldsmiths Course” that launched the careers of the YBAs. And yet, international art audiences might not be familiar with his name. This profile is a long overdue introduction. [Telegraph] 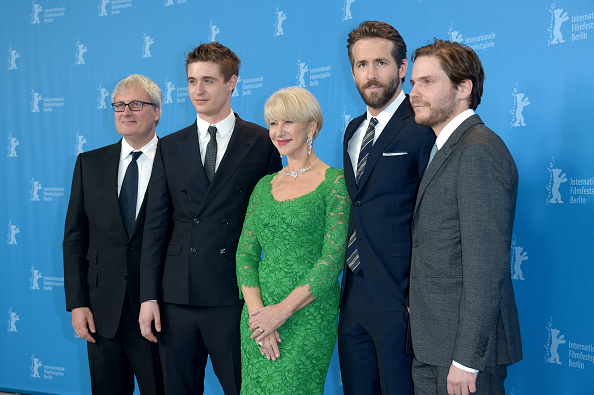