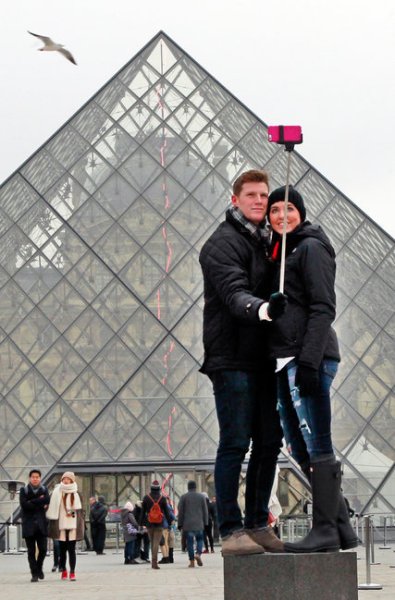 If you were planning on using your brand new selfie stick to take that perfect selfie at the Met in front of the Temple of Dendur, well, you’re in for a rather rough surprise—the institution has banned selfie sticks. It’s just one of the many museums which have up and decided that such implements are not welcome. The horror, the horror! Let’s here note that this story was on the front page of The New York Times, as this is a change in protocol as important as matters of national security. And so now, selfie-obsessed art lovers will have to take selfies the old fashioned way. Wait, how? Like, with an outstretched arm? Do we remember taking selfies before selfie sticks? I know, it’s tough for me to recall, too. [NYT]

Department of Lost Paintings Found in Photographs: “Is a painting in the background of two photographs by Helmut Newton a missing masterpiece by Arnold Böcklin? Tritonenfamilie (Triton family), 1880-81, which the work in the photographs resembles, was looted from the collection of the Kaiser Friedrich Museum (now the Kulturhistorisches Museum) in Magdeburg, central Germany, at the end of the Second World War.” [The Art Newspaper]

The novelist Jeanette Winterson wrote a book called The Passion that is so wonderful, and everyone should read it, and so it’s very worth your while to also read her take on the Whitworth Art Gallery in Manchester, England. [The Guardian]

Our friend Maika Pollack wrote a short thing for the issue of T that came with your big paper this Sunday about Bridget Donahue, the former director at Gavin Brown’s enterprise who now has her own gallery on the Bowery. It’s very nice to see a good Chinatown gallery in the pages of a national newspaper’s fashion magazine. [T]

Here’s Linda Yablonsky on Zona MACO: “Zona MACO has the good fortune to be in Mexico City. That’s its main attraction. No matter which galleries show up to offer works by what artists, what ultimately resonates are the long lunches at Contramar and warmth of every personal exchange, the museums, the cantinas, the architecture, and the incredible snarl of evening rush-hour traffic circling the Independence monument to get across Reforma. As the Portuguese artist Ângela Ferreira put it, ‘like this fair because it’s small and the quality is good. But I like the vibe in Mexico City best.'” [Artforum]

And is it just me, or did Sunday’s runway show by the always exciting line Hood By Air take some cues from William Pope.L’s Foraging (The Air Itself/Dark Version)? Maybe it’s just because it’s on the cover of this month’s Artforum, or maybe it’s just an easy aesthetic comparison, but regardless, the Hood By Air show looks great. [Fashionista] 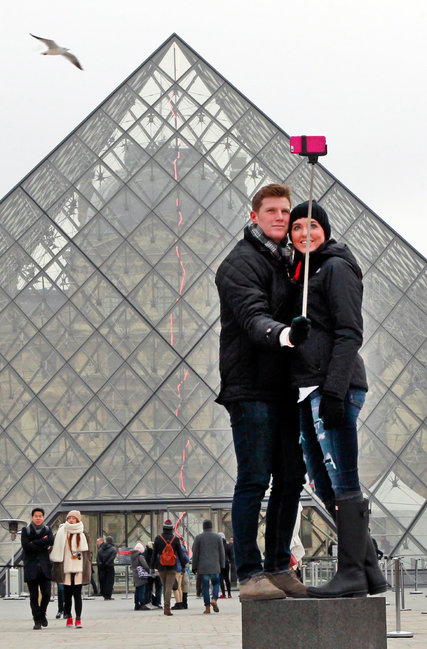