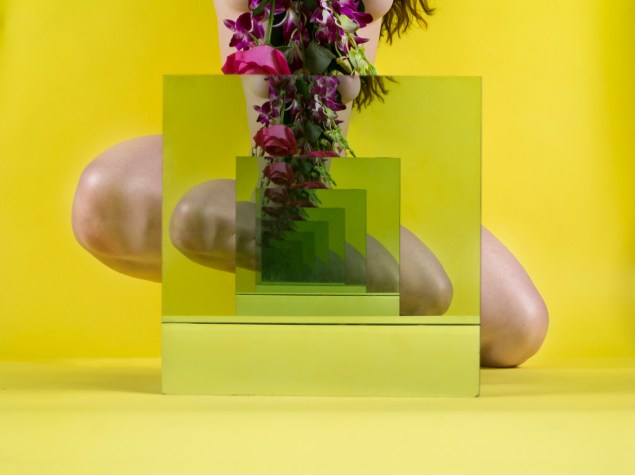 Inside a 16-foot shipping container-slash-gallery space in Bushwick, a quiet revolution in the art market simmers. Photographer Sarah Meyohas, in partnership with Brooklyn’s Where Gallery, has created BitchCoin, a new cryptocurrency—or digital currency—in the model of Bitcoin. Wired reports that for a measly $100 collectors can buy one BitchCoin, which equates to 25 square inches of a print by Ms. Meyohas. An entire print goes for 25 BitchCoins, or $2,500.

“It is a mechanism which allows one to invest directly in the career of an artist without all the messiness of buying, storing, or even looking at any art,” said Where Gallery in a statement.

But while you could drop $100 for a portion of a print now, you could also hold onto purchased BitchCoins, as their value will fluctuate based on the market for Ms. Meyohas’ artwork. It’s a chance to get in on the ground floor of an investment—and that investment is in the artist herself. BitchCoins aren’t necessarily tied to a single work of art, and can be traded for one of Ms. Meyohas’ prints available today or one that she creates a few years from now.

“What the BitchCoin allows you to do is buy a work in the future at a very strict rate,” Where Gallery co-director R. Lyon told the Observer. “If her work is worth $25,000 to buy a print at the open market, you’d still be able to get that print for 10 BitchCoins.”

At the project’s launch on February 15, the gallery made an initial offering of 200 BitchCoins available, which backed Ms. Meyohas’ photograph Speculation. There are now only 20 BitchCoins left for collectors to purchase, the gallery confirmed. The BitchCoins are being created, or “mined,” by a single computer inside the gallery. A camera, called the Wherecam, is making the admittedly not-so-dynamic mining process visible online 24/7.

“We interpreted quite literally the role of the gallery as value producer vis-a-vis emerging artists’ work,” Lucy Hunter, co-director of Where Gallery, told the Observer. 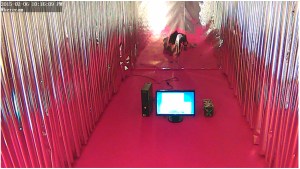 An image from the Wherecam, which captures the real-time computerized BitchCoin mining process in the gallery. (Photo courtesy Where Gallery)

But this isn’t an entirely risk-free investment. The future of the project will depend largely on whether the market value of Ms. Meyohas’ work increases, as collectors can make a profit only if they sell their BitchCoins once the value of a print surpasses $100 per 25 square inches.

Ms. Meyohas has an appropriate pedigree to blend art and finance: she has an MFA from Yale and an undergraduate degree from the University of Pennsylvania’s Wharton School of Business. As a Wharton student she took photos of classmate Danielle Swanner posing nude in heels around campus and dubbed the project “Business Nude.” (In what we hope is a self-effacing blog post accompanying the piece, Meyohas wrote: “Danielle is a business student and a sexual woman. Can she, as such, reclaim this space?”) 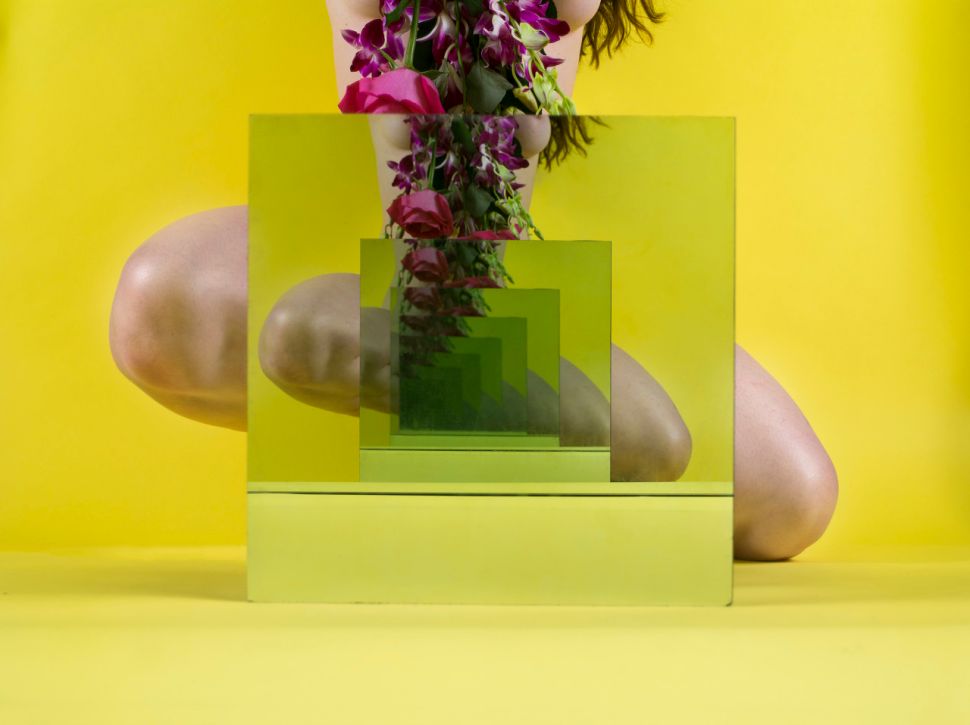