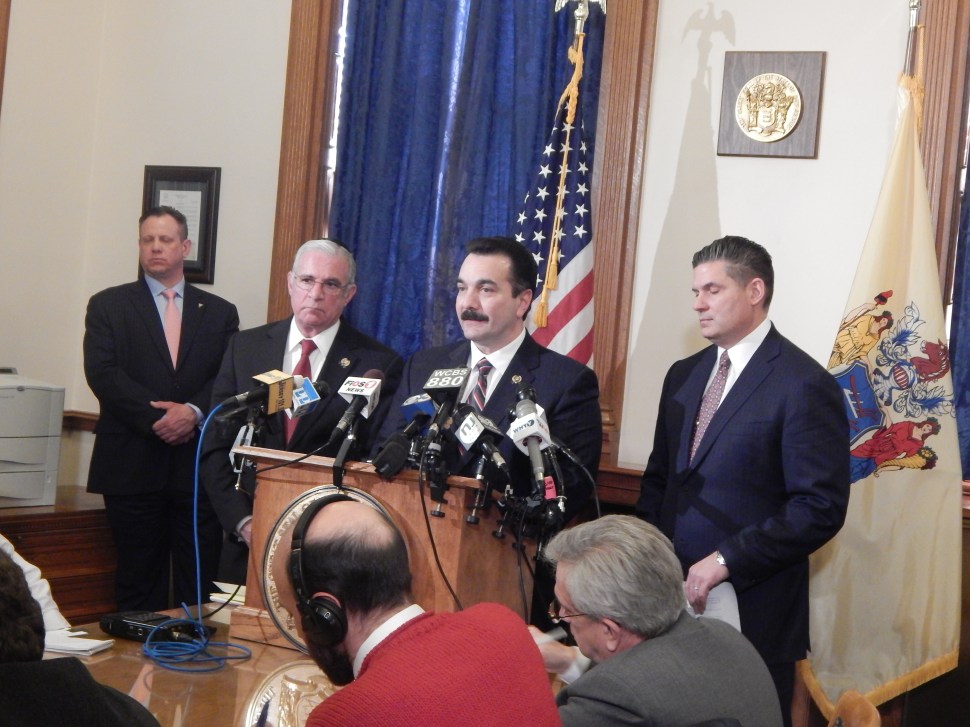 TRENTON — Assembly Democrats bashed Gov. Chris Christie’s budget address today for being heavy on talk about fixing a broken public pension and benefit system — but virtually nonexistent on anything else.

“It’s the beginning of the process, but this speech was not really a budget speech, it turned into a pension reform speech,” said Assembly Speaker Vinnie Prieto (D-32) during a press conference following the Christie’s afternoon address.

Christie laid out his latest $33.8 billion budget today just as trouble over the state’s pension and benefits problem fester anew. Yesterday, a Superior Court judge sided with a handful of public sector unions in requiring the state to meet the its pension obligation with a nearly $1.6 billion contribution this year and similar contributions in years ahead. The ruling has thrown the state into a surprise fiscal crisis, sending lawmakers and Christie’s administration in the hours leading up to the address scrambling for solutions.

Almost all of the Republican incumbent’s speech consisted of talk about that issue. Using the final findings a much-anticipated report from the commission Christie convened late last year to study and propose solutions for funding the state’s pension obligations, Christie laid out a plan to put $1.3 billion towards next year’s payment, partly by overhauling the current pension system.

Among the plan’s specifics are to freeze existing pension plans, aligning future public employee retirement benefits with private-sector levels, and transfer the assets, liabilities and risks of the existing pension and new retirement plans to employee entities willing and able to assume this obligation.

Christie called the plan a “Roadmap for Reform”, and brandished the support of the New Jersey Education Association, who says they’ve been in discussion with the governor on the plan but have stressed they’ve reached no final deal.

While Republicans largely praised Christie’s budget for its fiscal responsibility, Democrats criticized it both for lacking specifics and for failing to address some of the state’s other, arguably more pressing issues. There was no mention, for example, of finding a revenue solution to replenish a depleted Transportation Trust Fund, which pays for major road and bridge repairs in the state but currently faces insolvency by June 31.

“There are many, many other things like school funding, municipal funding, property tax relief. Those things need to be addressed,” Prieto said.

Prieto also questioned Christie’s new approach to the pension problem, arguing they backtrack on much of the historic reform the governor and the Democratic-controlled legislature made in 2011.

“When you did reforms, and this thing was the best thing since sliced bread, and you took it out to the nation that this was monumental reforms that had been done, and you were touted this as much as a year ago just before on tire fell off your bus, that doesn’t mean you scrap the whole thing,” Prieto said.

A major complaint Democrats have of the pension plan is that it doesn’t go far enough. The legislature would still need to find a way to make up the difference between the amount Christie has proposed to put towards the system in the next fiscal year and the amount that the state owes that year — and likely will be forced to make, as Judge Mary Robinson argued yesterday that the 2011 reform stands as a “contractual obligation” between the state and public workers.

Lawmakers on both sides of the aisle admit the additional revenue is likely going to have to come through painful cuts to already underfunded programs.

“We heard a hope, an aspiration — we did not hear a concrete plan. One way or another, no matter what it is that we do… there are funds that are going to need to be generated by the state for those costs,” said Assemblyman Gary Schaer (D-36), co-chair of the Assembly Budget Committee.

Assembly Majority Leader Lou Greenwald (D-6) laid out a list of areas the governor failed to address in what he called the “most significant document” of the year.

“No reference to the process of public hearing where people come in and speak about the impact of the budget. The governor spoke today at length, but there was no indication on what this means for the developmentally disabled, what this means for the hospital and nursing homes — the traditional things that we speak about year in and year out, and the impact on everyday lives,” he said.

The comments echoed a similar complaint Democrats had of the Republican’s state of the state address earlier this year, when lawmakers blasted the upwardly-mobile governor for using his platform to lay out a presidential agenda in front of a national audience ahead of next year’s Republican primaries.

Prieto said he’s open to look at Christie’s plans with the NJEA, but also offered reservations.

“I can tell you here today, the issues and what he laid out today are serious issues. You cannot blame public employees again,” he said. 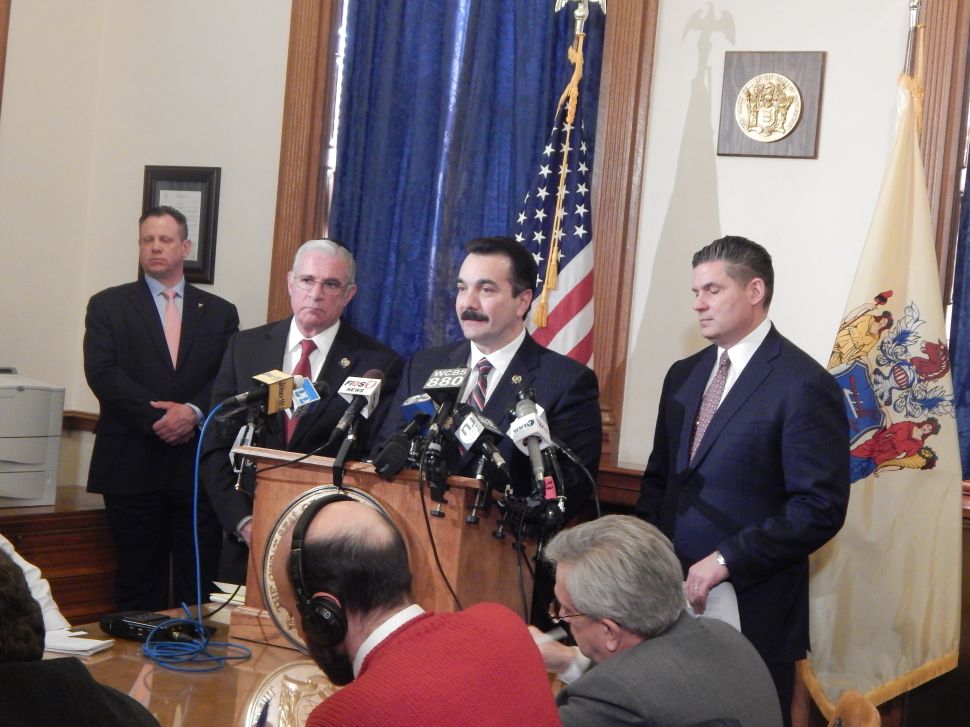