Recognizing the billions of dollars and thousands of jobs the fashion industry provides for New York City, Mayor Bill de Blasio announced yesterday that the city’s Made in New York initiative will soon inject $15 million into the field in the form of grants, paid internships and manufacturing technology.

The mayor made the announcement at a press event cleverly disguised as a Made Fashion Week kickoff party at Milk Studios yesterday.

“In very real economic terms, this industry is more vital than ever,” he said, adding that fashion employs 180,000 people, providing $11 billion in wages and generating $2 billion in annual tax revenue. “When you believe in something, you invest in it. The city of New York is tripling our investment in fashion initiatives.”

The mayor brought his wife, Chirlane McCray, onstage with him and revealed that she was wearing the work of Anni Kuan, a New York designer. He lamented that he comes in fourth place as far as fashion sense in his household, pointing also to his daughter Chiara de Blasio’s Teen Vogue interview as evidence that fashion sense runs in his family.

After the second or third time the mayor noted his lack of interest in fashion, it began to feel as though he was protesting too much. Why so many disclaimers? But he won us back over again when he proudly noted that his grandmother, an immigrant from Italy, owned her own store selling “high-class ladies’ dresses,” called Mrs. Briganti.

Mr. de Blasio’s speech showed a keen interest in the populist side of the fashion industry. He pointed to Made Fashion Week’s Mazdack Rassi as evidence that fashion is not the rarified, out-of-reach world that many believe it to be.

“Not so long ago, Rassi was working odd jobs, waiting tables, working in real estate—doing whatever he could find,” the mayor said. “He went from that to founding one of New York City’s premier fashion hubs. This is a great New York City story.”

After the press briefing, Deputy Mayor Alicia Glen assured us that the mayor’s office decided to make this announcement at the Made Fashion Week kickoff event for a reason.

Made Fashion Week’s nurturing of young designers is “so compelling, and it sort of resonated with us more than Mercedes Fashion Week, which we also go to and support,” she said. “But for the mayor, this is more about connecting the glitz and glamour of the industry to real people, to create jobs, the ability to come to New York, go to FIT and start your own business. That’s very much part of our agenda: to make fashion a way for people to have a fabulous career.”

She noted that fashion people are not as elitist as some people seem to think, and that there is “a real camaraderie in the industry.” Also, she pointed out, she and her daughter, Rose, were both wearing New York City designers. The younger Glen was in Vincetta, while the Deputy MAyor wore Morgan le Fay.

Despite the similar nomenclature, Made Fashion Week and Made in New York are separate entities. Made Fashion Week is a private organization started by Jenne Lombardo, Mazdack Rassi and Keith Baptista, dedicated to nurturing fresh fashion talent and responsible for kickstarting brands such as Alexander Wang, Public School, Proenza Schouler and Joseph Altuzarra. Made Fashion Week is funded by corporate sponsors such as American Express, Maybelline and Macy’s.

Made’s events are held in Milk Studios, a Meatpacking District fashion hub housing creative agencies and studio space. It is available to rent for fashion shows, photo shoots and other events. Made Fashion Week is held at Milk, and they share a founder in Mr. Rassi.

Made in New York, on the other hand, is the city’s economic development initiative that supports film, TV and other arts created in New York City, and now, fashion. 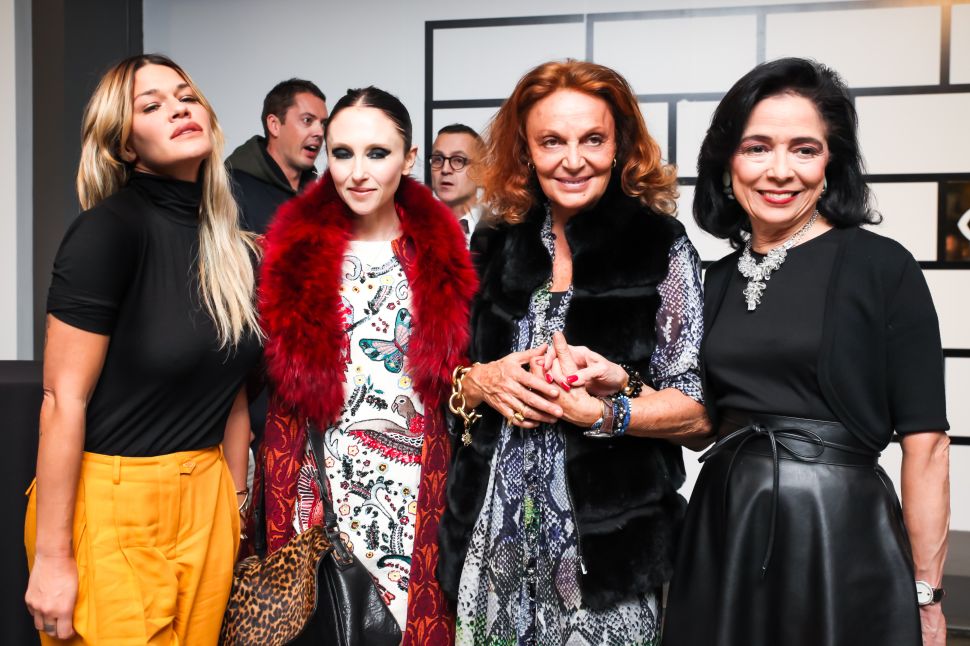