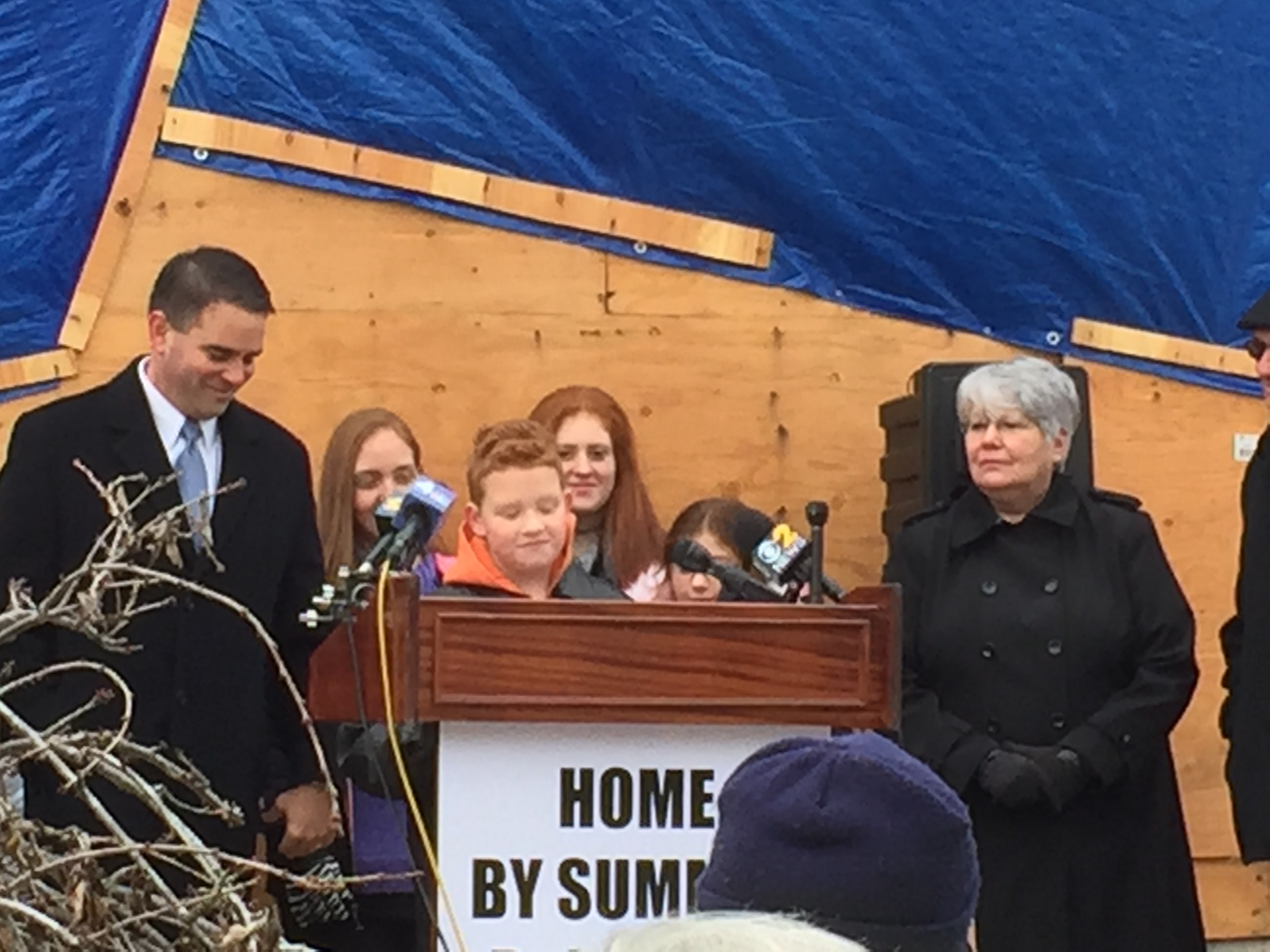 The goal of the drive, named “Home By Summer”, is to raise a total of $200,000 to be split evenly between two families who have experienced a series of frustrations and disappointments in their attempts to rebuild and return home.

“Sandy occurred over 800 days ago and left thousands of families displaced, including my own, some for days, some for weeks, some for months. But over time, everyone got back home in Belmar. But there are two families that are still displaced,” Doherty said on Thursday. “They’ve received some [state] Rehabilitation, Reconstruction, Elevation and Mitigation (RREM) program aid, they’ve battled with the insurance companies and didn’t receive what they should’ve received. They are now at an impasse where they don’t have any light at the end of the tunnel. We want to raise $200,000 to get these people back in their homes. Our goal is to get them home by summer. There is no more federal money. There is no more state money. There is no more non-profit money. There is no rich uncle. There is no other source of revenue to make the repairs and get them back. If we don’t raise this money, they’re never going home.”

Doherty said that he has reached out to Monmouth County Democratic Chairman Vin Gopal and Monmouth County Republican Chairman Shaun Golden for donations to the Belmar fundraising, stating that both county party chairmen have agreed to donate $5,000 toward the effort.

Gopal confirmed the Monmouth Dems’ donation, then addressed the purpose of the drive.

“If the Republican mayor had the same problem, and he called me, I would help them, too,” Gopal said. “After Sandy, we came together with the Monmouth Republicans and raised more than $100,000 for Sandy relief. It was a bipartisan effort. This drive is important to help some Belmar people trying to get home.”

Members of both displaced Belmar families spoke out about what they’ve experienced since Sandy.

“We’ve been trying everything, but we’re spinning our wheels,” said Krista Sperber, who still lives in Belmar but who has moved five times with her family to various rental homes since the hurricane. “Our insurance company only gave us 10 percent of our claim, and $600 to stucco over the cracks in our foundation. We’re spending $3000 a month living outside of our house. When I went to the RREM office in Freehold this past December to talk about problems I had in getting our award, they wouldn’t tell me anything. They threw me out of the office. They escorted me out of the back door.”

“Due to HUD policies and federal privacy laws, we are not able to provide you with details on a specific applicant’s case unless we have written authorization from the homeowner,” said New Jersey Department of Community Affairs spokeswoman Tammoni Petty in an email. “However, we can tell you that the Division strives to treat all homeowners with fairness and respect.”

Teresa Keefe is living in her brother’s condo in Lakewood with her mother and three children.

“We’ve been fighting back and forth with the insurance company and the bank,” Keefe said, whose home was condemned and demolished after the storm. “I think it’s amazing what they’re trying to do for us. I’m so thankful. Politicians need to assess what they can do to get people who are still having problems back in their homes. People have no idea what we’re going through. It’s heart-wrenching.”

“If you’re a friend of mine on Facebook, I’m going to ask you to contribute. If you’re somewhere in my contacts, I’m going to ask you to contribute. If you have a political action committee, Democrat or Republican, I’m going to ask you to contribute,” Doherty, a Democrat, said. “The sole focus of this is to get these two families in Belmar back home in time for the summer. We’re going to ask for contributions from everyone, no matter what their position in the state is. I think we’re gong to get a really positive response. I think when people realize the situation these families are in, particularly elected officials, I think they can empathize with their situation. While we’re asking for contributions from politicians, we’re trying to keep politics out of it. It’s not like giving to an organization where you don’t know where the money goes. We just want to get these two families home. I think we’re going to get a very positive response from both Democrats and Republicans.” 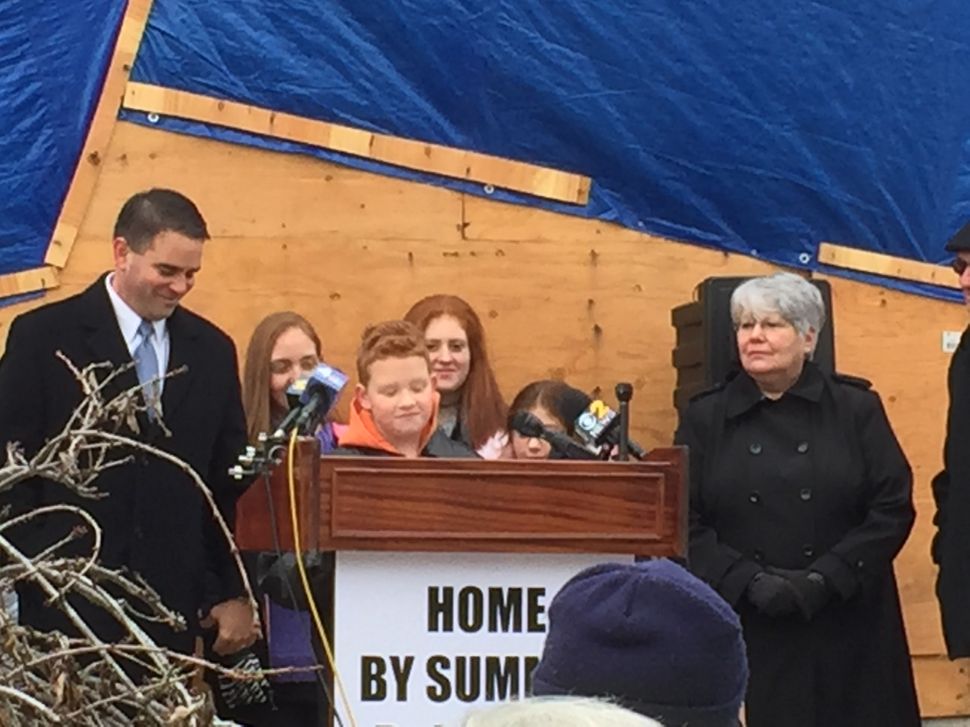