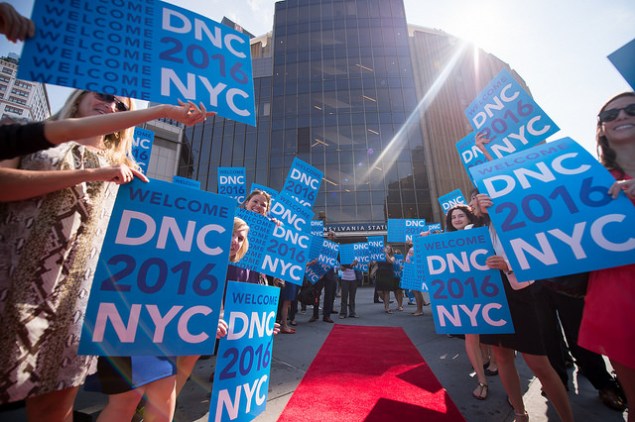 Philadelphia, not Brooklyn, was chosen as the site for the 2016 Democratic National Convention. (Photo: NYC Mayor’s Office/Flickr)

Mayor Bill de Basio rejected the suggestion today that his bitter public battle with police unions contributed to Brooklyn losing out on the 2016 Democratic National Convention to Philadelphia.

“I talked to countless people in Washington and it was not raised by a single person and, you know, the facts on the ground, right now, a lot of good things are happening in New York City,” Mr. de Blasio told reporters at a City Hall press conference today.

Edward Mullins, the president of the Sergeants Benevolent Association, clashed with Mr. de Blasio last summer when he said New York City, despite its falling crime rate, was not safe enough to host a convention. Months later, after a Staten Island grand jury failed to indict a police officer in the death of Eric Garner, anti-police brutality protests shut down traffic throughout the city, including the avenues surrounding the Barclays Center where the convention would have been sited.

The murder of two police officers in December led some in the NYPD to blame Mr. de Blasio for being insufficiently supportive of police. Cops literally turned their backs on the mayor and his rift with the NYPD drew international headlines.

A Democratic official, speaking on background to the Daily News, said Mr. de Blasio’s “mishandling of his relations with the police created an insurmountable obstacle.”

Mr. de Blasio complained throughout the bidding process of press reports that harped on his issue with police as an obstacle to Brooklyn securing the convention. The mayor today charged that the coverage was a “little perplexing” but said the press could not be blamed for Philadelphia winning out.

“Sometimes you do everything you know how to do and you come up short,” Mr. de Blasio said. 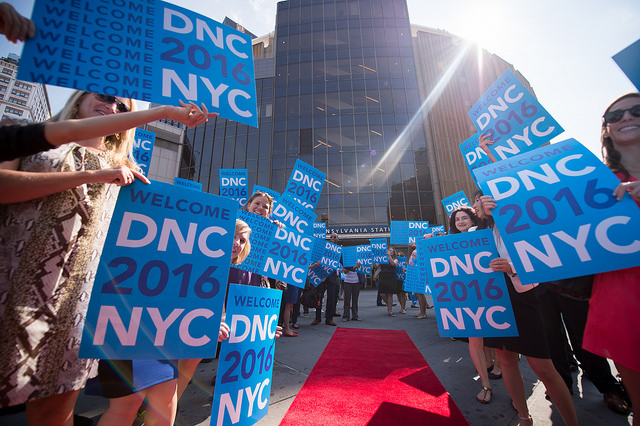