It’s Always Sunny in Philadelphia is a depraved piece of artistic genius, a show about five friends owning a bar that has developed into five separate case files of highly disturbed individuals. Some—like Mac and his repressed homosexuality—seem harmlessly quirky, but twins Dee and Dennis will creep you out more than Cersei and Jaime (but without the sexual chemistry, which makes it WEIRD!) And then there’s Frank, the fund roller and possible Charlie’s father (which was startling, since he was also Dee and Charlie’s mom.)

They are horrific to each other, but in a way that seems more life-affirming than dreadful. As Emily Nussbaum put it “The gang is certainly cruel and ridiculous…But they’re also touchingly naïve….(and) while it cannibalizes genres, it doesn’t have the abstraction of, say, NBC’s Community.”

Last night’s episode, “Charlie Work,” seemed to be a very specific homage: with a third act that appeared to be a continuous, seven minute tracking shot, punctuated with a jazzy drum riff and a running joke about a room full of chickens, how could it NOT be a parody of Birdman? I contacted director and Always Sunny EP Matt Shakman for confirmation… but he told me the episode was written and shot well before the Academy Award-nominated film was on the radar. In fact, the tracking shot was inspired by the now infamous one on True Detective last season, just minus the Wu-Tang score. And if you think having a camera following continuous movement for an entire act is difficult, just wait till you hear what they had to do to the set to prepare for it.

[youtube https://www.youtube.com/watch?v=YsKmO4_VXOg]
Matt Shakman: So onstage we have the bar set, the back room office and the keg room that connects—you can actually walk between them on-set. But the bathroom has always been a separate set; and the front of the bar is an exterior in downtown LA. So is the alleyway behind the bar.

So for this, we had to build a new bathroom that connected to the bar, and it was built into a fire lane, so we had to be able to swing the fake walls open quickly in case there was a fire and people needed to get through.

It was incredibly time-consuming, but we knew that in order to make the “shot” work, all the sets that could be together needed to be together. The basement, because you’d never be able to build it connected to the bar, you’d have to dig a hole in the stage, had to remain a separate set.

We built part of the back alley on stage as well, but the first time you see Charlie go out there, it’s the real alley in downtown LA. We wanted audiences to  feel like “Oh, this is real, we’ve seen 360 degrees.” It’s in a continuous tracking shot, because we needed to see DeVito running away down the alley. But the next time he goes out there, when Charlie finds the delivery guy arguing with Dee, that’s set on-stage. And then again when they come out with the health inspector, that’s on-stage, too.

But because the audience has seen this set once for real, they don’t really notice the change.

MS: Exactly… we did it like Birdman, even though we didn’t know about Birdman, because they didn’t have sets that connected either, so we both used visual effects to blend it. If you notice, whenever Charlie is walking out the door, we lose him for a second, and we use the door and the mullions on the window to link up the door on the exterior location with the door on the stage.

Even the beginning is an optical trick: We see Charlie walking down the street and into the bar, which literally, we cannot do. There is no set on location. But the goal is to have you think “I assume these things connect, why should it be any different?”

When we go into the basement we do that old trick of going down into black, through black, and now you are in another pool of light, but it’s a different set. And when you come up the stairs, there’s a green screen, which we panned off into and used to blend with a plate of the keg room to appear to be one continuous shot. We did it all without having it actually all connect.

Observer: Isn’t the scope of this rather… ambitious for a comedy? Tracking shots are notoriously hard to pull off for sustained amounts of time, because you need your camera guy in total sync with all the action, which is basically being performed as a live play, since anytime something messes up, you’ve got to go back and do it again. And the costs… I know FX has got mad money y’all, but to pull this off all in one episode… it involves some real grand scope.

Observer: Wait, “Nightman Cometh?” You mean the greatest piece of musical theater created on the history of television? You mean the one I am literally going out and getting a commemorative tattoo with my sister this weekend, based on Charlie’s lyrics to “Dayman”: an ode to his true love, the waitress.

MS: Cormac Bluestone, who provided the score for “Nightman” also provided the drumming you hear on “Charlie’s Work.” All the actors have theater training: Glenn went to Juilliard, Charlie used to take theater… Kaitlin was a Groundling. And we wanted to get that sense of live theater back. And what better way?

Observer: It just seems like so much work to create these elaborate sets and everyone has to move at exactly the right time. Like Rube Goldberg devices. You’ve got these optical illusions about how the rooms are and aren’t attached, but everyone need to be on their marks, ready to go. If someone messes up, it’s back to the beginning.

MS: And it’s a lot of game energy. We’d been really impressed with that long tracking shot on True Detective, which became sort of the inspiration of the episode and why Denis keeps saying “All right all right all right!” 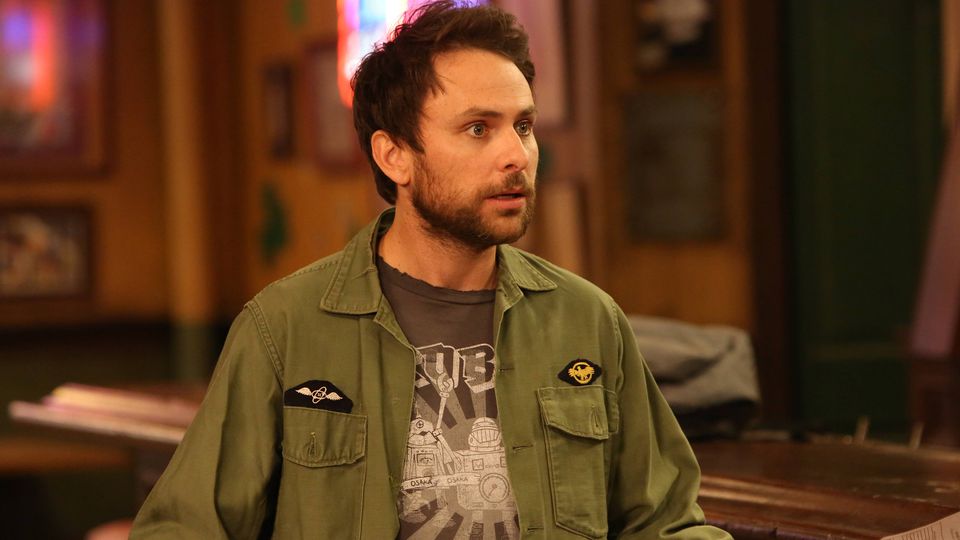