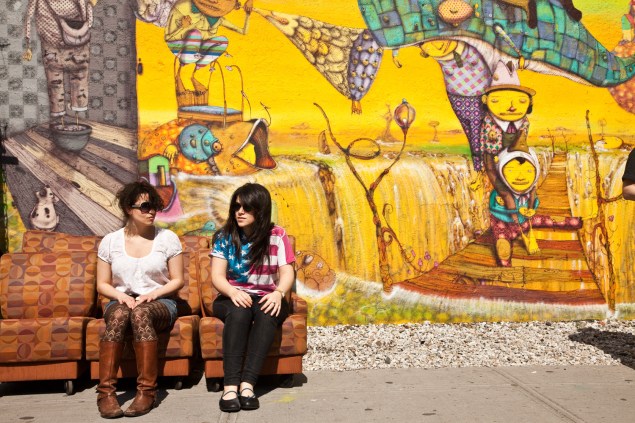 Living in New York City is perhaps the most comical choice a person could make. New Yorkers are choosing to give up space, money, solitude and possibly sanity for the magical je ne sais quoi emanating from the glittering lights of Broadway and the city’s disgusting steaming sewer grates. No TV show understands this more than Broad City, a comedy featuring two 20-something best friends not trying to “make it in New York,” but merely trying to survive.

The show features struggling artist Abbi Abrams played by Abbi Jacobson and her slacker best friend, Ilana Wexler, played by Ilana Glazer. Abbi is the only character on the show with ‘New York-style’ aspirations, wanting to be an artist and failing at that endeavor while working as a cleaner at a gym. Ilana has no aspirations to speak of, save smoking weed, having sex and not working. Abbi’s roommate’s boyfriend can be found constantly inhabiting her couch against her wishes, playing video games and getting bedsores. The only character with a profession on the show isn’t employed as a writer or in advertising or another glamorous urban profession, he is a dentist named Lincoln Rice played by Hannibal Buress.

[youtube https://www.youtube.com/watch?v=WG1-GSubR98&w=560&h=315%5D
As a native New Yorker–yes I am pulling that card—it is refreshing to see someone working in an actual occupation that might be carried out anywhere. It’s refreshing to see the “permanent house guest,” Matt Bevers (played by John Gemberling), not as some zany Kramer (Seinfeld) or flighty Jessa (Girls), but as a terrifying permanent fixture and scourge upon one’s life. Bevers seems to literally have nowhere else to go and is thoroughly unpleasant, spilling food in Abbi’s bed and refusing to assist her in any way without compensation. He doesn’t have Kramer’s quirky motivation or Jessa’s carefree joie de vivre, he is a loser–and not in any quirky New York-specific sense, just generally.

Too often New York City plays backdrop to glitz and glamour, beckoning Midwestern kids who were the far less talented real-life Rachel Berry’s (Glee) of their high school to come to the “big city” to make it. With each new glamorizing production where New York is the precious centerpiece, more of these hapless immigrants with stars in their eyes invade my personal space with their big dreams, making me seem embittered rather than just an average New Yorker. That New York City looms large in the collective imagination is undisputed; it’s not just a place where people happen to be, it is deliberate and larger than life. While we can agree that it means “something” to be from New York, the “something” that it means to me is not what you media-brainwashed non-New Yorkers are thinking.

Shows such as Sex and the City and movies and songs too numerous to count present New York City as the place “where dreams are made of” to quote my old choir-mate (and fellow product of NYC public schools), Alicia Keys (nèe Augello-Cook). While it is true that Alicia Keys and I are both highly ambitious natives, I cringe at her clichèd cinematic rendition of our hometown’s hardships.

“Grew up in a town that is famous as a place of movie scenes
Noise is always loud, there are sirens all around and the streets are mean
If I can make it here, I can make it anywhere, that’s what they say
Seeing my face in lights or my name in marquees found down on Broadway
Even if it ain’t all it seems, I got a pocketful of dreams”

I’ve got a pocket full of barf, Alicia!

The song goes on to mention people who have a hunger that’s more powerful than hunger from an empty fridge–but so many people have that type of hunger–the empty fridge kind–that it’s hard to focus on the importance of bright lights and big dreams.

Carrie Bradshaw and her faux middle-class friends would be horrified to run into Abbi and Ilana, the true denizens of New York. I can imagine Charlotte running for the hills as Ilana proudly pulls out her giant blunt made from weed dust gathered from her apartment.

While native New Yorker and Girls creator Lena Dunham presents some of the gross realities of being a woman of a certain age trying to eek out an existence in New York, nearly every character on the show has some form of New York-style ambition. In a recent episode of Girls, Shoshanna went on a job interview just for practice and declined the position she was offered because it wasn’t good enough. On a recent Broad City episode, Ilana interviewed interns to do her job for her after her boss told her that she had to make at least one single sale–the company she works for called: “Deals Deals Deals.” Within hours, Ilana is able to round up a motley crew of highly qualified yet desperate individuals from a diversity of backgrounds–that is the New York City I know, chock full o’ ridiculous desperation!

Broad City presents an absurdist take on the New York City experience that isn’t as solipsistic as Seinfeld, where comedy was often based upon the mental gymnastics of each neurotic character. On Broad City, Ilana and her mother go shopping for knockoff purses in Chinatown and end up sharing a blindfolded van ride to a sewer grate where the bag vendors keep “the good stuff”— an experience that I have not yet shared with my own mother, but much like the time we went shopping in an underground store in Brooklyn run by orthodox jews that only sells children’s educational supplies. Or the time a woman got into my moving cab with one shoe on, pulled out her laptop to charge her cellphone and proceeded to tell me she was running away from her boyfriend because he just found out she cheated on him.

New York City is something that happens to you, not a destiny you can shape, and Broad City gets that. To live here is to surrender to the absurd and illogical, and you know you’ve made it as a New Yorker when three N trains in a row when you need an R strikes you as the hilarious punishment of a comedic genius God, not something you can write to the MTA about.

Broad City takes a humorous premise: people live in New York City, then goes from there, exploring the apartment search, the sweaty subway ride, the missed package and the job search as they play out in a city filled with actual people of all ages and at least a few races, many of whom are miserable. The dreams that Broad City’s Ilana has, such as: to be able to give birth in a water pool that should be in Abbi’s house because her own house is too disgusting— those are the dreams of the common man–the common yet crazy man, the man or woman (in this case) crazy enough to live in New York.

Elizabeth Daley is a writer. She is from New York City but fled to Pittsburgh. Her articles have appeared in USA Today, The Christian Science Monitor and numerous publications through her work with Reuters. Follow @FakePretty on Twitter. 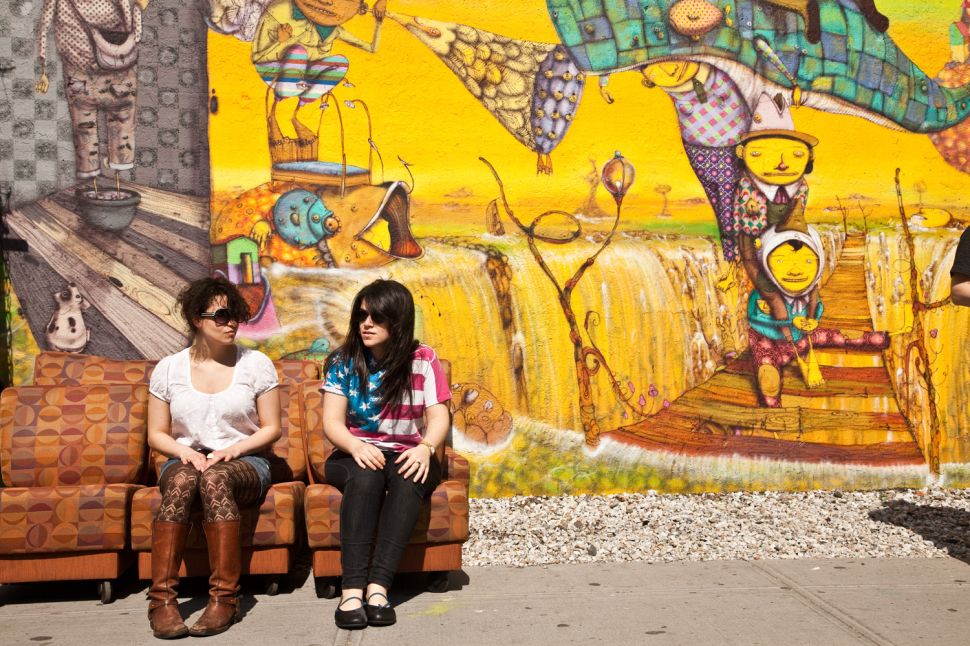