For Mr. Heastie, a northeast Bronx Democrat elected speaker earlier this month, the meeting will be a chance to establish ties with a community he has never represented in office. Mr. Hikind will also have much to gain.

The fiery lawmaker, first elected in 1982, drew power from his close ties to the former Assembly Speaker, Sheldon Silver, a fellow Orthodox Jew. Mr. Silver was forced to resign his post after he was arrested–and later indicted–on federal corruption charges.

“He’s basically trying to show them that even if Silver is gone, he’s still the go-to guy, the guy that has the speaker’s ear and is relevant in Albany,” a Borough Park source said.

But Mr. Heastie’s appearance with Mr. Hikind could raise at least some eyebrows. Mr. Heastie is the first African-American speaker of the Assembly; Mr. Hikind, as the Observer reported in 2013, drew controversy for dressing in black-face for a holiday party. He later apologized.

Spokesmen for Mr. Heastie and Mr. Hikind did not return requests for comment. 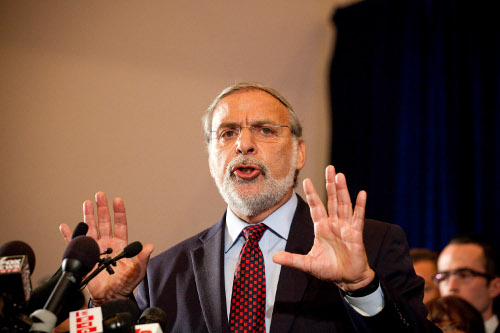