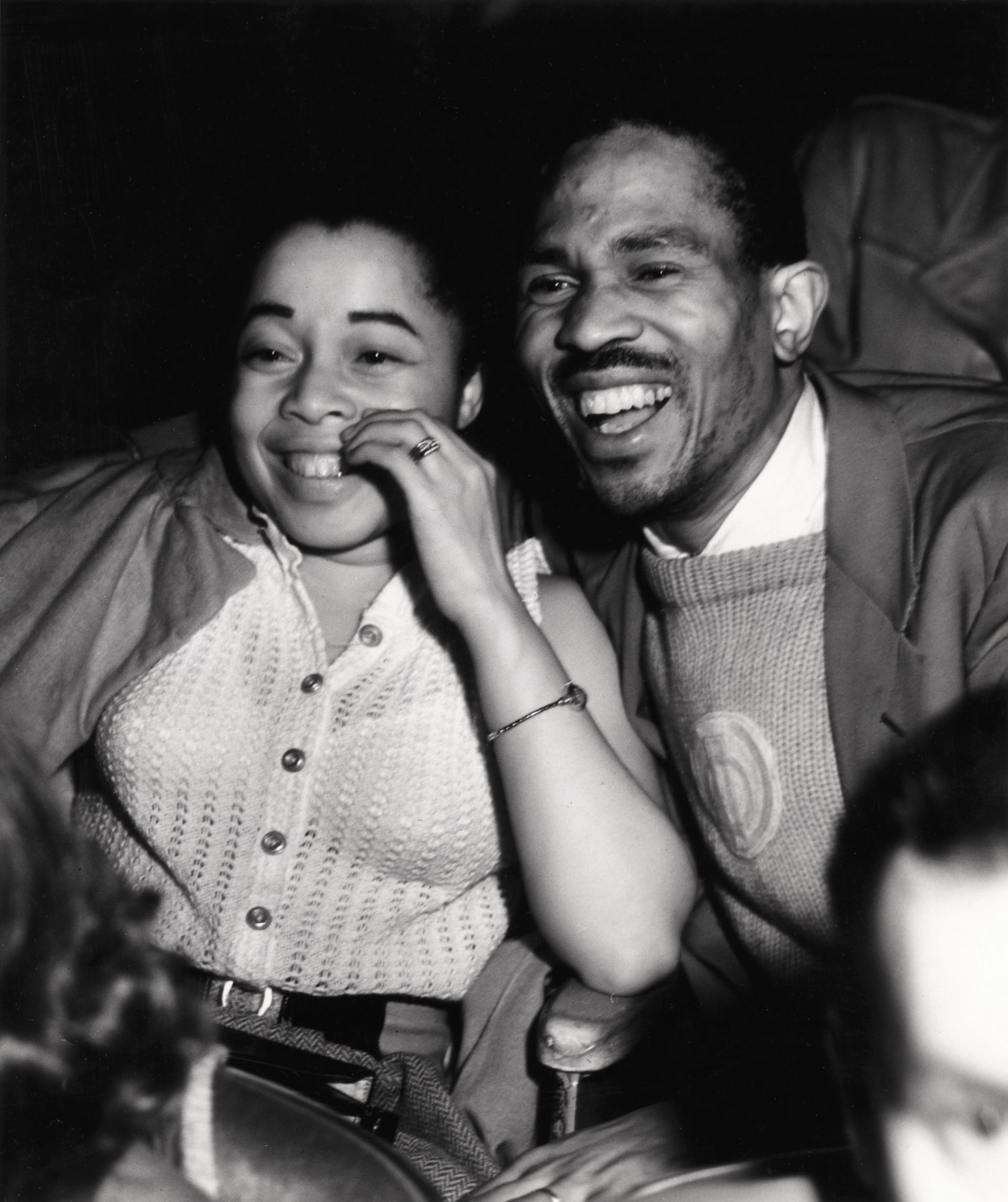 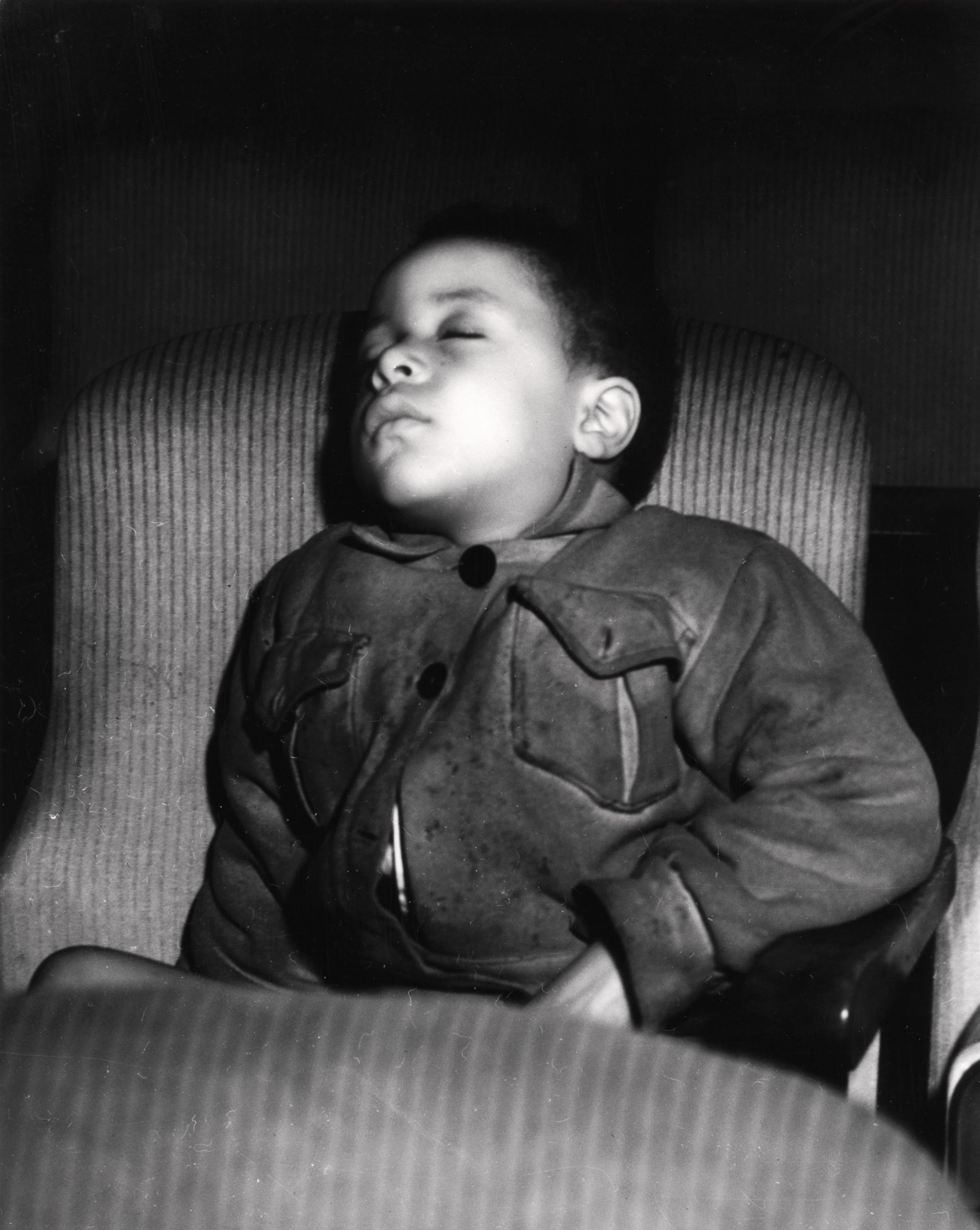 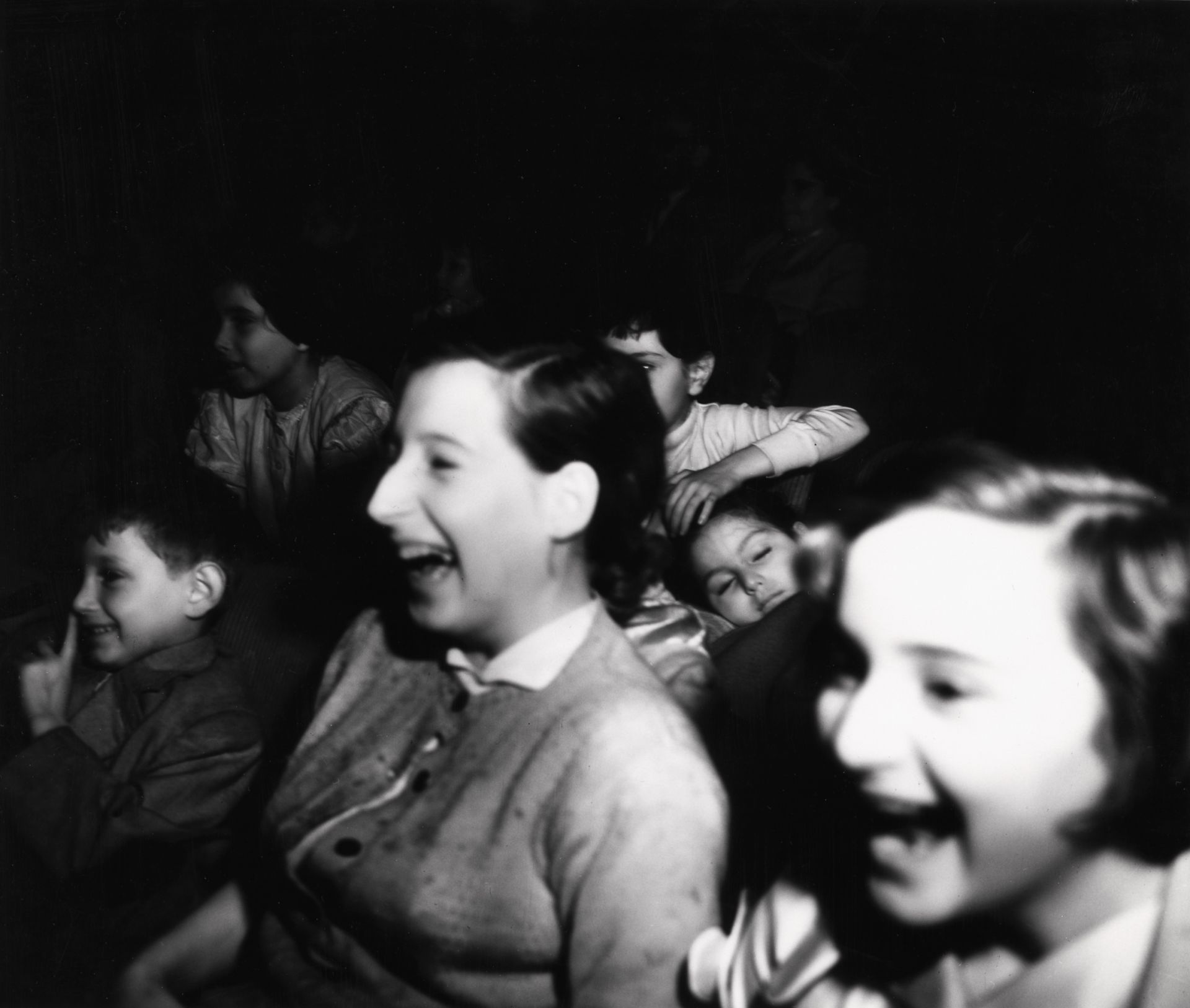 Children laughing while watching a movie in a theatre (Photo: Weegee, Courtesy of ICP)
dispatches 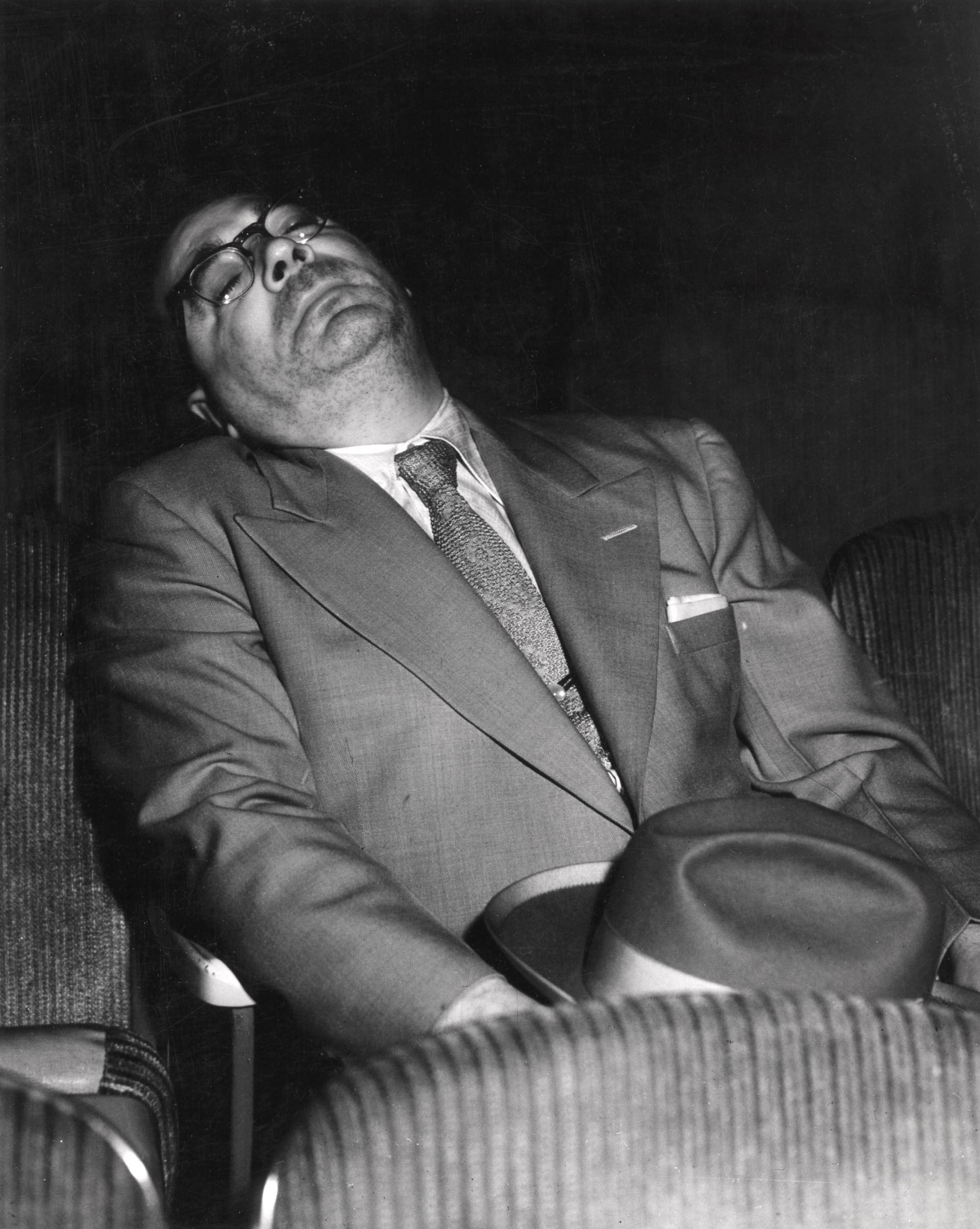 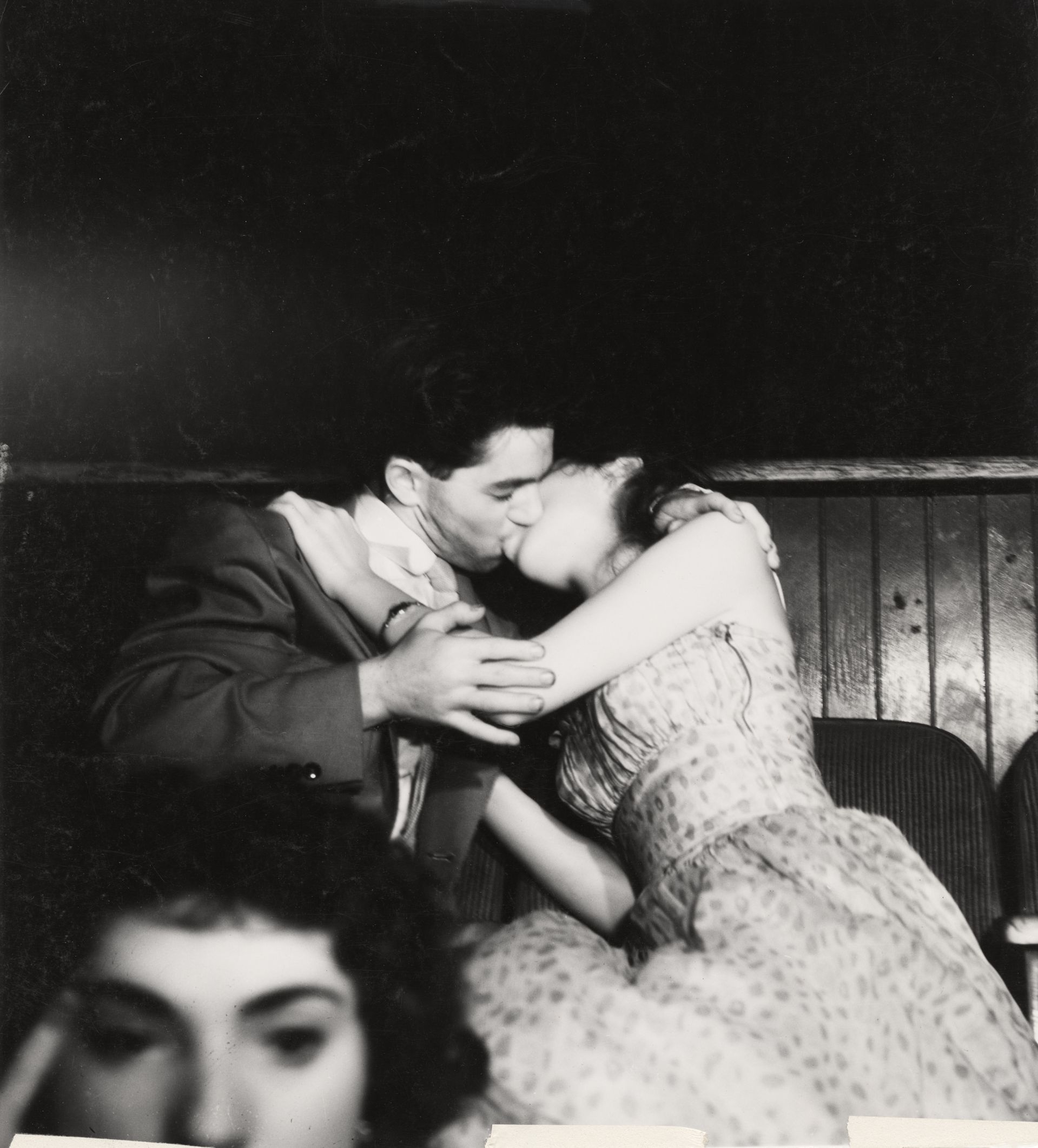 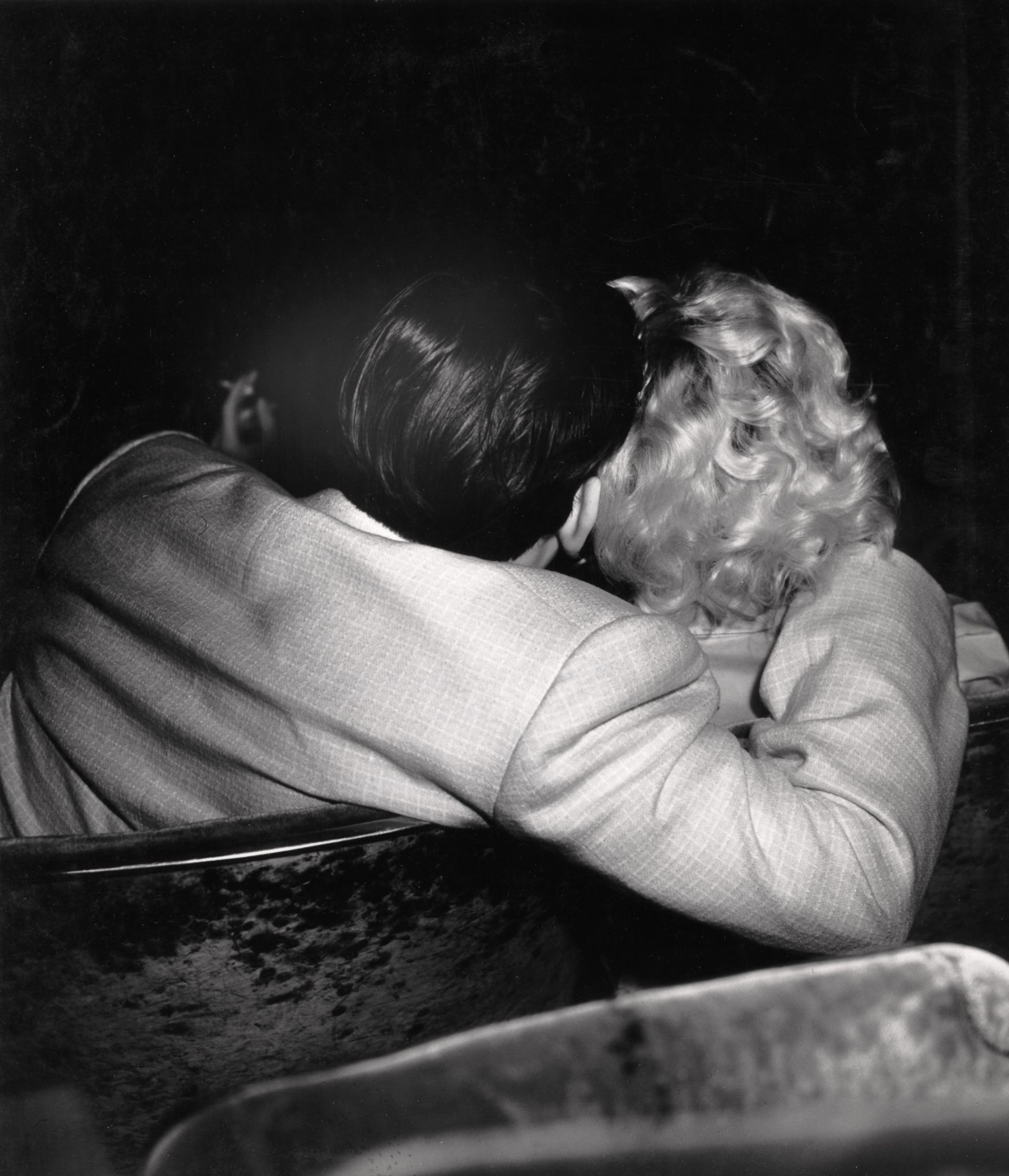 Lovers at the movies (Photo: Weegee, Courtesy of ICP)
dispatches 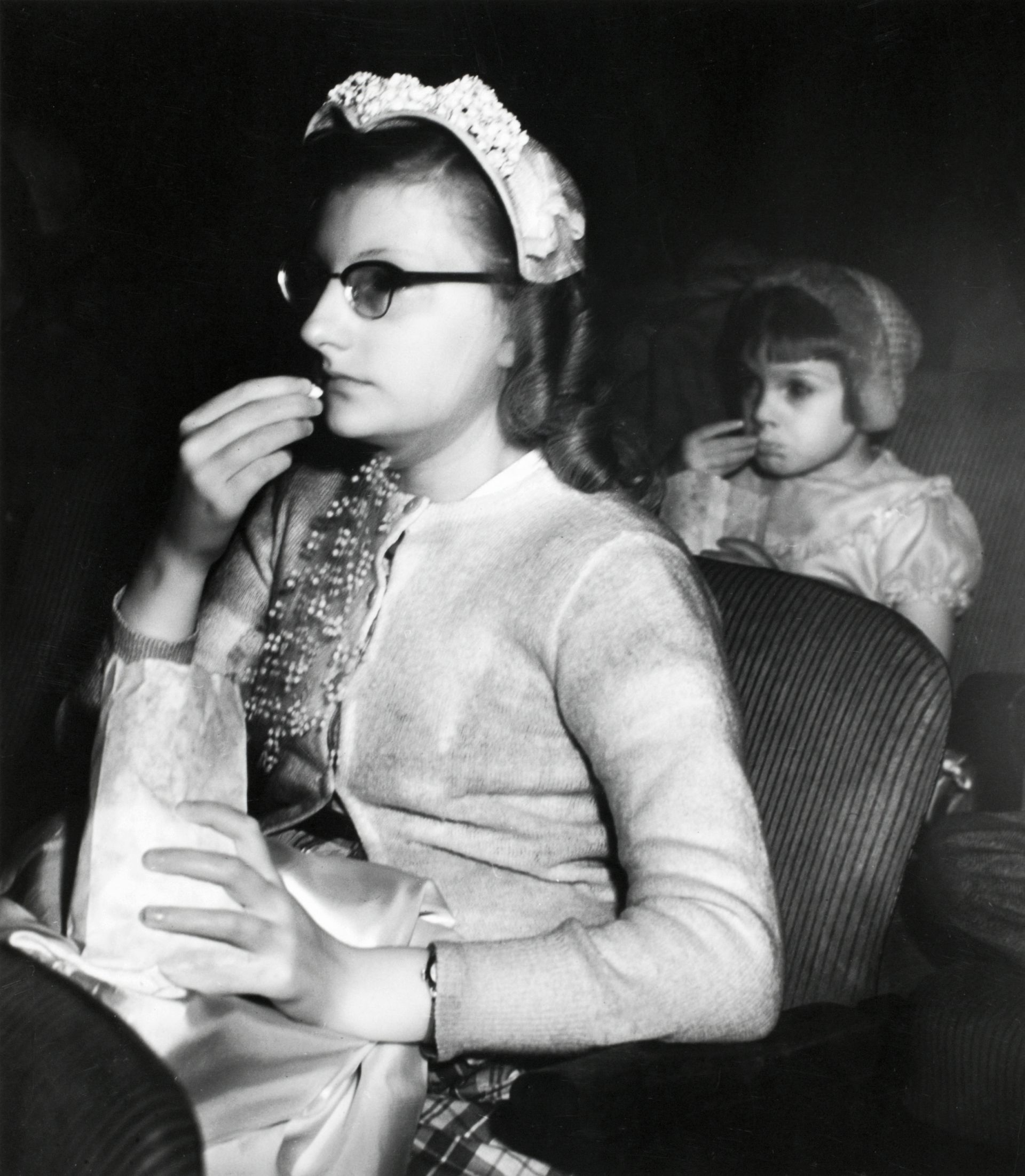 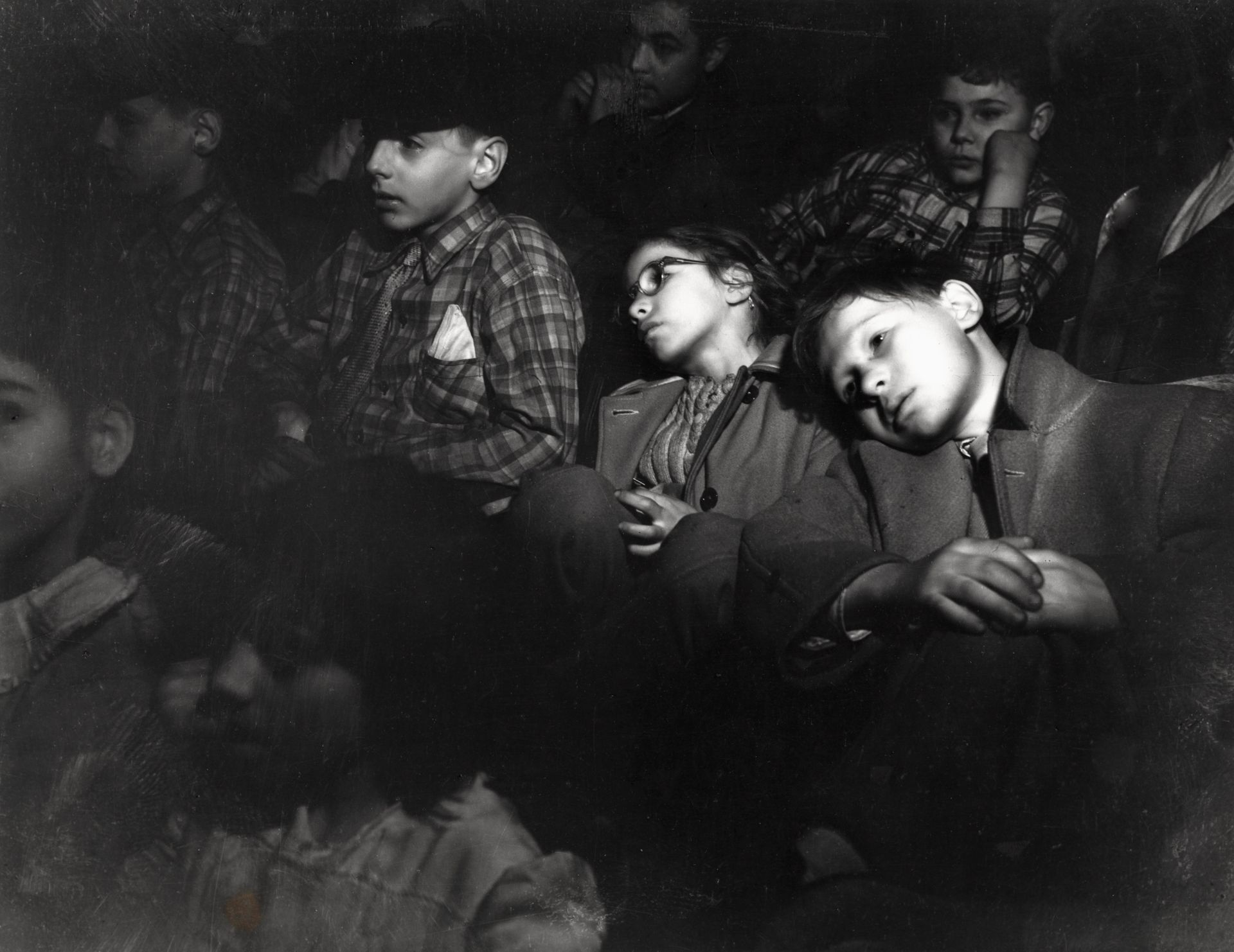 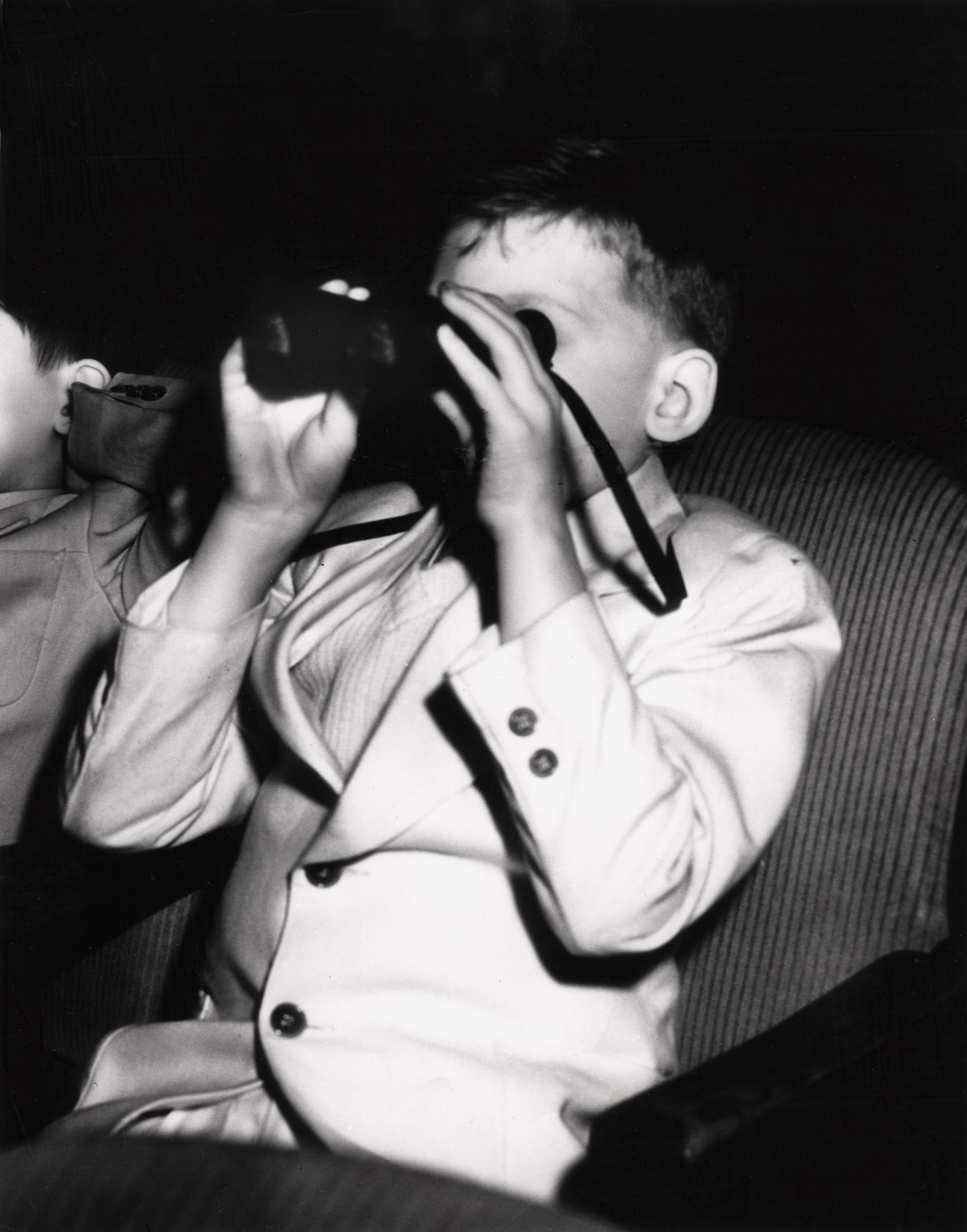 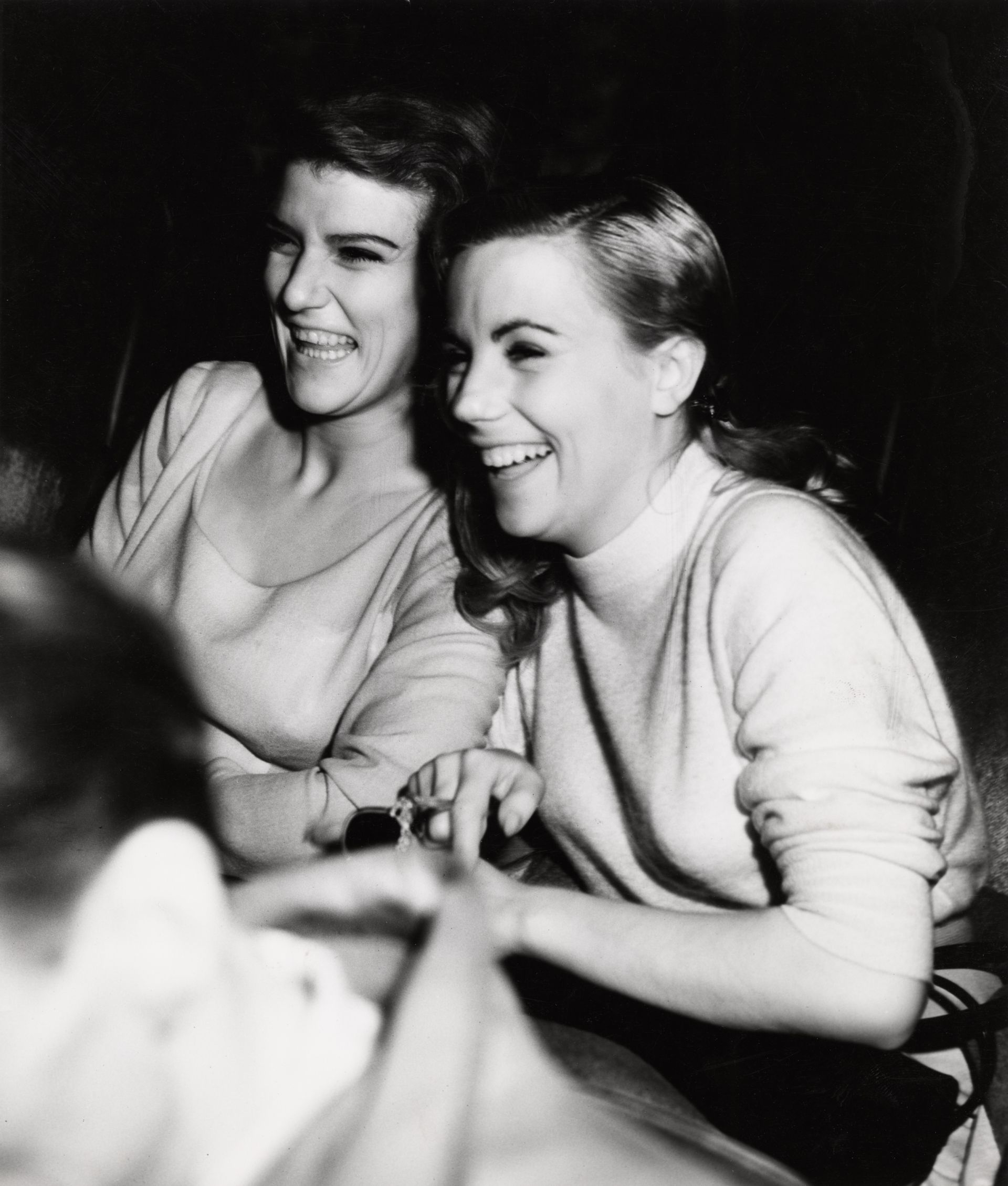 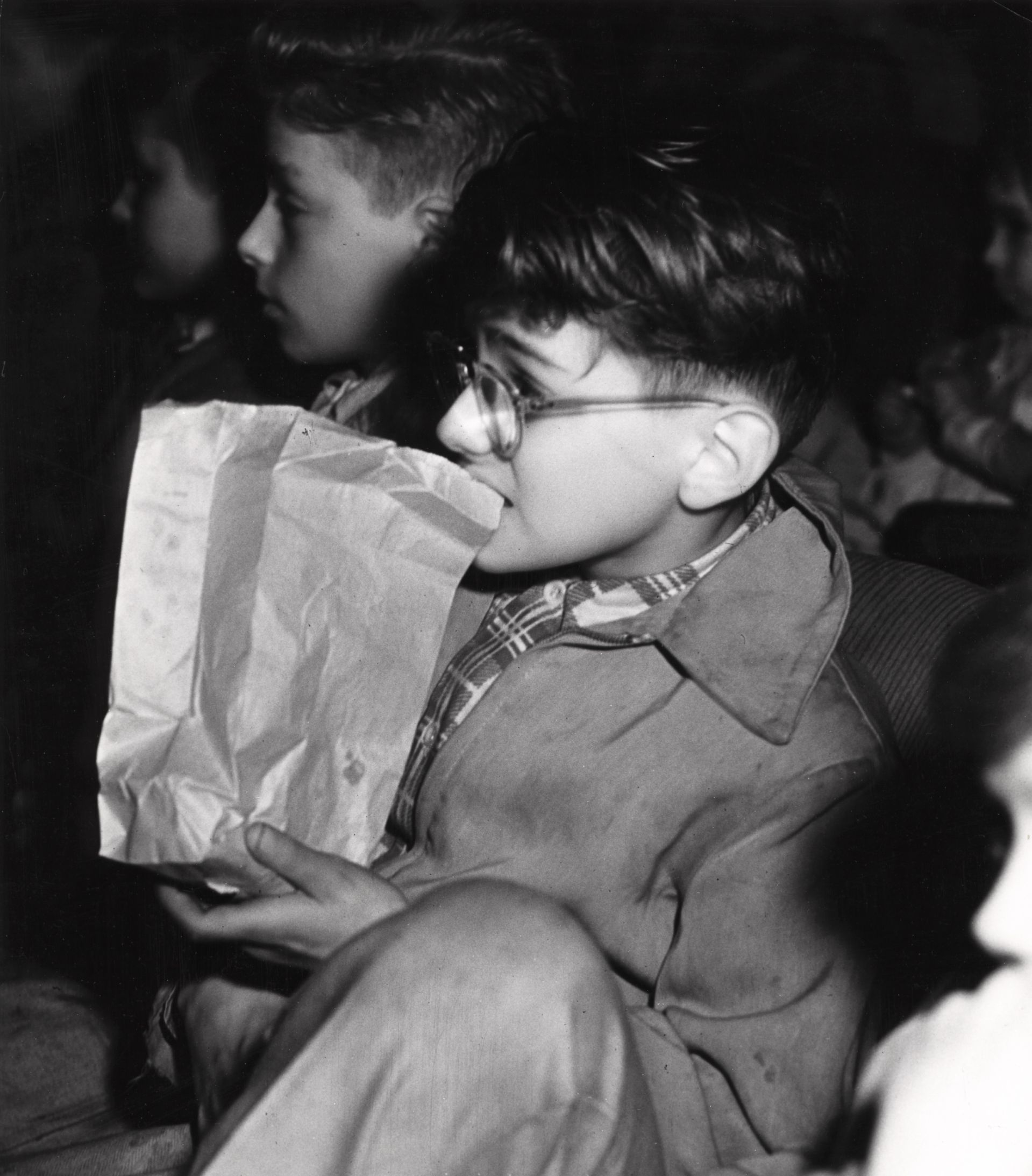 Boy eating out of a paper bag in a movie theatre (Photo: Weegee, Courtesy of ICP)
dispatches 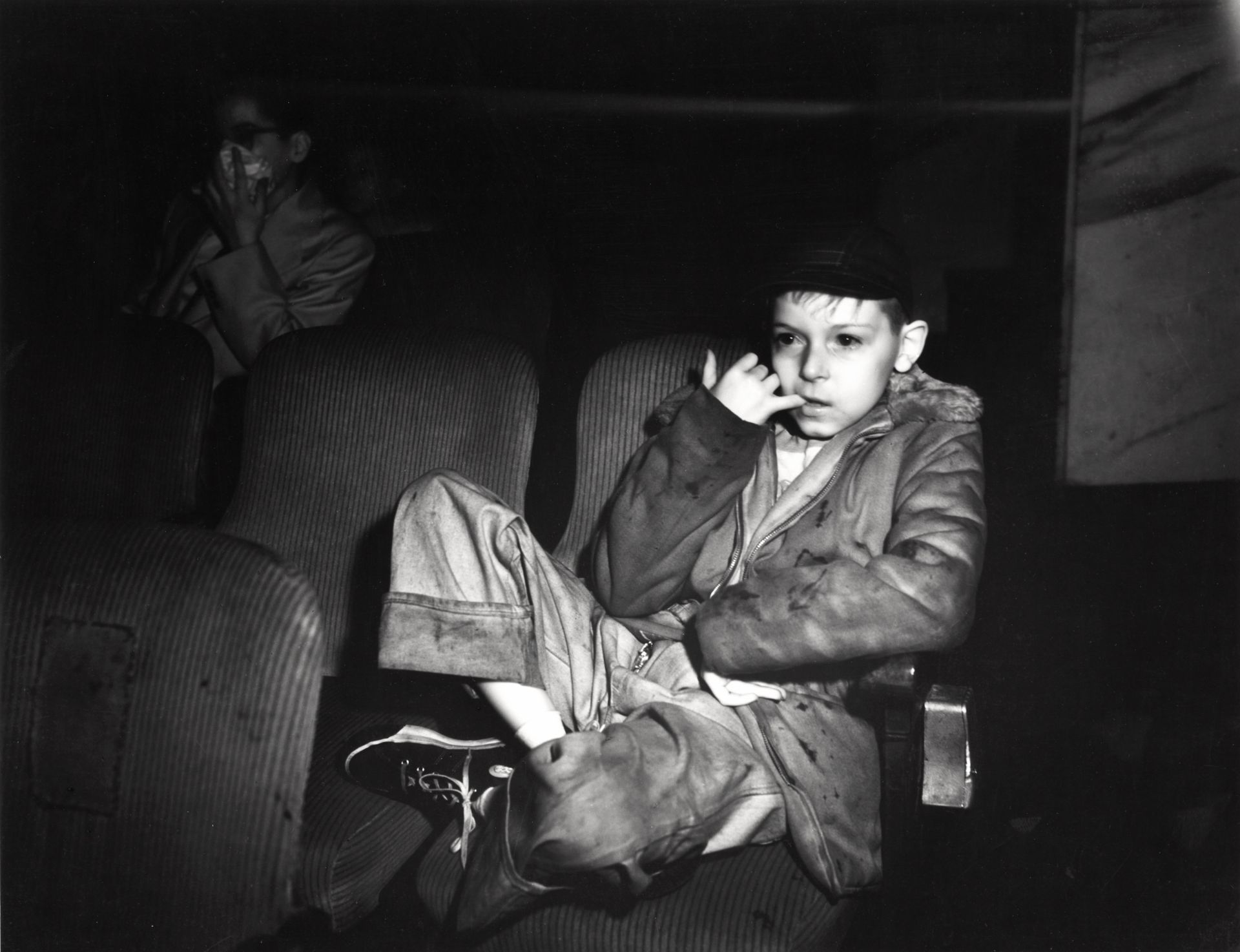 Boy with finger in his mouth in a movie theater, New York (Photo: Weegee, Courtesy of ICP)
dispatches 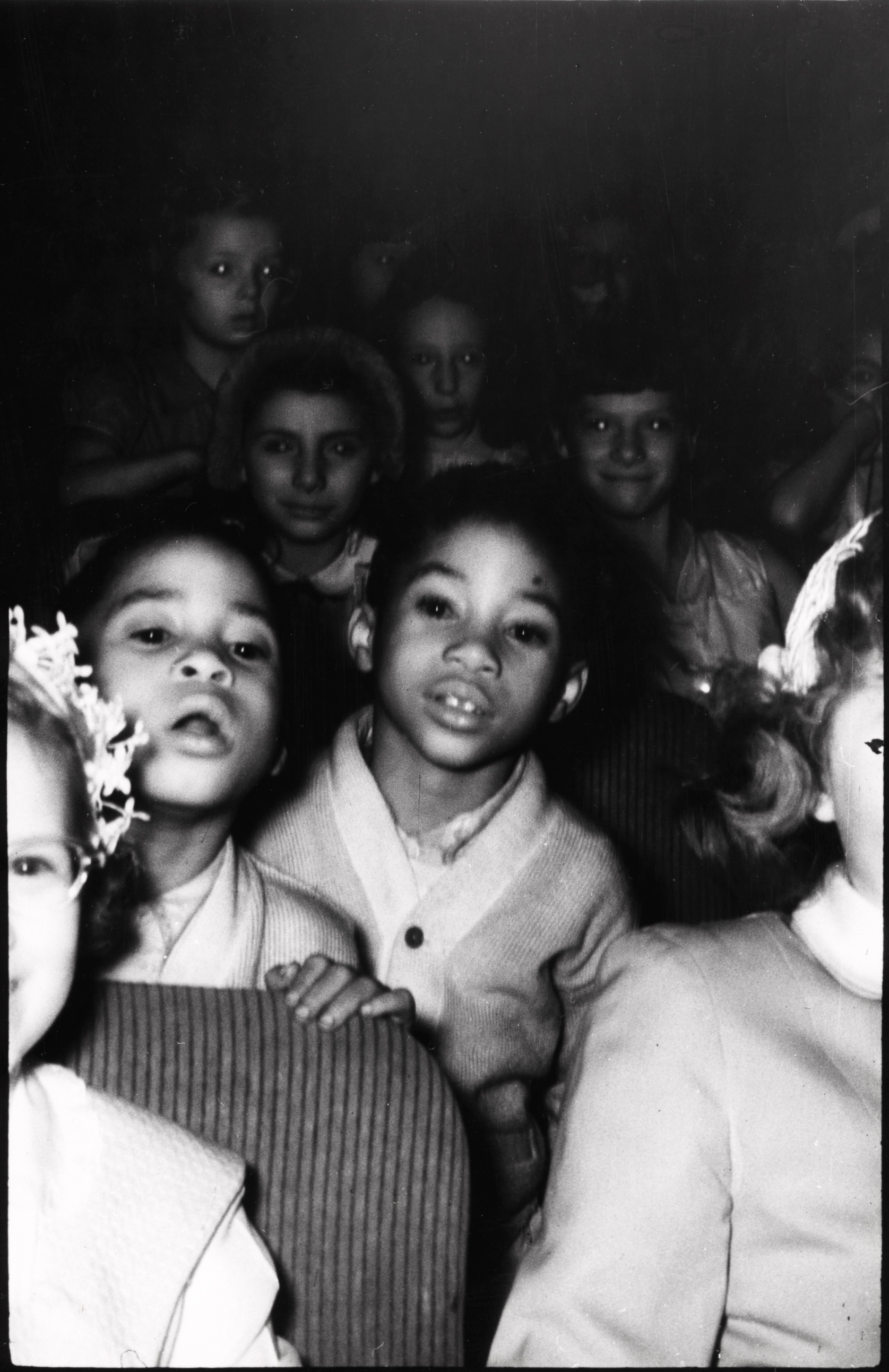 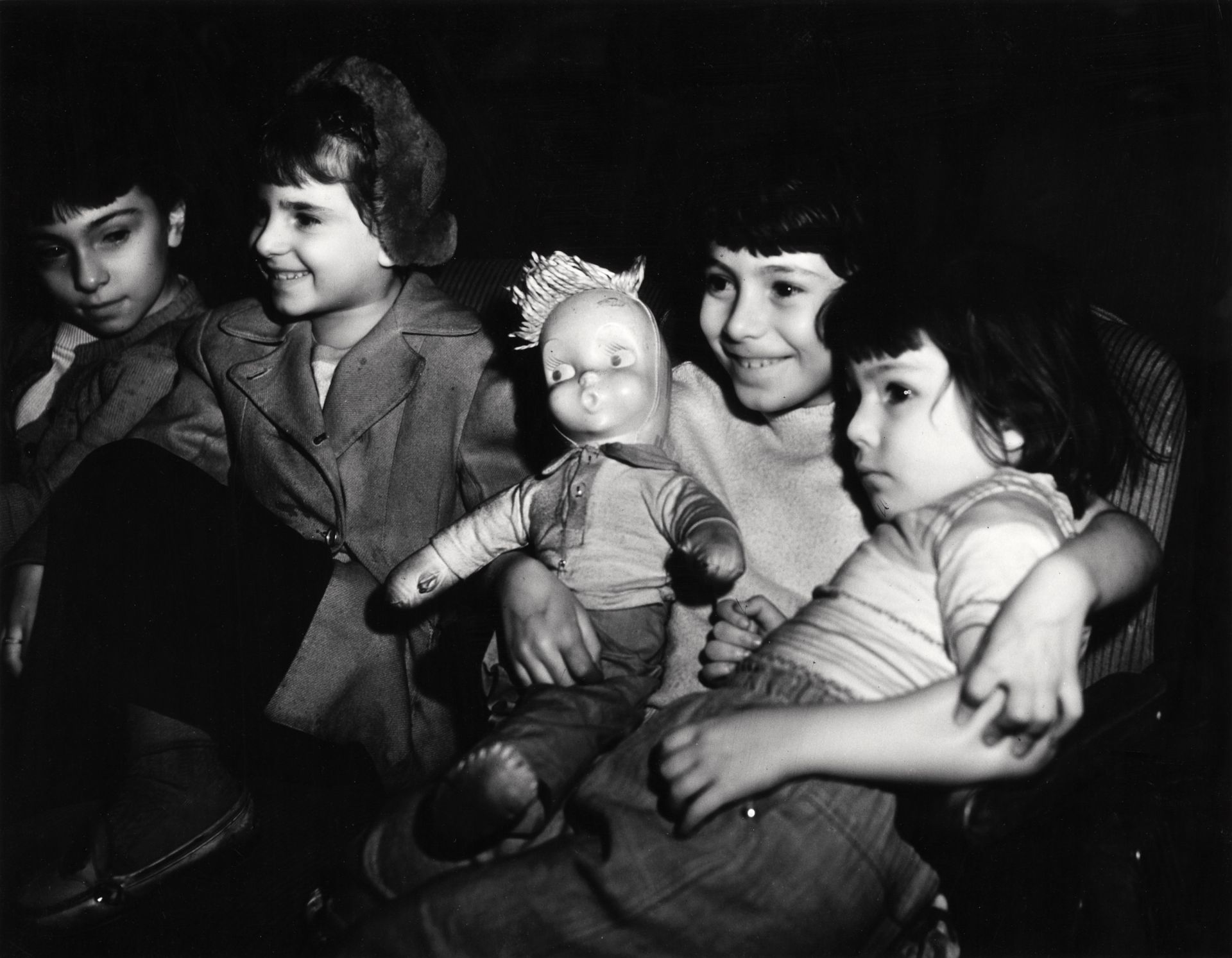 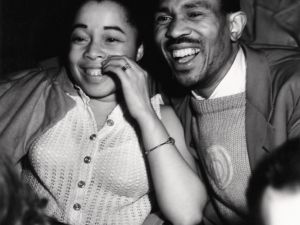 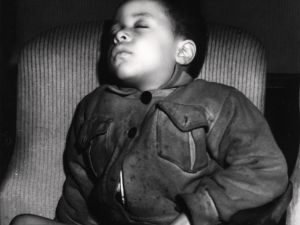 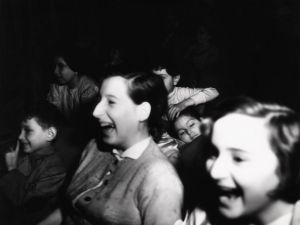 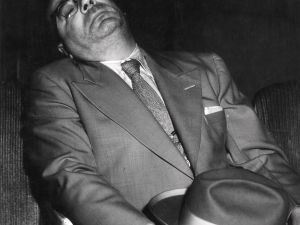 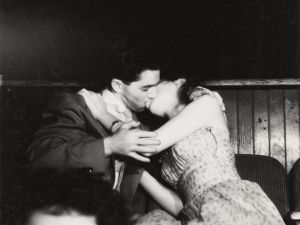 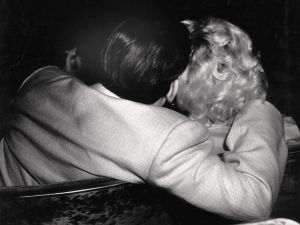 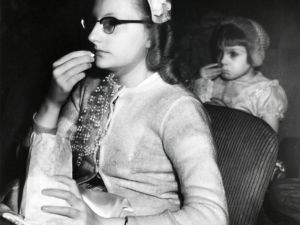 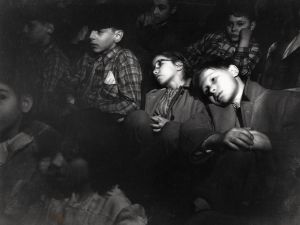 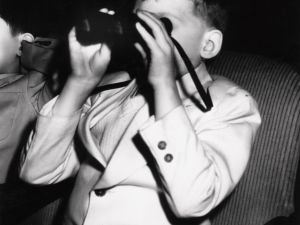 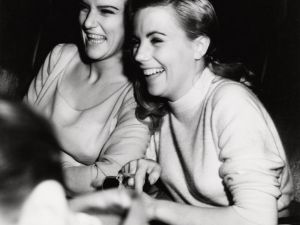 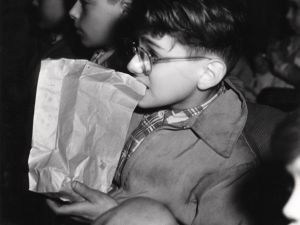 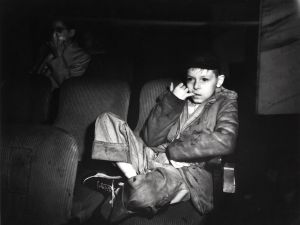 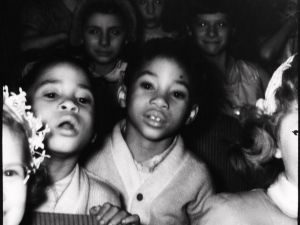 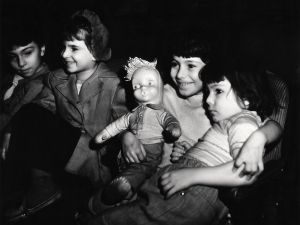 Take a look back at New York’s historic tabloid photographs during the mid-20th Century and they’ll probably be connected to Arthur Fellig, otherwise known as Weegee.

While famed for snapping grizzly images of the city’s crime scenes, one of Weegee’s lesser known series ‘Movie Theaters’–comprised of fourteen black and white photos, all shot on infra-red film–is currently on display at the Bow Tie Chelsea Cinema in honor of its 115th anniversary, organized by The International Center of Photography (ICP).

Pauline Vermare, ICP’s curator of the exhibition, described this particular Weegee series as emblematic of his life work and captures the precious moments of movie-goers watching a movie in the mid-1940s.

“He was a unique photographer specializing in parallel universes and sort of a film noir applied photography,” Ms. Vermare said. “He was very interested in crime scenes, and misfits in a sense, people who were just in the margins of society.”

ICP owns over 20,000 original Weegee prints, all donated to the center after the photographers’ death in 1968, and have exhibited his work across the globe, including Weegee: Murder Is My Business which documents various murder cases throughout New York City.

Ms. Vermare said the exhibition allows people the opportunity to understand that the simple enjoyment of going to the cinema hasn’t changed in almost half a century–-people still love to disappear for a few hours into the idea of a Hollywood world.

“You don’t go into a cinema and expect to see a photo exhibition, especially in this case that relates to you, the viewer, the person who is going to see the movie,” Ms. Vermare said.

The exhibition is running until June 14, 2015 and is located on the second floor of the Bow Tie Chelsea Cinema on West 23rd Street.