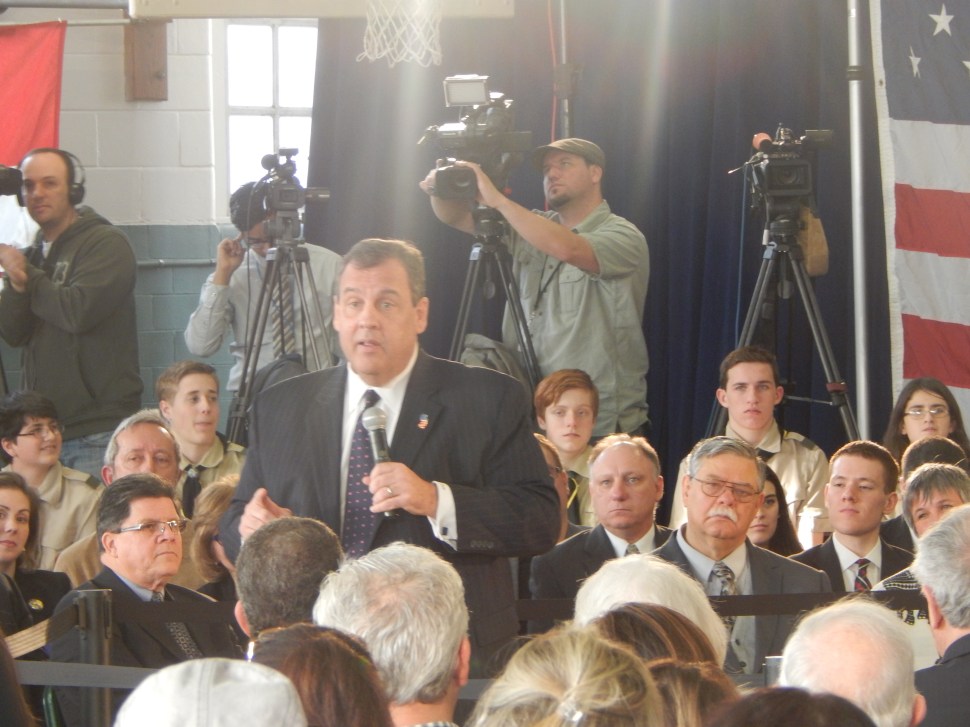 MOORESTOWN — Gov. Chris Christie wants New Jersey residents to know that he’s not going anywhere — at least until his term ends in 2017.

“There’s all this speculation that I’m running for president,” Christie said at the close of his 128th town hall here today. “And there’s a sense that that will prevent me from doing my job here.”

“I want you to know that everyday, I’m working as hard as I can to do the things that need to be done in the state,” he added.

Christie is using the event here today to tout his latest budget proposal as he heads into his last two years in office — and, likely, as he heads toward a presidential run for the Republican nomination in 2016. He’s been criticized in recent months for putting to much focus on his future political ambitions while neglecting his obligation at home, spending as much as a third of his second term out of state exploring that run.

Today, he sought to squash the chatter.

“I don’t want to leave this job unfinished, because I want you to stay here. And so do I,” he told one audience member.

Christie said he’s more prepared than ever to tackle the state’s toughest issues — like overhauling the state’s pension and benefit system and resisting the urge to raise taxes to pay for it — because he’s reaching the end of his term.

“It gives me a certain amount a freedom,” he said. “I’m not in the ballot in New Jersey ever again.”

The two-term incumbent said he still feels pangs of pride upon entering the statehouse, where he arrived in 2011 after jumping from local freeholder to state U.S. Attorney under the Bush administration.

“And everytime it touches me, and it makes me shake my head,” Christie said.

“And it makes the legislature say the same thing,” he cracked. 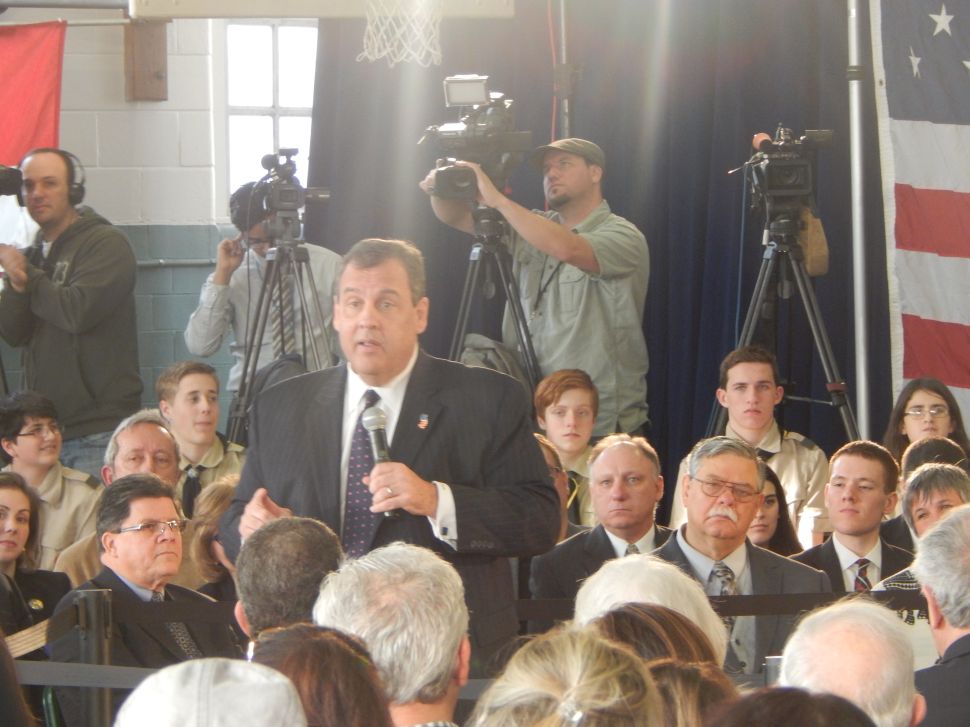