A prospective presidential candidate with apparent plans to vie for the party nomination in 2016, New Jersey Gov. Chris Christie continues to face serious competition as other aspiring Republicans slowly encroach on his home turf. Former Florida Gov. Jeb Bush, for example, has been using these last few weeks to vacuum up support from major Garden State donors still wavering on the brash-imaged incumbent.

Now, as the New York Observer notes in its latest presidential politics piece, Christie’s got another problem: Scott Walker.

Read about it here. 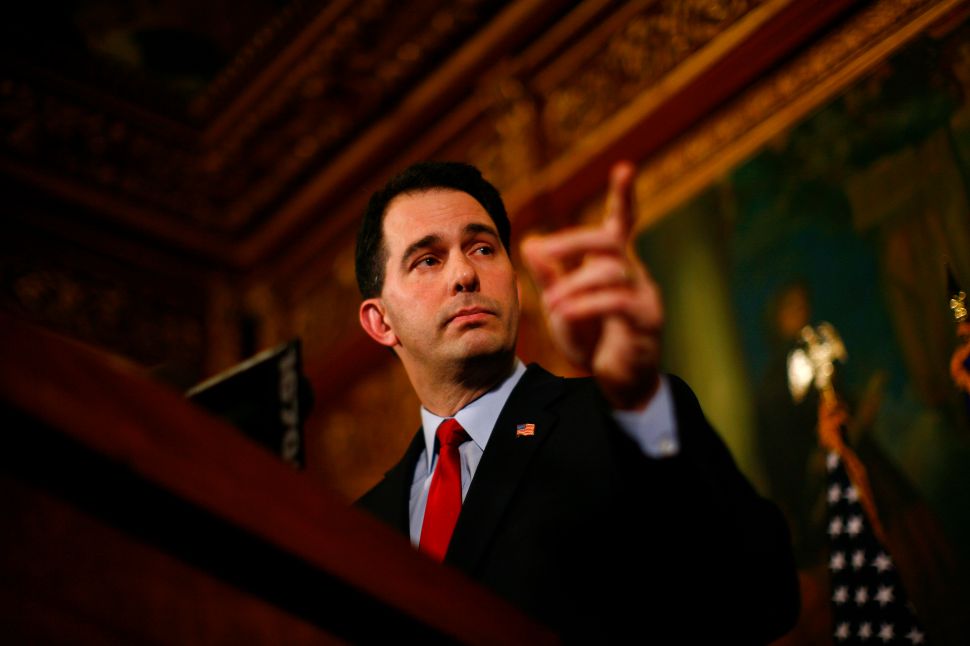